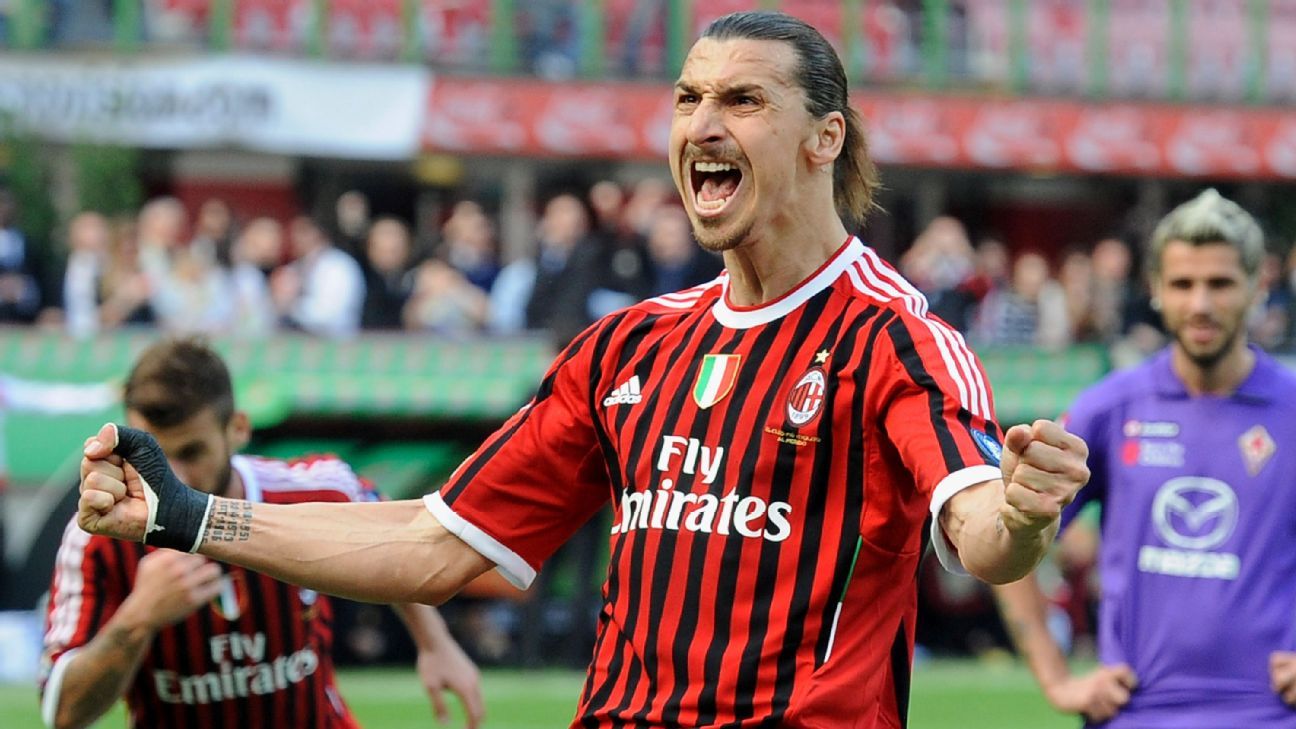 
I get it. Lions don’t compare themselves with humans: it says so in his Twitter bio. But lions still need to be fed and paid for, and, crucially, they take up space.

The prospect of Zlatan Ibrahimovic returning to Milan has been hailed as both “romantic” and “outside-the-box” thinking. It would obviously be the former, with His Zlatan-ness returning to the city where he spent more years than any other during his professional life, six-and-a-half seasons before his switch to Paris Saint-Germain.

It’s not quite “outside-the-box,” though. In fact, it’s a throwback to the short-term rentals of the Silvio Berlusconi era when big names and bigger, faded reps were all the rage, as long as they were free or close to it. Let us recap, working backwards from 2016-17: Jose Sosa, Kevin Prince Boateng (the sequel), Fernando Torres, Alex, Jeremy Menez, Michael Essien, Kaka (another sequel), Bojan Krkic… yes, all these guys came through San Siro’s revolving doors.

What did they all have in common, other than costing little or nothing in transfer fees (but often a whole heck of a lot in wages)? They were all big (OK, some were more biggish than big) names who had hit upon hard times but who the club believed would be motivated to spark back into life once they smelled the Milanello air and experienced the roar of San Siro. They didn’t all turn out to be duds, of course, but to a man, they were all short-term instant fixes who did not leave much of a mark.

Ibrahimovic has been described in Italy as a guy to bring in through the end of the season as pretty-much-instant offense. Plus he’d generate excitement, titillate some sponsors on Instagram, sell a few more tickets (though with an average attendance of nearly 55,000, Milan fans have been loyal to the point that they probably don’t need a player to move the needle) and help guarantee that top-four finish Milan so desperately need. And who knows? If things go well, maybe he’ll stick around.

That’s why, despite Milan remaining coy about their interest, the Zlatan story rumbles on.

Italian papers have been full of stories about how he’d fit in, how much he and his family love the city, their favorite places to eat, shop and get facials. In fact, he’d be so delighted at the prospect of a return that he’d give the club the classic “hometown discount” — agreeing to join, according to reports, for around €2 million net plus bonuses for six months, which works out to just over $4 million gross and is surely an absolute steal. Except when you look at things a little more closely, the numbers aren’t quite as rosy.

For a start, there’s the assumption that the LA Galaxy, who still have him under contract until the end of 2019, would simply let him go for nothing. Maybe they would, but assuming they’ve built some sort of marketing campaign around him, they might want to keep him around or, at least, want some compensation back. Yes, $4 million for six months’ work sounds like a snip, but then you consider that he’d be the third-highest-paid player (on a pro-rated basis) at the club, after Gonzalo Higuain and Gianluigi Donnarumma.

What do you get for that? Sure, you get a lion and a cyborg and a mountain man who could subsist in the snowy Swedish wilderness with only a jackknife and a compass, as well as a guy who scored 22 goals in 27 games for a not-very-good Galaxy team in Major League Soccer. The first question is how much of that translates into Serie A production. It’s not just a question of the quality of the opposition; in Los Angeles, he was the focal point of the attack just as he was at Manchester United, where he managed 29 goals in 53 appearances in all competition.

At Milan, presumably, he’d be sharing the frontline with Higuain. Sure, the cliche is that great players can always co-exist, but there are also issues of chemistry and it’s not clear at all that it would be a natural fit. Do you necessarily want Higuain, the more mobile of the two front guys, to be the one racing around and tracking back, especially as he turns 31 next week?

And then there’s Patrick Cutrone. He’s 20, scored 18 goals last season, works his rear end off and is home-grown. Is it smart to cut his minutes, and thereby hamper both his development and his potential resale value if you need to raise money, to accommodate Ibra?

It’s not that clear-cut just as it’s not obvious that you would want to move to a front two, because that necessarily means shifting to 4-4-2 or 3-5-2. Neither is a great fit right now given that guys like Suso, Samu Castillejo and Hakan Calhanoglou aren’t ideally suited to playing wide in a midfield four (and they’re even less suited to wingback).

All of this is juxtaposed with Milan’s supposed absolute necessity of a top-four finish to ensure Champions League revenue (and equivalent sponsorship next season). I get it. It’s the difference between making $100 million (maybe a lot more) and $30 million in the Europa League. For a team still hamstrung by the excesses of previous administrations — and is certain to face further Financial Fair Play sanctions for the disaster inherited by the new owners — that money matters. The question, though, is how to best get there.

Milan have been brutally unlucky with injuries, particularly at the back and in midfield. Their central defenders should return by the new year (except for Mattia Caldara) and Lucas Biglia by the end of January, but Giacomo Bonaventura’s season is over.

Lucas Paqueta is on his way from Flamengo and you’d imagine he will slot into the Bonaventura role — a role that might not exist if you have Higuain and Ibrahimovic up front. But there’s nobody at the club with Biglia’s skill set and there’s no guarantee what condition he’ll be in when he returns. Nor was he much to write home about before he got hurt, truth be told.

Might it not make more sense to concentrate their efforts there? They’ve been strongly linked to Cesc Fabregas, who turns 32 in May. But is another thirty-something instant fix really what they need?

You sense there’s a fair amount of internal debate going on at Milan right now. (And if there isn’t, there should be.) Getting the chemistry right between youth and veterans is difficult, particularly when you have a make-or-break goal ahead of you as well as likely fines and restrictions on their way because of past FFP violations.

Ibrahimovic, clearly, is a freak of nature. He’s also 37 years old and, as with every team he’s played on, you’ll need to redesign the style and lineup to suit him. At best, he’ll be there for a period of 18 months.

If they do sign him, Milan will view it as a calculated risk to put them over the top. Time will tell if it will work, but for a club that’s trying to go in a different direction from the past — and in so doing, modernize, fulfill its potential and return to the glories of yesteryear — it smacks an awful lot of the late Berlusconi-Galliani era. And not in a good way, either.