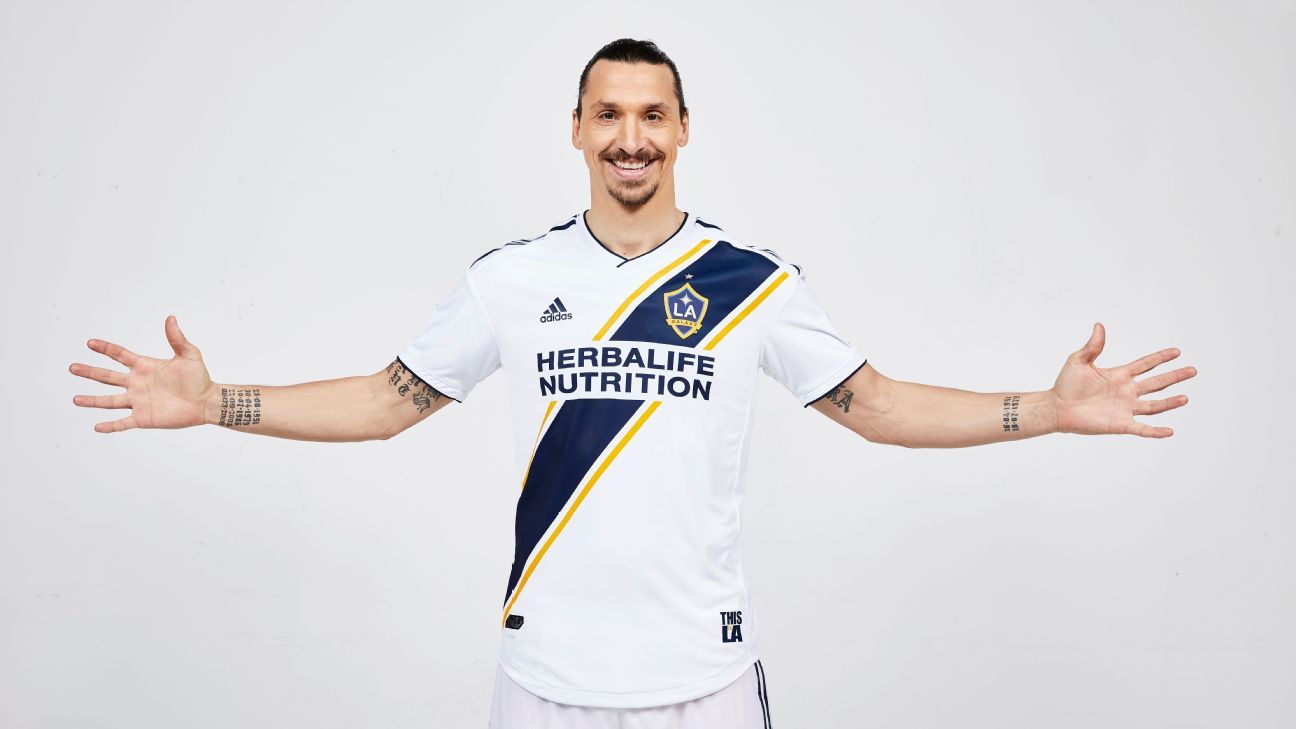 
Zlatan Ibrahimovic has completed his move to the LA Galaxy, with the MLS club announcing the signing of the Swedish striker on Friday.

Ibrahimovic, 36, had his contract with Manchester United terminated on Thursday, allowing the move to the United States.

Sources told ESPN FC that Ibrahimovic signed a two-year contract and the Galaxy will pay Ibrahimovic $3 million using targeted allocation money. He will not be a designated player, with the club already using the three allotted slots on forward Giovani dos Santos and midfielders Jonathan dos Santos and Romain Alessandrini.

Ibrahimovic last played for United on Dec. 26, when he aggravated a knee injury in a game against Burnley, but recently returned to full training with United.

And he told the Los Angeles Times on Friday that he’s ready to play and suggested he could make his debut for the Galaxy at home on March 31 in the club’s first game against new local rivals LAFC.

“I am ready to go now,” Ibrahimovic told the newspaper. “First of all, I’m there to play football. I’m not there for something else. My first objective is to play football and do what I’m good at.

“I’m excited to come over and to get the experience with the Galaxy and to explore how the football is there. I want to be part of it and make it better.”

The striker joined United on a free transfer from Paris Saint-Germain before the 2016-17 season and has also played for AC Milan, Barcelona, Inter Milan, Juventus, Ajax and Malmo.

He scored 29 goals in 53 appearances for United, including two in the EFL Cup final win against Southampton last season.

Ibrahimovic tore the ACL in his right knee in the Europa League quarterfinals against Anderlecht in April 2017. United signed him to a one-year contract in August, one month after a £90 million purchase of Romelu Lukaku, pushing Ibrahimovic to the sidelines.

The Galaxy purchased a full-page advertisement in the Times on Friday that read, “Dear Los Angeles, You’re welcome,” with Ibrahimovic’s signature and the club logo.

Ibrahimovic posted a farewell statement to United on Instagram on Thursday, saying: “Great things also come to an end and it is time to move on after two fantastic seasons with Manchester United. Thank you to the club, the fans, the team, the coach, the staff and everybody who shared with me this part of my history.”