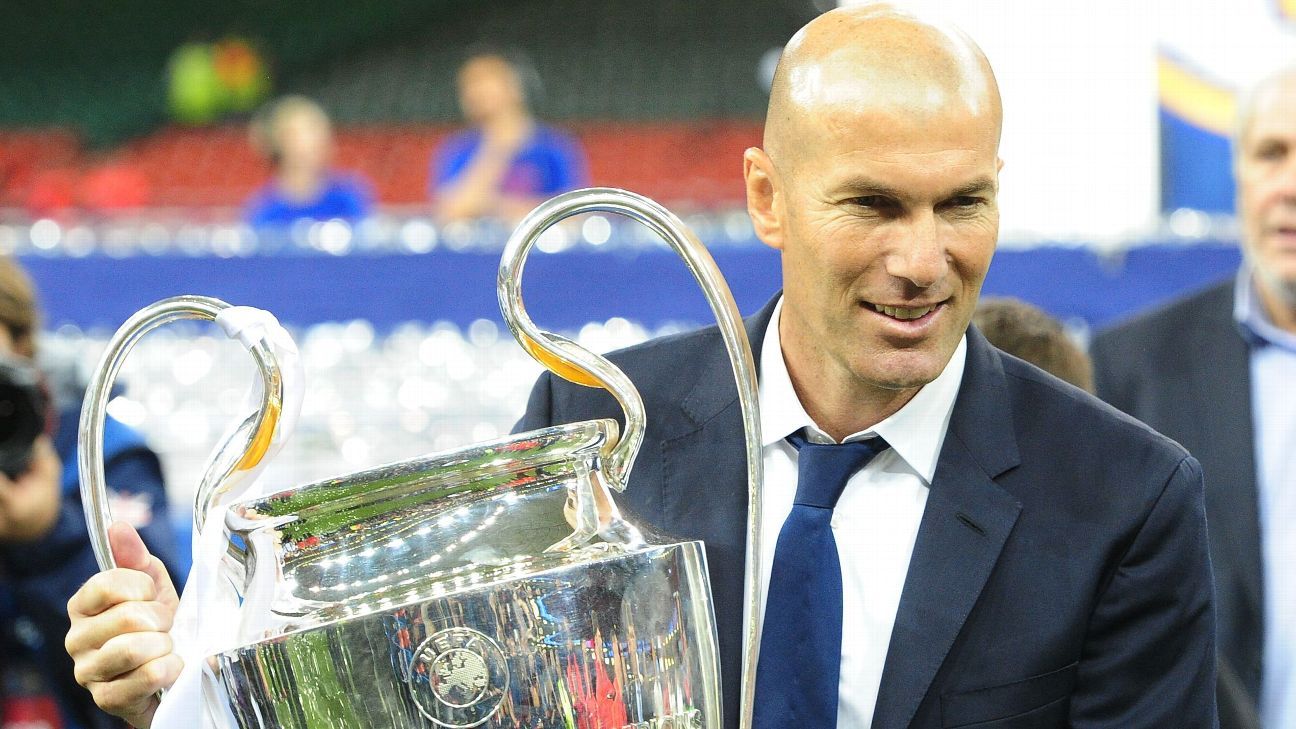 
It’s well known that a big part of the reason Zinedine Zidane moved from gloomy, winter-grey Turin to Madrid in 2001 was to follow the sun. Northern Italy’s dull climate was too much for Zidane’s wife, Veronique, and so while part of the impetus to begin what has become a Zizou dynasty at Real Madrid was to try to lift the Champions League trophy, there was, too, the desire to bask in warmth, light and blue sky.

I mention it, because of how poetic and appropriate that seems now that he has won two Champions League titles in just 20 games in the competition as a manager.

No matter who you support, Zidane has brought warmth, light and brightness to the football world. From his all-time great goal against Bayer Leverkusen at Hampden in 2002, to making history by winning the trophy in his first half-season as coach, then becoming the first team in the modern Champions League era to successfully defend it on Saturday. We live in special times and should be grateful.

Zidane’s players were the first to feel this warmth when he took over in January last year. Madrid have often been accused of being “less than the sum of the parts.” There has always been, and will always be, a plethora of stars and special talents at that club. But jewels always look nicer when the crown that unites them is firm, well-designed and crafted.

Often it’s the team ethic, the “all-for-one” philosophy that is allowed to drift at Real Madrid. But it’s Zidane’s daily work, as much as what he does on matchdays, which has seen his greatest impact on Spanish and European football.

Teaching Cristiano Ronaldo the value of rest was not an easy job. Ronaldo’s mindset of “more goals, more games, more chance of winning the Ballon d’Or, more marketing … more control” was a tough one to disentangle.

Even after he had convinced Ronaldo to take his return from winning the summer’s European Championship slowly, the forward was still stroppy when substituted at Las Palmas in September. But Zidane sorted that. Immediately. By persuasion and consensus; not discipline.

The Frenchman can certainly take partial credit for his totemic player finishing this competition with 10 goals in five games.

Furthermore, he’s infused every player in his Real Madrid squad with the same energy, the same discipline, the same professionalism, the same hunger, and unified them toward the same goal.

The list goes on, but Zidane took all these factors, all these variables, and evened them out. He made the players share a common ethic and level of commitment. This is a modern marvel. These days it is not easy, at all.

Madrid under Zidane are, for the first time in a long while, more than the sum of their parts. And when the parts are as high-class as those at the Bernabeu, that’s a powerful achievement.

To an extent he reminds me of two other super coaches: Pep Guardiola and Vicente del Bosque.

Guardiola had a great advantage in having recently been a top footballer himself. He understood their thought patterns, the stresses of their lives and was able to do something about it.

His idea to trust his players, so that they didn’t need to be cooped up in hotels before matches either at home or away, gifted back many hundreds of hours to his stars and their families and friends. In return they rewarded him with devotion, obedience and commitment.

Zidane has done something similar with his players. Like Guardiola, he and his squad feel a connection — somewhere between a friend and a leader.

Del Bosque, too, put huge faith in his footballers. He let them have nights out and believed in stick and carrot motivation; to some extent he let them govern themselves, and while not all of those in his Madrid era made the best use of that, most did. When Spain ruled the world, all of them did.

Zidane watched that and learned. He was a del Bosque player, and there is certainly something of the great man’s attitude and decisions about him now.

In December 2015, before Rafa Benitez was sacked, I wrote an “open letter” to Zidane asking him not to bale out President Florentino Perez. I wanted him to turn down the job.

Zidane is 10 times the football man Perez is, and a leopard doesn’t change his spots. One day, Perez will tire of, or lose faith in, this elegant, admirable Frenchman. Club legends like Fernando Hierro, Del Bosque, Raul, Claude Makelele and others could warn Zizou that no credit at Real Madrid is limitless.

But there’s one thing about Zidane that attracts me and doesn’t get the coverage it merits: the idea that his job is fun.

This is something that he shows in his demeanour, his smile, his candour and patience — everything he does points to job satisfaction on a daily basis. He wants watching his team to be fun: for neutral and devoted fan alike. And no matter who you support, watching this Real Madrid side is fun.

In life and in football, the concept of “following the sun” isn’t always to do with hot temperatures and literal blue skies. It’s about dreaming. It’s about having and believing in a dream. It’s about making dreams come true — just like Zidane has done.