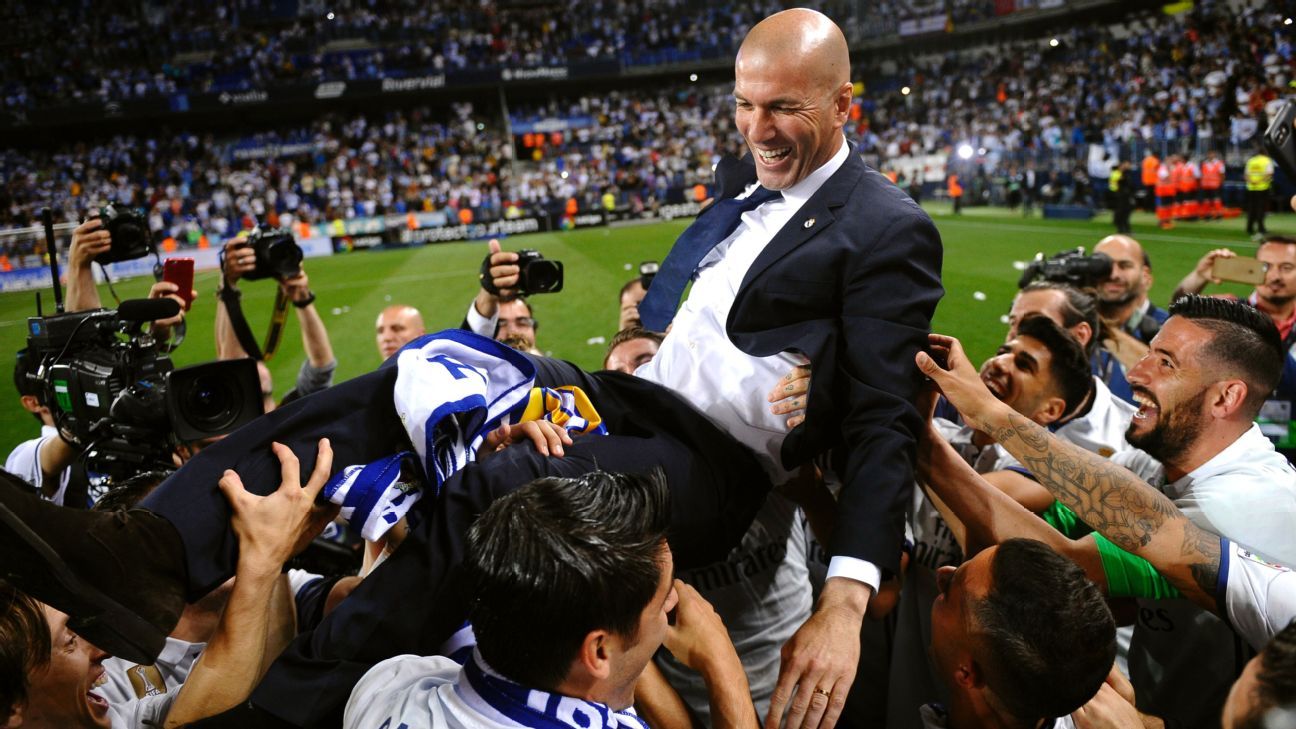 
Real Madrid coach Zinedine Zidane says his players feel no extra pressure as they aim to make history with back-to-back Champions League titles in Saturday’s final against Juventus, and said they are just enjoying taking part in what is a “spectacular” era in the club’s history.

Madrid enter the game in Cardiff with the chance to become the first side to defend the Champions League trophy in its modern expanded format, by winning what would be a third trophy in just four seasons and their 12th European Cup in all.

Zidane’s side are marginal favourites with the bookmakers ahead of the game at the Principality Stadium, but he told the prematch news conference that anything could happen in a final like this.

“Madrid know how to live with this pressure, it is always there,” Zidane said. “I experienced it as a player, as they do now, and I do now as a coach. We know what this club is. People always say we are favourites, but in the end it is not like this. We know a final anything can happen. It is 50-50. If you had told me, as a boy, that I was going to live all this? We are living something spectacular, for quite some time now. It is very nice to be playing another final and we are ready for it.”

Zidane was less keen to say whether in-form playmaker Isco or fit-again winger Gareth Bale would start the game, but did say that being in peak physical condition was an important consideration at this stage of the campaign.

“I will not say who is going to play,” he said. “They can also play together. In the end anything can happen. The important thing is that everyone is ready to play tomorrow. Not just in spirit, but also physically. That is what I am most interested in, that we have arrived at the end of the season at a very high level physically.”

The former Ballon d’Or winner was asked by a reporter, tongue in cheek, who would be the star if he and reigning best player in the world Ronaldo were both in the same team.

“Cristiano Ronaldo,” Zidane replied. “For sure. As he scores goals, which is the most important. All players are very important, but to be calm and score, that is the most difficult. You can play great for 80 or 90 minutes, then they score on you in the end. Then there is what you expect from your No. 9, your forwards. I played football very well, but did not score many goals. Some important goals, but not many.”

Ex-Juve player Zidane said he did not see the current version of his old team as a typically defensive Italian side, and predicted an open game on Saturday.

“I do not think of Juve as a traditional Italian team ‘catenaccio,‘” he said. “They have this, but not just this. They defend very well. They attack very well too. I expect an open game, a nice game for all football fans.”

The Frenchman however declined to react to comments from Juve right-back Dani Alves, who claimed at his press conference earlier that Madrid’s Pedrag Mijatovic had been offside when scoring the winning goal in the 1998 Champions League final against Zidane’s Juve.

“Each one can give their own opinion,” he said. “He was not there, but is free to say what he thinks. I am just thinking about tomorrow’s game.”