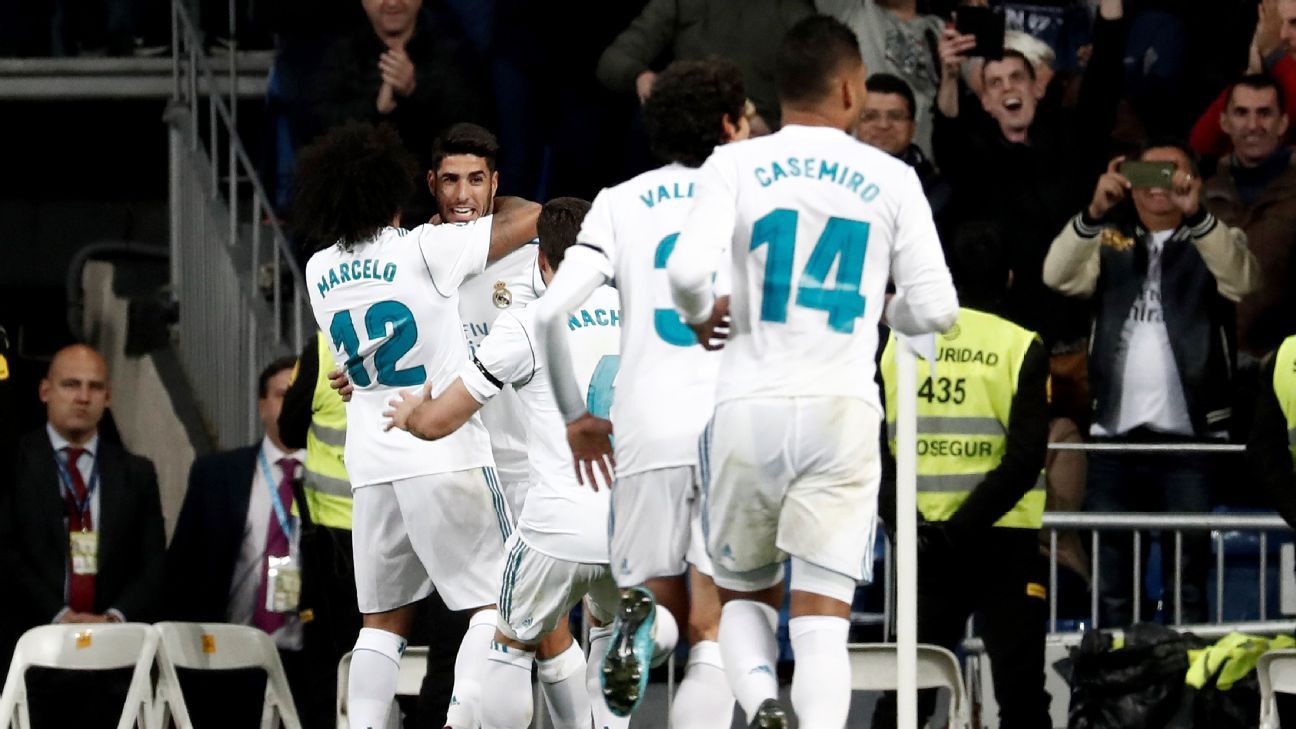 A dull first half at the Bernabeu saw Madrid dominate. But Karim Benzema and Cristiano Ronaldo spurned chances before Casemiro scored Madrid’s first headed goal of 2017-18 at a corner just before half-time.

Ten minutes after the break, Marco Asensio’s latest long-range strike made it 2-0. And with a quarter of an hour remaining, a sweeping Madrid move saw Ronaldo superbly assist Isco to make it 3-0.

“After what happened in the last two games, it was important to win,” Zidane said. “We scored three goals, kept a clean sheet, got a win. We had difficulties in the first half. In the second half we played much quicker, and are happy with that.

“The players needed it. The previous two games were a difficult blow. But we know we can improve things, and we will, for sure. Today it was important to win.”

It was another frustrating evening for Ronaldo, who is still on just one La Liga goal in 2017-18, and did not celebrate Madrid’s third goal even though he had provided a fine assist.

“You always think about negative things,” Zidane said, when asked about the Portuguese’s visible angst. “I always see the positive side. Cristiano gave the assist, and I know he was very happy with it.

“We know that Cristiano likes to score goals, he is happier when he scores. Maybe he is not scoring now in La Liga, but he is in the Champions League. When he doesn’t score, he still brings other useful things for the team. And Cristiano always makes the difference in the end.”

Zidane predicted Gareth Bale should be ready to return to the team after the international break, when Madrid face neighbours Atletico Madrid at the Wanda Metropolitano.

“The intention now is to push with Gareth,” he said. “He is doing well and now we have fortnight for him to be perfect. We will see how we manage him, but the idea is for him to be ready against Atletico after the break.”