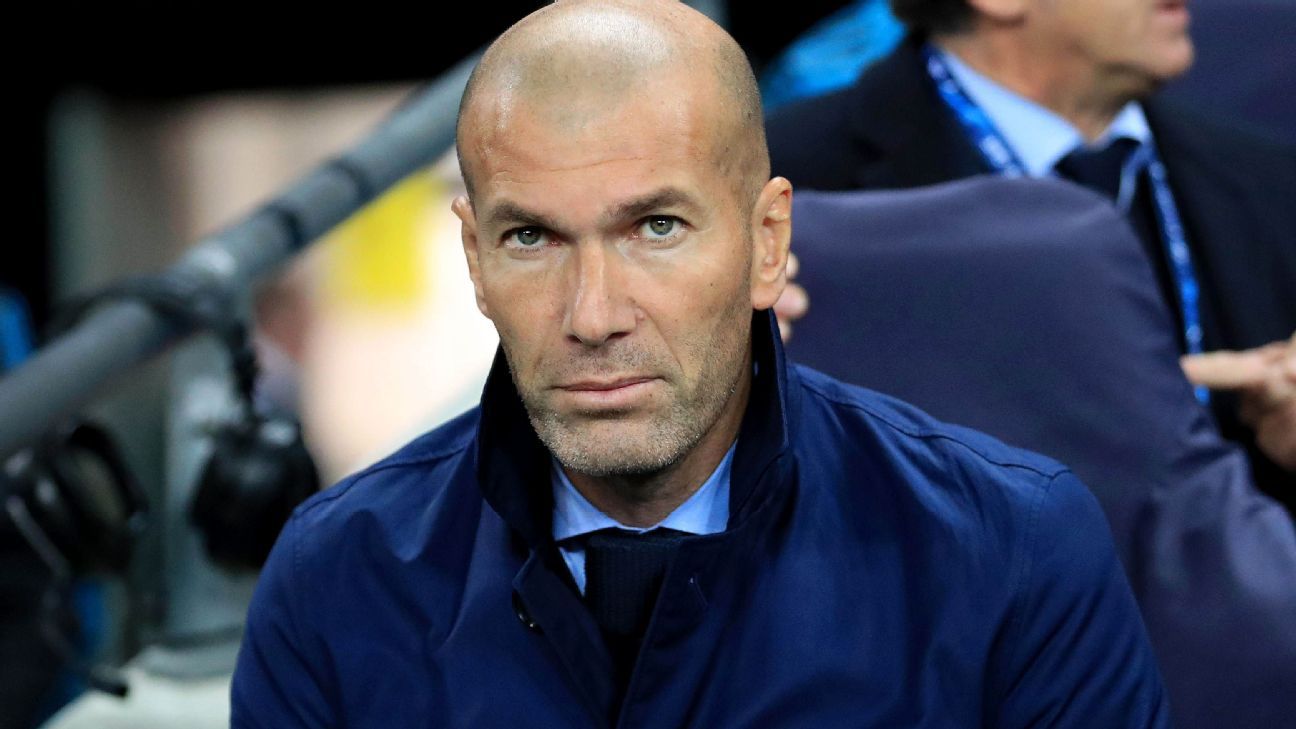 
Wednesday was a night that will haunt Real Madrid, who turned in a Wembley performance more shocking than anything the previous evening’s reputation could possibly have conjured. Zinedine Zidane reserved his own fright night for All Saints’ Day and sent out a side with so many individual sinners that they barely resembled the reigning European and Spanish champions.

Tottenham Hotspur announced their arrival among Europe’s elite with a sparkling performance, displaying football truly worthy of the clichéd prefix “champagne.” For Zidane and his side, the popping corks of a few months ago have been replaced by the whimper of a deflating balloon. Only one side under the Wembley arch looked like potential Champions League winners and it was not the holders.

Madrid were eviscerated by the Spanish media after a capitulation worthy of the worst days of Jose Mourinho’s final season in charge, when players scarcely bothered to hide their lack of resolution under a coach who had presided over an irreparable dressing room schism and managed it with paranoia and finger-pointing. Mourinho’s side finished 15 points adrift of Barcelona in the league in 2012-13.

Something similar happened under Rafa Benitez, the “Spanish waiter’s” nadir coming when Barca handed the soon-to-be former Madrid manager his backside on a plate in a 4-0 Clasico drubbing in the Bernabeu.

At Wembley there was body language and apathy eerily reminiscent of that November night in 2015. Mauricio Pochettino dug his Spurs into Real’s flanks and earned his own ascension to Europe’s managerial summit with arguably Tottenham’s most important win since their League Cup final triumph over Chelsea in 2007-08. That same season bore witness to what until Wednesday remained Madrid’s heaviest European defeat in the last 10 years, a 2-0 loss to Juventus.

Pochettino’s side were faster, more committed, more skillful and more cohesive than a Real Madrid team that at the end of the 2016-17 Champions League magnificently put Bayern, Atletico and Juventus to the sword. On Wednesday, most of Zidane’s side looked as though they would gladly fall on one as they slumped to a first group-stage defeat in five years.

There are mitigating factors, injuries to key personnel among them. It was apparently without irony that Madrid’s medical department congratulated their Sporting Lisbon counterparts recently on wheeling Fabio Coentrao out for three consecutive games when they are unable to perform the same function with Raphael Varane and Gareth Bale. The maligned Florentino Perez stooge, Dr Jesus “Stretch” Olmo, may have departed but several Madrid players remain frequently incapable of doing much more than that.

The inexperience of the bench has been cited as a root cause of Real’s current predicament: Of Zidane’s summer signings, Marcos Llorente is the oldest at 22. But the players brought in were acquired as future assets, not immediate insurance against a collective collapse by Zidane’s senior squad members.

There is another school of thought, echoed by Cristiano Ronaldo in a postmatch interview, which contends the departures of Alvaro Morata, James Rodriguez and Pepe have left Zidane short of options and there is a half-truth in that.

Morata scored several game-changing goals last season, worth 11 Liga points considering their timing and the eventual score line, but Zidane did not want the striker to leave.

The number of games James positively influenced from the bench can be counted on one hand and there was never any question of the Colombian being retained, while Pepe barely featured and when he did performed much as a constantly injured stop-gap might be expected to while angling behind the scenes for a final pay day elsewhere. Again, Zidane did not force the Portuguese from the fold.

A more pertinent question is why Mariano, who has scored eight in 11 Ligue 1 games for Lyon, was ushered out of the door when he had no desire to go. “I would have stayed if they’d asked me to,” the striker said on Thursday.

The problem is not in those that left, but the performances of those who remained. Several players, chief among them Marcelo and Karim Benzema, are woefully out of form and even Ronaldo, whose consolation goal offered him little if his face was anything to go by, should not be exempt from the fourth official’s board in La Liga purely on reputation.

These are the decisions that Zidane is currently refusing to address. The Real boss flatly denied his side are “in crisis” after the Spurs match, but their aura of invincibility in Europe evaporated at Wembley. Still, Madrid need only avoid defeat in one of their final two group games to reach the knock-out stage after Borussia Dortmund — where a full-blown crisis is genuinely underway — failed for a second time to beat Apoel.

Zidane has a soft Liga assignment against Las Palmas on Sunday, a side who have lost their previous six Liga games and whose coach, Pako Ayestaran, just set a Spanish top-flight record after being defeated in his 11th consecutive league fixture.

Unlike Benitez and the latter-day Mourinho, Zidane retains the faith of his players. Now he faces the biggest challenge of his Real Madrid reign to date: coaching them back to the standard of the double-winning side he led last season.