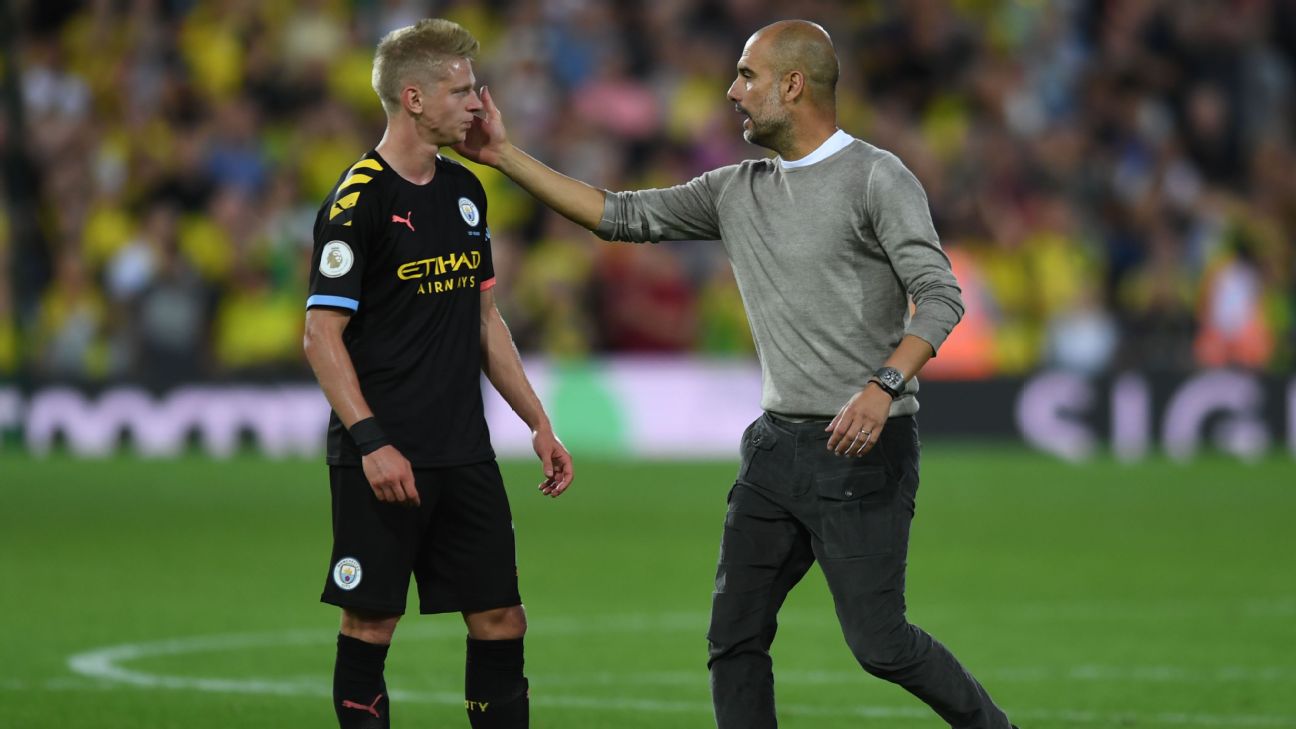 
Manchester City slipped five points adrift of Premier League leaders Liverpool as Pep Guardiola’s side were stunned by Norwich at Carrow Road on Saturday. Goals from Kenny McLean, Todd Cantwell and Teemu Pukki were enough to secure a 3-2 victory for the Canaries, who produced an incredible display to deliver an early blow to City’s title ambitions.

As expected, the reigning champions dictated possession for large periods of the game. After a poor first 45, City played with greater intensity after the break and on another day they could have snatched a point. Pep Guardiola’s men scored two brilliant goals courtesy of Sergio Aguero’s glancing header and Rodri’s stunning strike, while Raheem Sterling was also unlucky to see his header cannon back off the post from close range.

City lacked their normal cutting edge and were punished for their sloppiness by a Norwich team who were more than up to the challenge. Guardiola’s side always looked vulnerable on the counter and were fortunate not to be out of the game at half-time. Despite Norwich’s brilliance, City gifted their opponents the three points thanks to some shambolic defending, particularly from Kyle Walker and Nicolas Otamendi.

5 — Guardiola made a huge call in dropping the superb Kevin De Bruyne to the bench in place of Ilkay Gundogan, and his side paid the price as City lacked creativity in a game that was crying out for De Bruyne’s flair. The returning John Stones also failed to cover himself in glory at the heart of the back four, but in fairness, Guardiola’s defensive options were limited. The City boss did the right thing in introducing De Bruyne and Gabriel Jesus just before the hour mark, but it was too little too late.

GK Ederson, 5 — Had absolutely no chance of stopping McLean’s powerful header, but found himself in no man’s land as Cantwell tapped into an empty net to make it 2-0. Left powerless by some dreadful defending from Otamendi for the Canaries’ third.

DF Kyle Walker, 4 — Far from his best defensive display. Guilty of playing Cantwell onside and found himself caught in two minds as Pukki squared for the former to make it 2-0.

DF John Stones, 4 — Forced into the starting XI by Aymeric Laporte’s nasty injury but looked well off the pace. Nowhere to be seen as Pukki steamed forward to set up Norwich’s second.

DF Nicolas Otamendi, 4 — Gifted Norwich the three points when he was caught sleeping on the edge of his own box. The less said, the better.

DF Oleksandr Zinchenko, 4 — Epitomised a lethargic City display. It took a questionable fall to the floor after an exchange with Marco Stiepermann to take the attention off his awful passing.

MF Bernardo Silva, 6 — Showed a willingness to try to make something happen and delivered a lovely cross for Aguero to nod home just before half-time. Picked up a cheap yellow card after the break and was substituted shortly after.

MF Raheem Sterling, 7 — Probably City’s biggest threat. Fizzed a dangerous effort just wide of the Norwich goal. He was unusually let down by Aguero after picking out the Argentine with X-ray vision. Unlucky to see his header come back off the post at 2-0.

FW Sergio Aguero, 6 — Put City back in the game with a lovely glancing header into the bottom corner but was otherwise uncharacteristically wasteful. Should have done much better after being picked out beautifully by Sterling in the first half.

MF Kevin De Bruyne, 5 — Came on for Gundogan in the 57th minute but struggled to turn the tide on a frustrating day for the champions. Should have started.

MF Riyad Mahrez, N/R — Came on for Bernardo Silva in the 74th minute. Didn’t really have time to make a meaningful contribution.

FW Gabriel Jesus, 6 — Came on for David Silva in the 57th minute. Worked hard and teed up Rodri to fire home from the edge of the box.