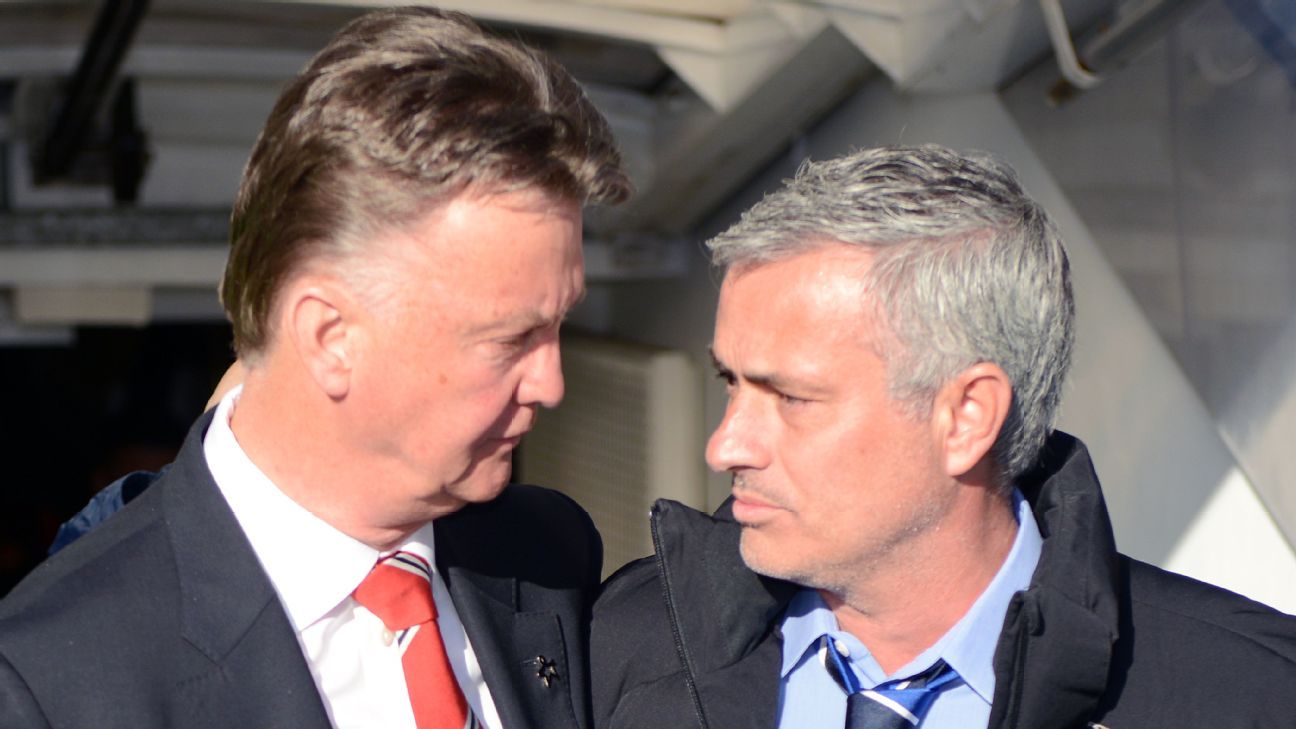 
They say you should never go back, but seemingly that rule doesn’t apply to football managers, who are always returning to their former stomping grounds.

With Zinedine Zidane returning for a reclamation project at Real Madrid just nine months after leaving the post, it got us thinking about other managers who went back to the site of past glories. Whether it is a nostalgic reappointment or a desperate “Hail Mary” salvage job, the top end of the sport is positively awash with coaches who couldn’t resist the urge to give it another go.

Jardim worked wonders in 2016-17 as his vibrant young Monaco side won the Ligue 1 title for the first time since the turn of the millennium before enjoying a run to the semifinals of the Champions League the following season.

He then saw his prodigious squad picked apart by bigger, wealthier clubs around Europe and was sacked in October after a somewhat predictably poor start to the campaign.

Thierry Henry was hired as Jardim’s successor but the former Arsenal man lasted just two and a half dreary months at the helm before being dismissed as Monaco languished down in the relegation zone.

Who could possibly forget “The Special One’s” grand entrance in 2004? Bristling with cocky self-assuredness, Mourinho won back-to-back titles and an FA Cup with the Blues in his first three seasons before his relationship with owner Roman Abramovich soured and everything went pear-shaped just two months into his fourth.

Inter Milan and Real Madrid beckoned, but Mourinho was tempted back to the Bridge in 2013, with another Premier League title following in his second season.

Then, like clockwork, everything broke down in toxic fashion once again, and the Portuguese coach was fired by Abramovich for a second time in December of 2015.

Redknapp got Pompey promoted to the Premier League in 2003 and then managed to preserve their top-flight status the next. Unfortunately, a falling out with chairman Milan Mandaric cost him his job and he was ousted in the summer of 2004.

After a brief, relegation-mired dalliance with rivals Southampton, ‘Arry settled his differences and returned to Fratton Park in 2005, going on to win the FA Cup before leaving in 2005 when Tottenham came calling.

Keegan visibly exhausted himself when he came excruciatingly close to taking his beloved Newcastle to a Premier League title in 1996-97, only to squander a massive 12-point lead to eventual winners Manchester United (“I’d love it, love it …” etc).

It took him over a decade to recover, but he eventually returned to the hotseat at St. James’ Park, although his second stint only lasted eight months before he quit amid a furious boardroom quarrel over a slew of transfers made without his consent.

After two years with Juventus, Ranieri was appointed by Roma just two games into the 2009-10 season, on the very same day that Luciano Spalletti had resigned.

Performances improved dramatically but the Giallorossi would ultimately surrender both the Serie A title and the Coppa Italia to Jose Mourinho’s treble-winning Inter Milan team. His reign came to an end the following February.

Eight years (and an incredible Premier League title) on, Ranieri has just returned to Roma to replace Eusebio Di Francesco until the end of the season.

One of Juve’s most iconic managers, Lippi won the Serie A title and the Coppa Italia in his first season at the club, also reaching the 1995 UEFA Cup Final and then winning the Champions League in his second year.

A less-than-stellar interval year at Inter Milan ensued before Lippi returned to the Bianconeri, winning two more Scudettos and a pair of Italian Supercoppas to go with them.

Despite both stints lasting less than 12 months, Capello remains one of the most successful coaches in Real Madrid’s history, if only for his incredible hit rate.

The Italian authoritarian was charged with keeping order during the first surge of the Galactico era and duly won La Liga in 1997.

He then returned 10 years later and won the league again, but alas it wasn’t enough to prevent him from losing his job — again.

Already an Anfield legend, Dalglish was brought in to steady the ship at Liverpool in the wake of the Heysel disaster. He promptly steered the Reds through choppy waters to a double in his first season before winning two more league titles in 1988 and 1990.

Two decades then passed until Dalglish was summoned back into the dugout as an interim replacement for Roy Hodgson, who was sacked in early 2011 after a disastrous six-month spell in charge.

The King did such a good job that he was offered the position on a permanent basis, but it all ended unceremoniously the following season when, despite having won the League Cup, he was dismissed after finishing eighth in the Premier League.

Busby won all there was to win during his first spell in charge of United, a hallowed dynasty that lasted almost quarter of a century until his “retirement” in 1969.

However, the Scot didn’t walk away entirely and remained on staff as “general manager,” which led to complaints from his successor, Wilf McGuinness, of feeling constantly undermined.

McGuinness eventually resigned after 18 mediocre months, at which point Busby returned to the helm, duly securing an eighth-place finish for United and retiring properly at the end of the 1970-71 season.

Originally hired as an interim midway through the 2009-10 season, Lennon went on to win five SPL titles in four and a half seasons at Parkhead.

He is now back at the helm after replacing Brendan Rodgers, again in an interim role until the end of the season.

With a triple treble potentially on the cards for the Bhoys this season, the omens are good.

Heynckes has been appointed by Bayern on no less than four occasions with an 18-year hiatus separating his first and second tenures.

However, stints three and four turned out to be the most successful, with the veteran coach winning two Bundesliga titles and the Champions League in that time.

Van Gaal took his unique brand of coaching to Barcelona in 1997, two years after winning the Champions League with Ajax. Despite significant initial success, the Dutchman found himself at loggerheads with the Spanish press and eventually quit in 2000, famously congratulating the media on their victory as he went.

Van Gaal then returned to the Camp Nou after two years with the Netherlands national team and almost instantly made waves by releasing Rivaldo on a free transfer, the pair having fallen out rather publicly during the latter’s first stint.

With domestic performances tanking and morale dipping too, he only lasted another season in Catalonia before returning to Ajax as a technical director.

One look at his cluttered resume proves that Scolari doesn’t really tend to hang around anywhere for very long.

“Big Phil” took charge of the Brazil national team in 2001, when they were in danger of missing out on qualification for the 2002 World Cup. He dropped an ageing Romario and promptly secured a spot at the tournament, which the Selecao ended up winning.

With Brazil in a similar rudderless predicament, Scolari then returned to the national side in 2012 and helped them qualify for the 2014 World Cup on home soil.

Everything was going swimmingly until they lost 7-1 to Germany in the semifinals — a fateful evening that Scolari described as “the worst day of his life” before resigning.

Ellen Fokkema makes Dutch football history as first woman to play for senior men’s team
Marseille fans clash with Angers supporters, security in latest Ligue 1 dustup
Real Madrid’s Carlo Ancelotti backs Karim Benzema for Ballon d’Or
Sevilla can’t match LaLiga giants’ spending power, but the club’s heart and Monchi’s genius have them closer to the title than ever
Neither Arsenal nor Tottenham are where they want to be, but only the Gunners look capable of climbing out of their hole