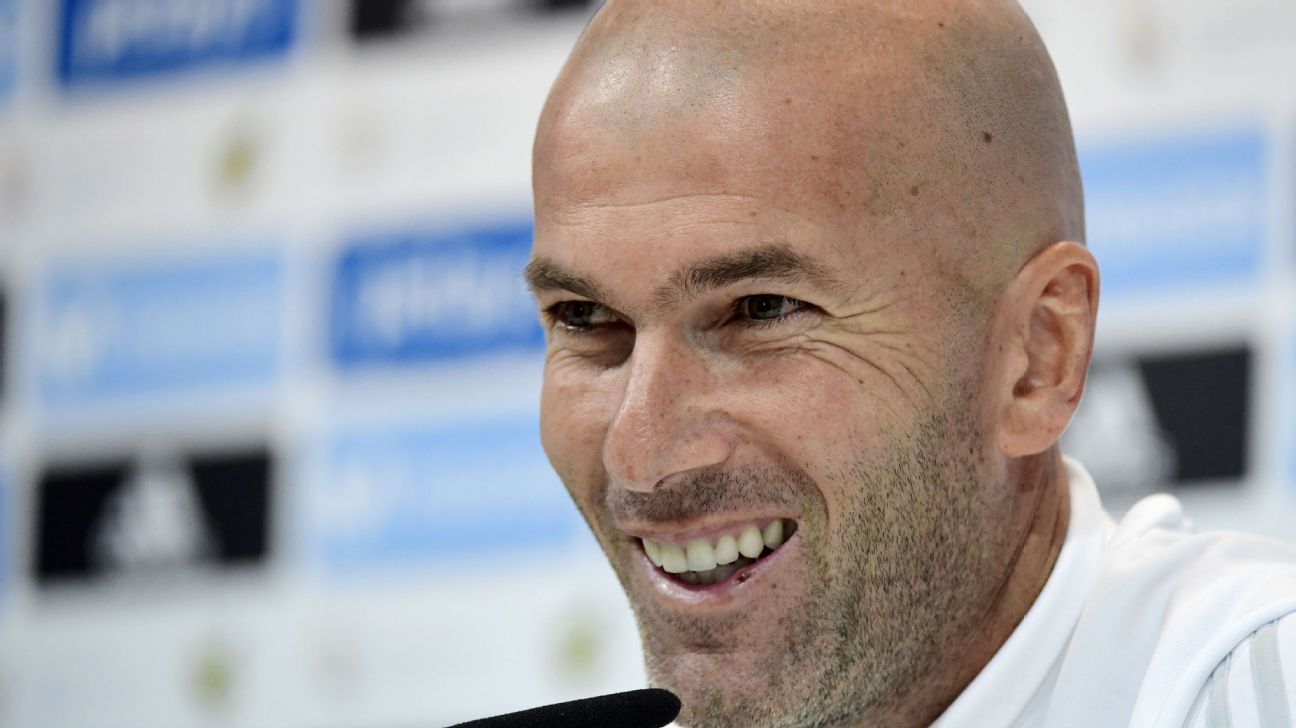 
“We’ve met Madrid at the best moment of their season,” Abelardo noted after his Alaves side were beaten 4-0 at the Bernabeu on Saturday afternoon.

It was a fair assessment from a manager whose team had won their past three and taken down Celta Vigo and Villarreal during that run. After a dogfight in the first half, everything clicked for Zinedine Zidane’s side after the break. The “BBC” of Cristiano Ronaldo, Karim Benzema and Gareth Bale, who have been consistently questioned this season, exchanged 39 passes between them, scored all four goals and provided two assists, temporarily answering some of their fiercest critics, not least those inside the stadium.

Former Madrid manager Jorge Valdano mused during his match commentary on Spanish television where best to insert an “L” in that familiar acronym after Lucas Vazquez put in another excellent performance on the right of a midfield four. When the lineups were announced, it could have been construed that Zidane had simply chosen his formation to avoid leaving Bale on the bench again. By the time the referee signalled the end of the game, the Real boss had been fully vindicated in his selection, the BBC writ large in no small way by the addition of that L. Zidane later suggested he would be trialling the blueprint again.

Real Madrid’s La Liga fixtures are now merely warm-ups for the Paris Saint-Germain return leg on March 6, but Zidane’s side are hitting their stride at the perfect moment in their pursuit of a third consecutive European crown. The Frenchman has repeatedly said that he is not interested solely in his starting XI and much less so in individual players.

“Each one adds their grain of sand. We are all here to bring something to the team,” he said after the 4-1 win at Valencia in January, and the whole-squad ethos has been the Frenchman’s byword since he took the reins at Madrid. As a little nod towards Dani Ceballos after the ignominy of a 29-second cameo in Leganes proved, he is striving within reason to remain true to his mantra.

Isco, who was instrumental in the victory in Butarque, stayed rooted to the bench against Alaves with Tuesday’s trip to Espanyol in mind, Ceballos and Marcos Llorente providing the relief in midfield. Zidane keeping his entire squad happy is practically impossible, but ensuring his primary core of 15 players remain in shape and form is considerably easier.

The fixture computer has handed Real an unexpected bonus in that respect. With the rescheduled game at Leganes and two more this week, Madrid will have had five dress rehearsals before the Parc des Princes under little pressure, while PSG face a Coupe de France Classique against Marseille on Wednesday.

In their past six Liga outings, Madrid have banged in 27 goals. Over the course of the previous 19 domestic fixtures, they managed just eight more. Ronaldo has found the net 10 times in his past six league games. As he did at this stage last season, Zidane will ration the Portuguese’s playing time to ensure that continues and hinted that he may rest Ronaldo in Cornella as he did against Leganes, despite a record of eight goals in his past two visits to the RCDE. Marco Asensio is available again after having his wisdom teeth out, and a repeat of the lineup in Butarque, or something very similar, could be on the cards on Tuesday.

There is plenty of reason to suspect Real’s formidable domestic form will continue against a side languishing in 15th and who were held fairly comfortably by struggling Deportivo La Coruna last weekend. Quique Sanchez Flores nearly abandoned ship for Stoke City in January but the lure of Catalan derbies in the Copa and Liga probably influenced his decision to stay, and beating Barca 1-0 in the Copa first leg vindicated it.

Since losing both subsequent games against their city rivals, Espanyol have been on awful run, and Sanchez Flores probably now wishes he had taken Stoke’s offer. A parting of ways at the end of the season seems inevitable, with the manager’s stock considerably lower than it was at the turn of the year.

The home side will raise their game against Madrid but are so reliant on a single player that the visiting back four, with Sergio Ramos reinstalled after his suspension against Alaves, should have a quiet evening if they can keep Gerard Moreno in check. The Spaniard has accounted for 10 of his side’s 22 Liga goals this season, with only one of his teammates, Leo Baptistao, managing more than a single strike.

Pablo Piatti’s woeful form and injury problems have combined to rob Espanyol of what little creativity they started the season with, and Sanchez Flores received scant backing in the January window, as befits a project that appears to be heading back to the drawing board. Like Madrid, Espanyol have little to motivate themselves in what remains of the 2017-18 Liga season with relegation and Europe equally unlikely.

It was not long ago that Zidane’s job was under scrutiny. Real’s resurgence in La Liga has bought the Frenchman some respite, and he will look to ensure his side’s momentum continues in Catalonia ahead of the vital return leg against PSG next week.