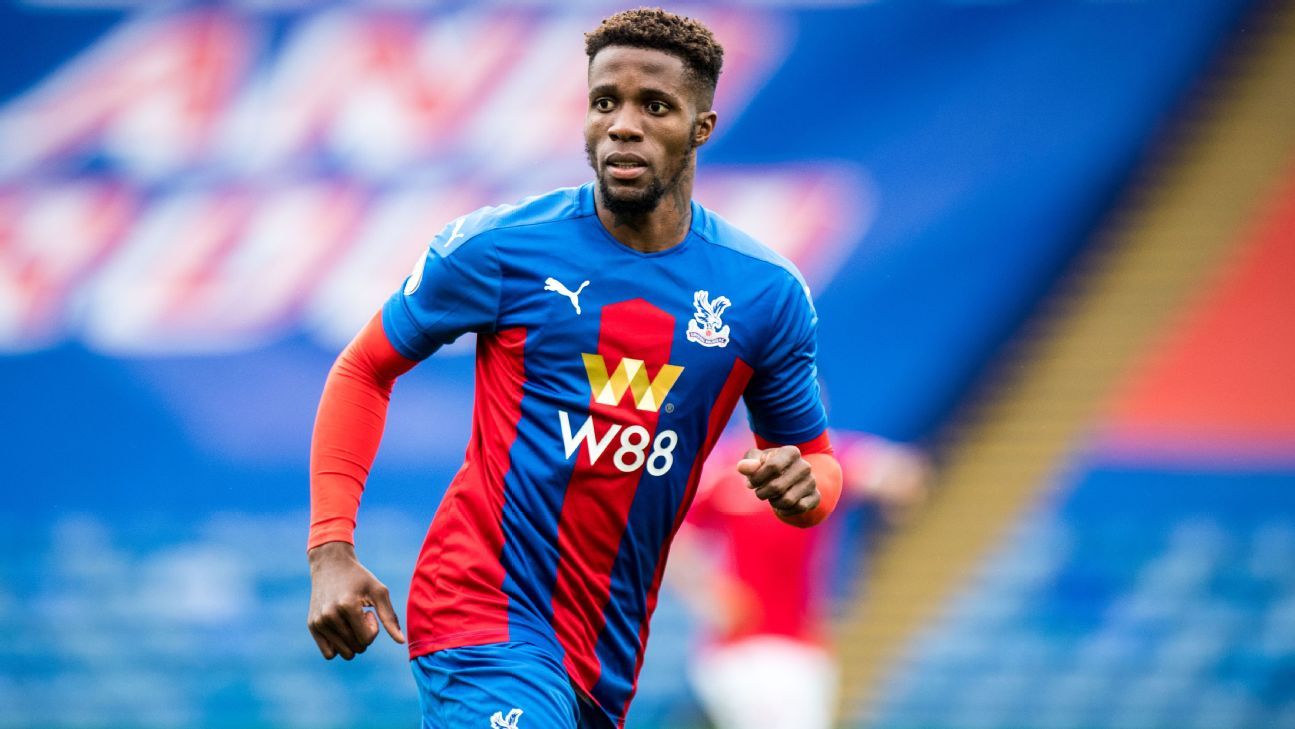 
Wilfried Zaha has tried almost every trick in the book to force his way out of Crystal Palace, so it was probably inevitable he would get around to actually playing well again at some point. Credit must go to both Zaha and his manager Roy Hodgson for refocusing on the task at hand after another summer of fervent speculation passed with a transfer failing to materalise.

This time, the 27-year-old hired “super agent” Pini Zahavi in an attempt to secure a move away from Selhurst Park, following on from the previous year when he handed in a formal transfer request while his brother, Judicael, went on Sky Sports News declaring it was Zaha’s “dream” to play for Arsenal, all the while pleading for Palace to let Wilfried go.

The Ivory Coast international signed a five-year contract worth £130,000-a-week in August 2018, just over a week after the transfer window closed and following another period of speculation in which Chelsea, Everton and Tottenham Hotspur were mooted as possible destinations, only for no formal bids to arrive. Zaha’s new agreement did not include a release clause, allowing Palace chairman Steve Parish to demand top dollar ever since — specifically, £80 million all due up front, a price and payment plan that put him beyond the reach of Arsenal last year.

A similar valuation this summer, despite the financial impact of COVID-19, meant Zahavi struggled to drum up any serious suitors before the agent’s short-term contract expired earlier this month, leaving Zaha facing the prospect of another season at a club he undeniably adores — having first joined them at the age of eight — yet probably feels he has outgrown.

Asked on Twitter by one supporter shortly after the window closed whether he should include him in his Fantasy Football team, Zaha replied: “No.”

Luckily, Hodgson felt different in reality. The 73-year-old sharpened Zaha’s mind for the challenges ahead by making him club captain, heightening the responsibility he feels to his teammates and switching him from a wide role to one as a centre-forward with licence to drift across the pitch. That tactical change simultaneously reduced the likelihood of Zaha disappearing to the periphery of matches, while also making it tougher for opponents to double up in an effort to nullify Palace’s most obvious creative threat.

The numbers speak for themselves. Zaha managed just four Premier League goals and three assists last season, but he already has five goals and one assist from six matches this term. It is his best-ever start to a campaign. Fulham were the latest victims on Saturday as Zaha produced a clever reverse pass for Jairo Riedewald to open the scoring at Craven Cottage before scoring himself, turning home Michy Batshuayi’s 63rd-minute cross from close range.

Zaha’s pace and penetration has long been key to Palace’s counter-attacking threat — they registered just 35% possession at Fulham — and central to their remarkable away record. With 13 wins from their last 31 league games on the road, only Liverpool, Manchester City, Chelsea and Manchester United can boast a better return.

These are, of course, formative days in the 2020-21 season, but Zaha looks to be rediscovering the form that came either side of that bumper contract — nine goals in 29 Premier League games in 2017-18 and 10 in 34 in 2018-19. Similarly, Palace are in striking distance of joining the league leaders on 13 points when they kick off the weekend action on Friday evening at Wolverhampton Wanderers.

Palace and Hodgson will reap the short-term benefits should Zaha continue to excel, but it may also reignite talk of the ‘big club’ move he palpably craves, perhaps still motivated to some extent by his failure to thrive at Manchester United in 2013.

Zaha became Sir Alex Ferguson’s final signing at Old Trafford, almost a parting gift for his successor, David Moyes, but the £15m man was discarded and eventually returned back to Palace, initially on loan in 2014 and then permanently 12 months later for around £6m. He made four appearances for United and never started a Premier League game.

One agent described the absence of a release clause in his contract as “farcical,” questioning how Zaha was ever convinced to sign a deal that left Palace in such a strong negotiating position. Yet next summer he will have two years left on that deal, and it remains to be seen whether Parish would soften that stance.

Leading figures at the club would no doubt also argue that Palace have ambitions of their own and, should they excel beyond all expectations, Zaha may even be convinced his longer-term ambitions can be sated in south London. There is no denying, however, he would already be at Arsenal had Unai Emery had his way.

The Spaniard, sacked last November, subsequently claimed during an interview in May that he preferred to sign Zaha over Nicolas Pepe, who Arsenal eventually parted with £72m to sign, not least because Lille accepted that fee in multi-year instalments.

If Zaha keeps doing it to others this year, that might be the most effective exit strategy he’s tried yet.