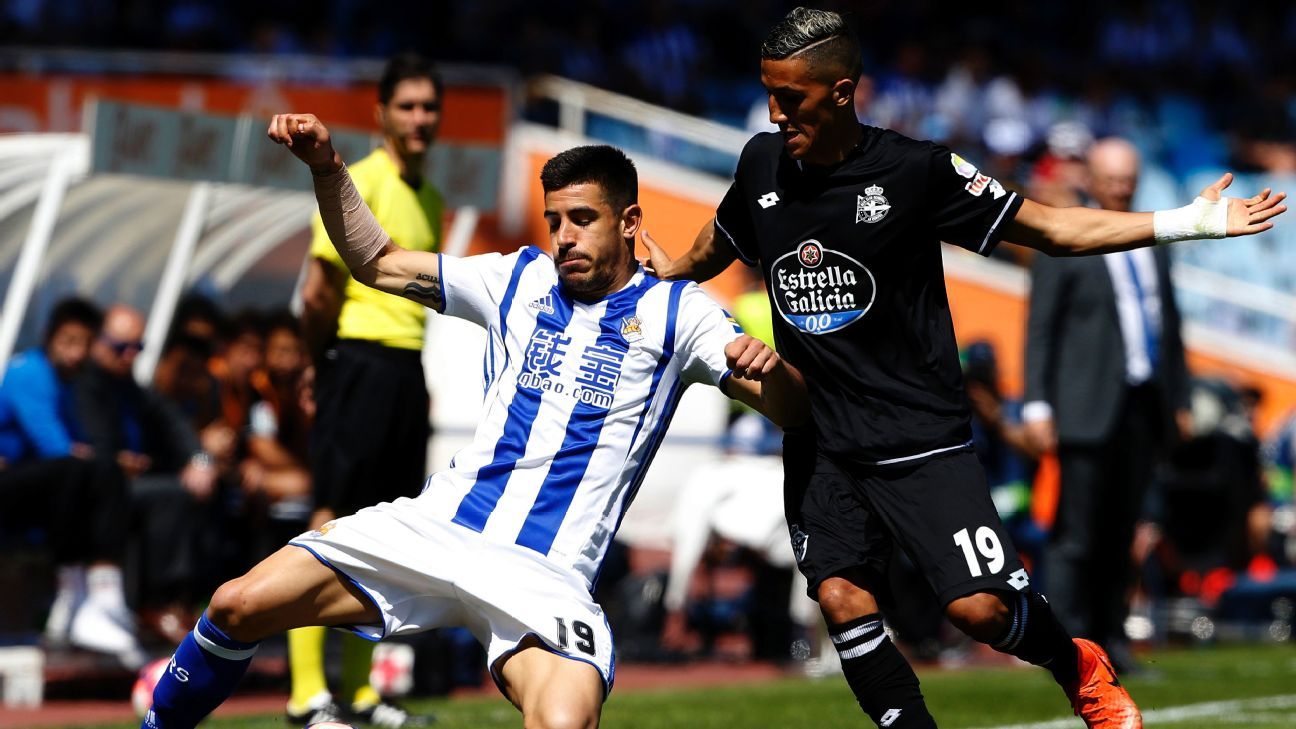 
Paris Saint-Germain have completed the signing of left-back Yuri Berchiche from Real Sociedad for a reported €13 million initial fee, with a possible further €3 million in bonuses.

After five years at Anoeta, the former Spain under-17 international earned the big move he has sought for some time, and Berchiche cannot wait to sink his teeth into his new challenge at Parc des Princes.

“I am extremely happy and I cannot wait to join PSG,” Berchiche told the Ligue 1 giants’ official website. “It will be an honour to wear the jersey of this club, which has become one of the best and most admired in Europe.

“I am convinced that I will find here the perfect environment in which to reach my potential — by making progress and winning titles. Everyone knows how ambitious PSG are in Europe. Along with the staff and players, I will do all I can to help fly the PSG flag as high as possible.”

By landing Berchiche, the French capital outfit have filled an immediate position of need by replacing the retired Maxwell, who has since been appointed as an assistant to sporting director Antero Henrique.

The 27-year-old Berchiche will not go into coach Unai Emery’s starting XI immediately, but he will begin as Layvin Kurzawa’s backup. Berchiche has the potential to put the France international under greater pressure than the ageing Maxwell could when Kurzawa was fully fit.

If Kurzawa can steer clear of injury this coming season, he will be very important once again — as he was in the early days under Emery, when Kurzawa was pretty much the standout performer.

What Emery has available to him now is another attack-minded option at left-back, and he knows Kurzawa well because the coach closely follows the Basque football scene.

Berchiche is an ideal alternative to Kurzawa, and with Thomas Meunier and Serge Aurier occupying the right-back berths for now, PSG’s flanks will be as dangerous — if not more dangerous — than they were last campaign.

“We wish Yuri the warmest of welcomes,” PSG chairman and CEO Nasser Al-Khelaifi told the capital club’s official website. “His excellent performances in Spain convinced us that he is a defender with a character suited to PSG and our ambitions.

“Yuri’s competitive nature is the kind that counts for a lot in the eyes of our fans. Through his experience and his drive to succeed at a big European club, he will bring a lot of quality and power to our squad.”

Berchiche, like Kurzawa, Meunier and Aurier, is not the most solid full-back defensively. But if captain Thiago Silva, Marquinhos and Presnel Kimpembe can keep it tight in front of the goalkeeper (either Kevin Trapp or Alphonse Areola) next term, Berchiche will not need that side of his game too often.

Also, if he proves himself to be consistent enough and strikes up a strong rapport with Emery, Berchiche could ultimately usurp Kurzawa if the Frenchman does not continually produce the same sort of displays he was turning in before his injury last season.

The full-backs are key to Emery’s style of play. Injuries, as well as questionable mentality, disrupted Kurzawa, Meunier, Aurier and Maxwell last campaign. If both sets of wide men can remain focused and injury-free, PSG will be much more dangerous on the flanks than they were when Angel Di Maria was struggling for form and Lucas Moura was lukewarm at best.

It might not be the big-name signing Les Parisiens’ hungry supporters were hoping for — Monaco’s Fabinho, for example — but Berchiche is a start, and it suggests that Henrique and Emery have put their heads together and drawn up a list of players who will significantly strengthen the PSG squad if all are acquired.