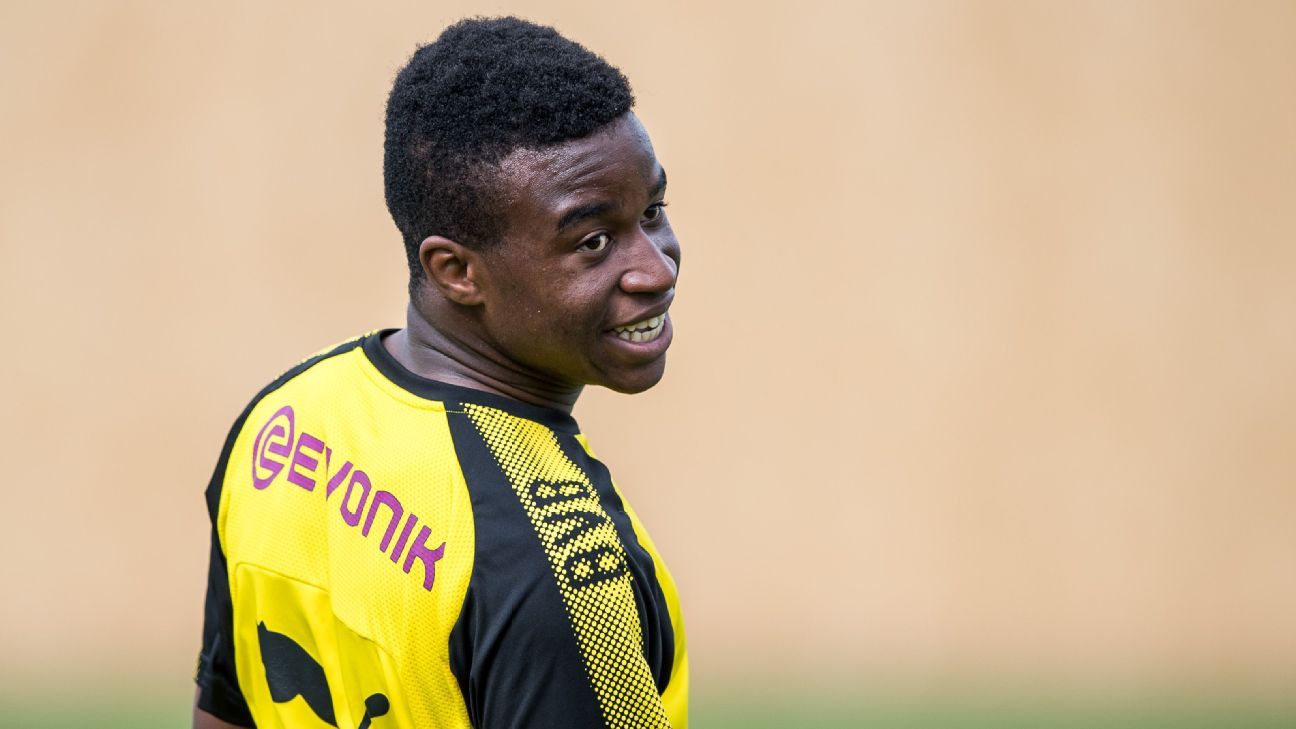 
Twelve-year-old striker Youssoufa Moukoko continued his remarkable form as he scored a brace to help Borussia Dortmund’s under-17 side produce a stunning late comeback to draw 4-4 against arch-rivals Schalke.

Schalke had been leading 4-1 with only two minutes left of the 80-minute contest when Moukoko scored his first.

The Germany youth international added a second in the first minute of stoppage time, with teammate Ware Pakia completing the comeback three minutes later, ensuring Dortmund retained their unbeaten record in their regional division of the U17 Bundesliga.

Cameroon-born Moukoko made his debut for Dortmund’s U17 side in August and has since registered 19 goals in nine games, failing to score on just one occasion, as well as scoring three goals in four games for Germany’s U16 side.

His form prompted questions as to whether he might be older than 12, and Dortmund U23 sporting head Ingo Preuss recently told Spox he thought the player’s age might only be an “estimate.”

However, a district office in Hamburg has confirmed to Die Welt that his birth certificate shows the attacker was born on Nov. 20, 2004.

Moukoko — whose 66-year-old father, Joseph, has been a German citizen since the 1990s — moved to Hamburg in 2014 and a spokesperson for the district office told the newspaper that the youngster received his German birth certificate in 2016.

Borussia Dortmund media director Sascha Fligge told the SID news agency on Sunday: “We have the birth certificates on hand. The one from Cameroon as well as the one from Germany.”

The issue of Moukoko’s birth certificate had been complicated by his father’s claim that he had registered his son with the German embassy in the Cameroonian capital Yaounde immediately after his birth, but the German Foreign Office said that was not the case, telling Die Welt: “The embassy in Yaounde has not issued a German birth certificate for Youssoufa Moukoko.”