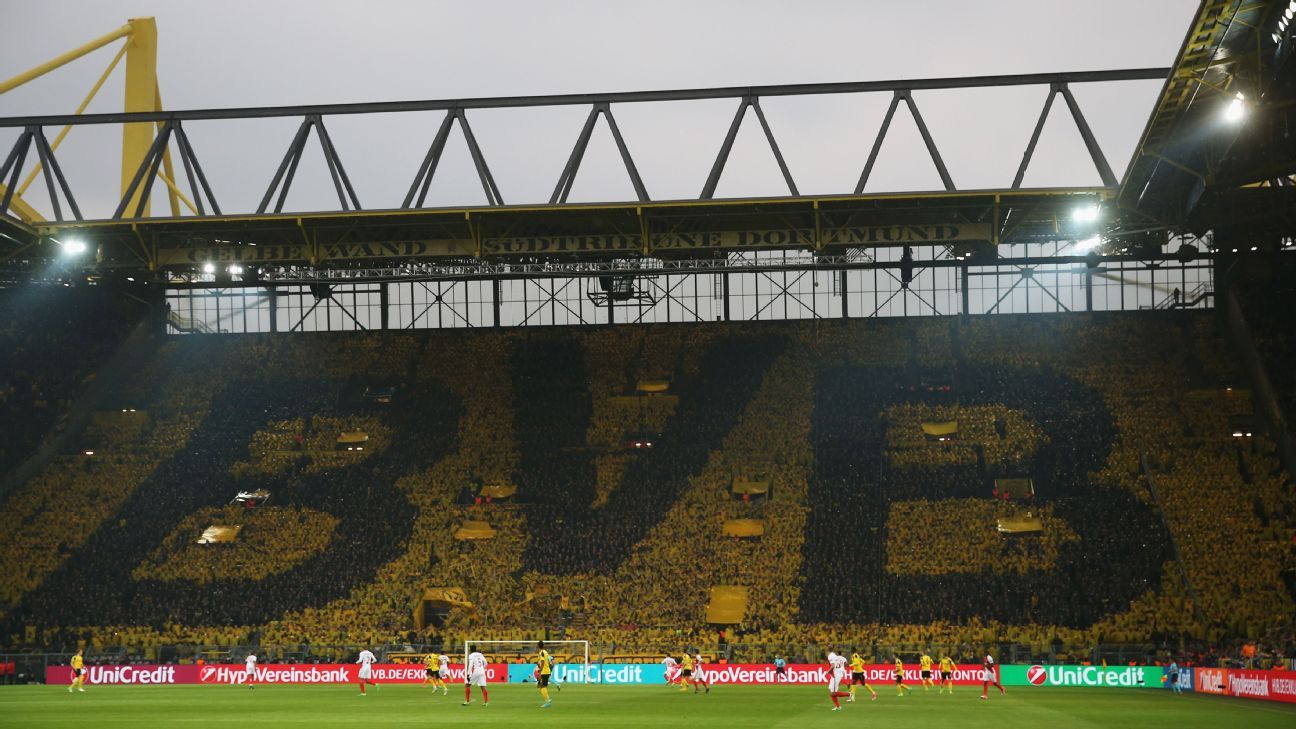 
Twelve-year-old attacker Youssoufa Moukoko scored a brace for Borussia Dortmund’s under-17s side in their first win of the season on Sunday.

On his first goal, he received the ball about 40 yards from goal, flicking the ball over a defender, then dribbled into the box before coolly slotting into the corner.

He then drew a penalty with some fancy footwork in the box and converted the spot kick himself.

His goals begin at the 2:20 mark in this video from the German Football Association:

The Germany U15 international was promoted to the club’s U17 side after only one season in the U15s, where he scored 33 goals in 21 matches after joining from St Pauli in 2016.

The Cameroon-born player’s age has been questioned by some, but speaking to Dortmund’s official website in April, his father Joseph said there was no reason to doubt it.

“Right after his birth, I registered him with the German consulate in Yaounde [Cameroon’s capital],” Moukoko Sr., who has been living in Germany since the 1990s, said. “The boy can’t be older because his mum, Marie, is only 28.”

Dortmund U15 coach Peter Wazinski also tipped Moukoko at the time for a great future in the new age group, saying: “He can score a minimum of 20 goals there.”