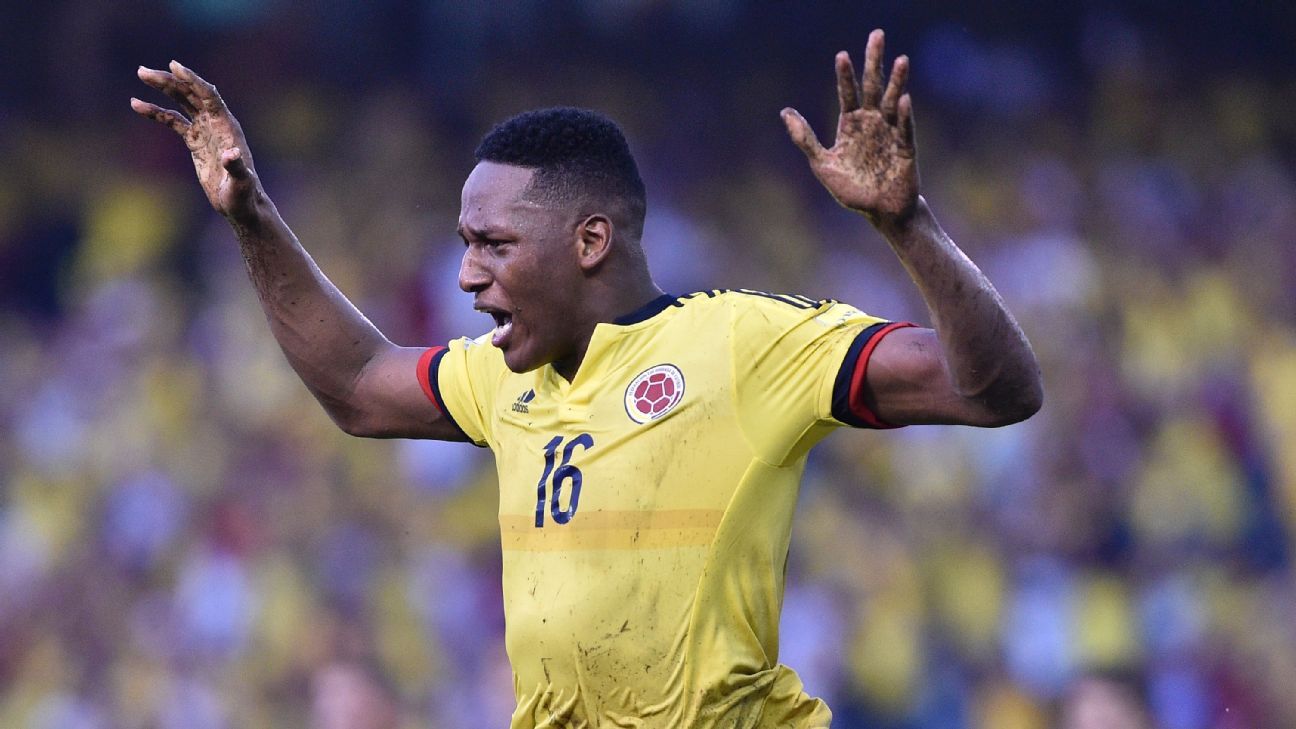 The Blaugrana already have Samuel Umtiti and Gerard Pique with plenty of football left in them, but Javier Mascherano is entering the twilight of his career and Thomas Vermaelen’s future appears destined to be elsewhere.

Sport mentions Yerry Mina as a potential target and that Palmeiras’ Colombian star could arrive as soon as January if they can shift Vermaelen.

Other defensive targets for the summer could be Napoli’s Kalidou Koulibaly, Borussia Dortmund’s Dan-Axel Zagadou and Lyon’s Mouctar Diakhaby.

One man that Barcelona will not sign, however, is long-time target Philippe Coutinho.

The Liverpool star has once again been linked with a move to the La Liga giants, with reports earlier this week saying that Fenway Sports Group were finally ready to sanction a sale.

The Express has poured cold water on those reports though, with news that Andres Iniesta and Ivan Rakitic have told the Barcelona hierarchy that they don’t want the club to sign the Brazil star.

The outlet says that the ongoing speculation about Coutinho’s arrival is “upsetting” Iniesta, while Rakitic fears the purchase of the 25-year-old “could cut down his playing time” with the Blaugrana.

What a difference a fortnight makes!

Earlier this month, Chelsea youngster Charly Musonda appeared heading for the Stamford Bridge exit after expressing his frustration at a lack of first-team opportunities on social media.

Fast-forward to now and, after impressing his boss Antonio Conte in Chelsea’s 2-1 Carabao Cup win over Everton, the Evening Standard says plans to send the Belgium Under-21 international out on loan have been shelved indefinitely.

Wednesday’s win also helped Michy Batshuayi’s cause immensely, with Conte declaring after the win that the oft-benched striker is now “ready to start” more regularly for the Blues.

– Arsenal could find themselves in a better position to acquire some of the globe’s finest young talent with the Independent reporting that Barcelona’s Raul Sanllehi could replace Dick Law as the Gunners’ chief transfer negotiator.

Sanllehi will leave the Camp Nou on Dec. 1, with Manchester City also interested in his services, which famously dragged a deal to bring Neymar to the Blaugrana over the line.

– Rafa Benitez hopes to land Sampdoria star Dennis Praet in January, reports HITC, as Newcastle plan to back the Spaniard.

The problem is that the Magpies can only buy the Belgian for €20 million next summer, meaning Benitez will need to switch targets if he cannot wait for a creative midfielder until next summer as the Italian club will not sell midseason.