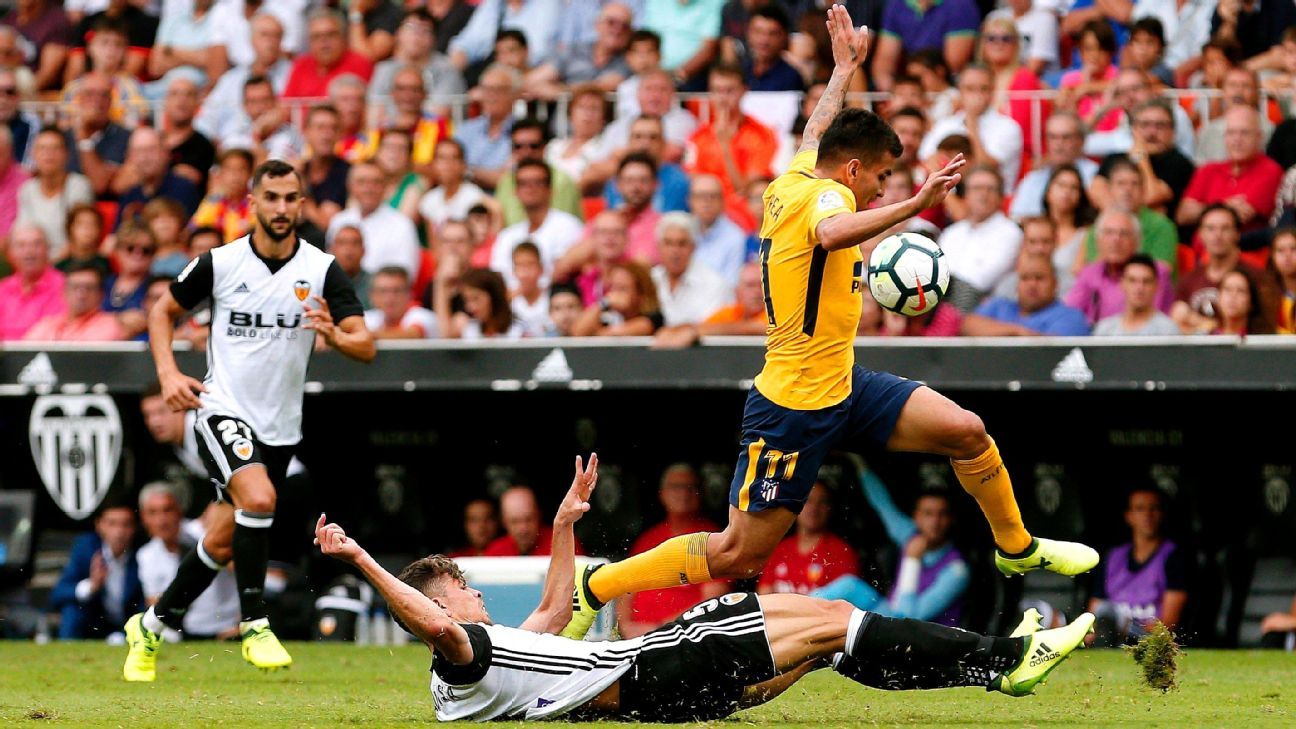 
Atletico Madrid played out a bore-draw 0-0 away to Valencia on Saturday afternoon. On a day when neither side seemed to have the gumption to go for it, chances were few and far between and a sell-out Mestalla would be right to feel short-changed.

Atleti clearly had one eye on the Champions League in midweek and Marcelino, the new Valencia coach, did not want a black mark against his name. Things were pretty mundane for the majority.

A first clean sheet of the season is always welcome.

Luciano Vietto still commands a place in this side.

5 — Diego Simeone set his stall out not to lose but also did not show much attacking intent.

GK Jan Oblak, 6 — Will have few easier afternoons. Dealt with a couple of crosses and that was about it.

DF Stefan Savic, 6 — Did what he needed to do against Simone Zaza.

DF Filipe Luis, 6 — A welcome return for the Brazilian. The final ball was a bit off but will improve with match practice.

MF Yannick Carrasco, 4 — Exactly the kind of performance that has you tearing your hair out. Would beat a man but then play a sloppy pass. Hooked on the hour.

MF Koke, 5 — Looked like someone who put in two shifts of 90 minutes during the international break. Surprisingly subdued.

MF Thomas Partey, 6 — Covered a lot of ground, but the final ball was lacking.

MF Saul Niguez, 6 — See Koke. Looked shattered and his radar was off.

FW Angel Correa, 6 — Has been in sparkling form recently but hardly had a sniff — not for the want of trying.

FW Luciano Vietto, 4 — Was on the pitch in name for 65 minutes. Running out of lives.

Nicolas Gaitan, 5 — Was average at best. Never looked like a difference-maker.

Fernando Torres, 6 — Better than the man he replaced, but still did not offer all that much.

Kevin Gameiro, NR — A welcome return to the first team.