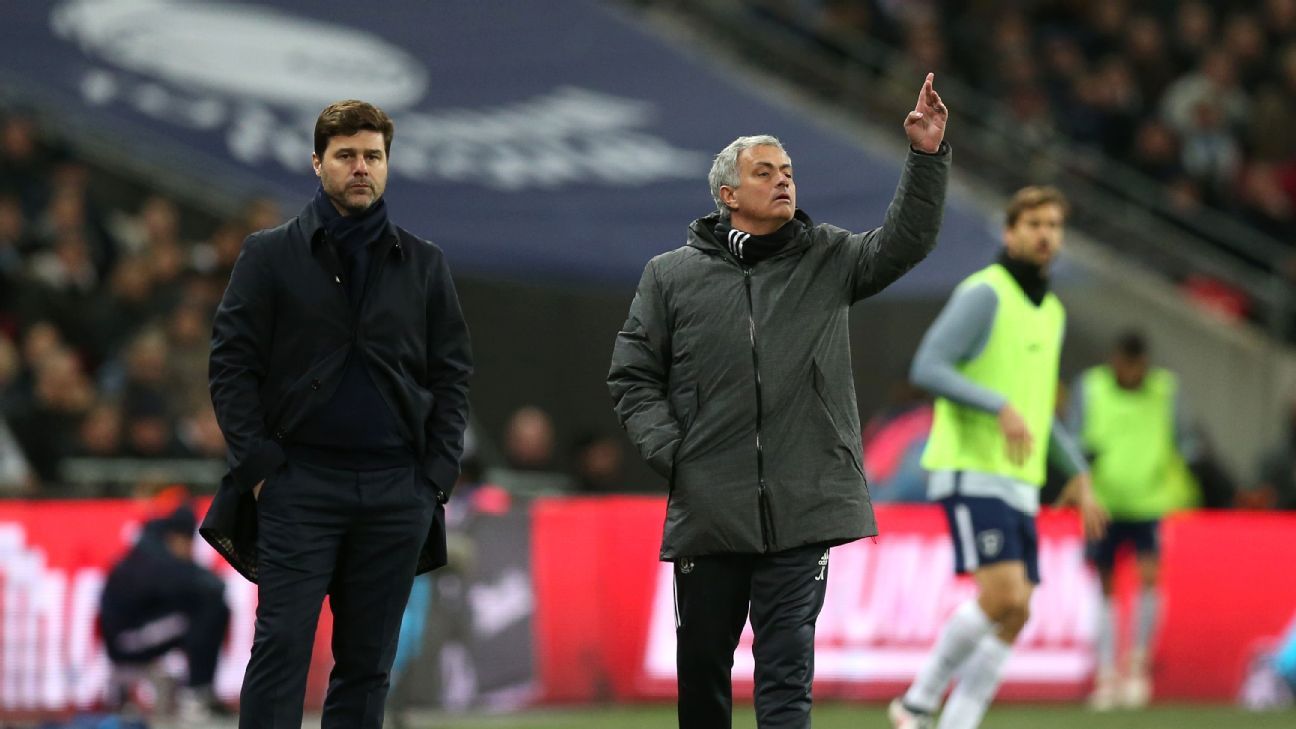 
Jose Mourinho broke down in tears. Manchester United had overlooked one of the greatest managers in history to appoint one who had never won a trophy. It is, according to Spanish journalist Diego Torres, what happened when the then-Real Madrid manager discovered United had opted for David Moyes in 2013. But it could have been a scene from the more recent past: Mauricio Pochettino was on United’s radar in 2016.

The choice boiled down to four men: persisting with Louis van Gaal offered continuity but baffling sterility; promoting Ryan Giggs promised unparalleled experience of life inside Old Trafford but with the downside of almost no track record as a manager; parachuting in Jose Mourinho brought one with the CV of a managerial giant, but invited misgivings that he was not a fit with United’s age-old ethos and identity. Then there was Pochettino, admired by Sir Alex Ferguson and some of his disciples, led vocally by Gary Neville.

United decided against the tortuous process of negotiating with Tottenham chairman Daniel Levy for Pochettino’s services, took the safe option of a serial winner who was readily available and went for Mourinho. Pochettino will be at Old Trafford on Monday, but only in the away dugout.

And if some at United may be feeling buyer’s remorse about Mourinho, it is all the more intriguing to wonder “what if” they had appointed Pochettino instead? Perhaps, as Pochettino is the most consistent manager in the Premier League since 2015, United would have been top-four fixtures. Possibly, as he has overachieved relative to transfer and wage budgets in a way that Mourinho has not in Manchester, he would have made them champions. Maybe, considering he had a transitional first year at Tottenham, United might have had the sixth-place finish at the start of a new regime without the gloss of trophies that Mourinho provided.

Mourinho, who seemed irritated by his perception that the Argentine is a media darling who is spared scrutiny for his lack of silverware, may argue that United would not have won the Europa League and the League Cup in 2017 without him. The alternative argument is that as another Mourinho reign threatens to unravel in fractious fashion in its third year, Pochettino, now happily into his fifth campaign with Spurs, would have brought rather lower-maintenance longevity. For instance, complaints about a lack of signings may have been kept in-house rather than splashed all over the back pages.

The sense is that those signings would have been very different, though. Zlatan Ibrahimovic, utterly unsuited to Pochettino-style pressing, presumably would not have been offered a spot at Old Trafford; a squad already containing ageing Wayne Rooney and Bastian Schweinsteiger would have contained hospital passes and political problems alike for a manager who values pace. Perhaps there would also have been less of an emphasis on buying Mino Raiola’s and Jorge Mendes’ clients — though few would deem that a bad thing.

Maybe Toby Alderweireld, like Pochettino, would have made his way north to represent United against Spurs on Monday. Perhaps United would have Davinson Sanchez, not Victor Lindelof. The chances are that, unlike under Mourinho, few players in their late 20s and 30s would have been identified as recruits and that the squad would be younger and better equipped to play a high-pace game.

Possibly, given some of the similarities in their thinking, Pochettino would have been competing with Jurgen Klopp for targets such as Naby Keita, Virgil van Dijk and Sadio Mane. It is possible some of his Tottenham loyalists, who have ignored the advances of wealthier suitors, would have traded London for Manchester if their mentor had gone ahead of them.

Mourinho’s advocates may arrow in on Pochettino’s transfer-market missteps — Fernando Llorente, Vincent Janssen, Serge Aurier, Moussa Sissoko and Georges-Kevin Nkoudou among them — to argue that the younger man’s erratic record would not have strengthened a squad that required major surgery. The truth is that Tottenham have not given him a supersized budget, United-style, to compete and much of his business has been undermined by a need to compromise. The great unknown is how he would fare with money to buy more star players.

Yet the greatest case for Pochettino lies in his capacity to make players better. Jesse Lingard kicked on under Mourinho last season, but others represent cases of arrested development. The sense is that United’s potential is remaining untapped. It is easy to envisage Anthony Martial and Marcus Rashford improving exponentially under Pochettino; perhaps, too, the now departed Memphis Depay and Adnan Januzaj.

Two of those Mourinho inherited, Luke Shaw and Morgan Schneiderlin, delivered far more for the Argentine boss at Southampton than for either of their United managers. Others offer intrigue. Would Juan Mata have been a Christian Eriksen-style creator for Pochettino? Would Ander Herrera, schooled by Pochettino’s hero, Marcelo Bielsa, have flourished for another manager with a similar philosophy?

That tactical approach and those training methods enable Pochettino to have a progressive feel that Mourinho lacks. If both managers have taken their current club up in the standings, he is the only one to overachieve. Pochettino’s durability and his capacity to sustain a period of relative success over several seasons is owed much to the way many of his players feel about him. The same may not be true of Mourinho, who feels more antagonistic than affectionate.

If Pochettino outlasts him, United may find themselves in a scenario they recognise from the past. Having first overlooked Mourinho, they appointed him three years later. They did not go for Pochettino in 2016; some think they should in 2019.