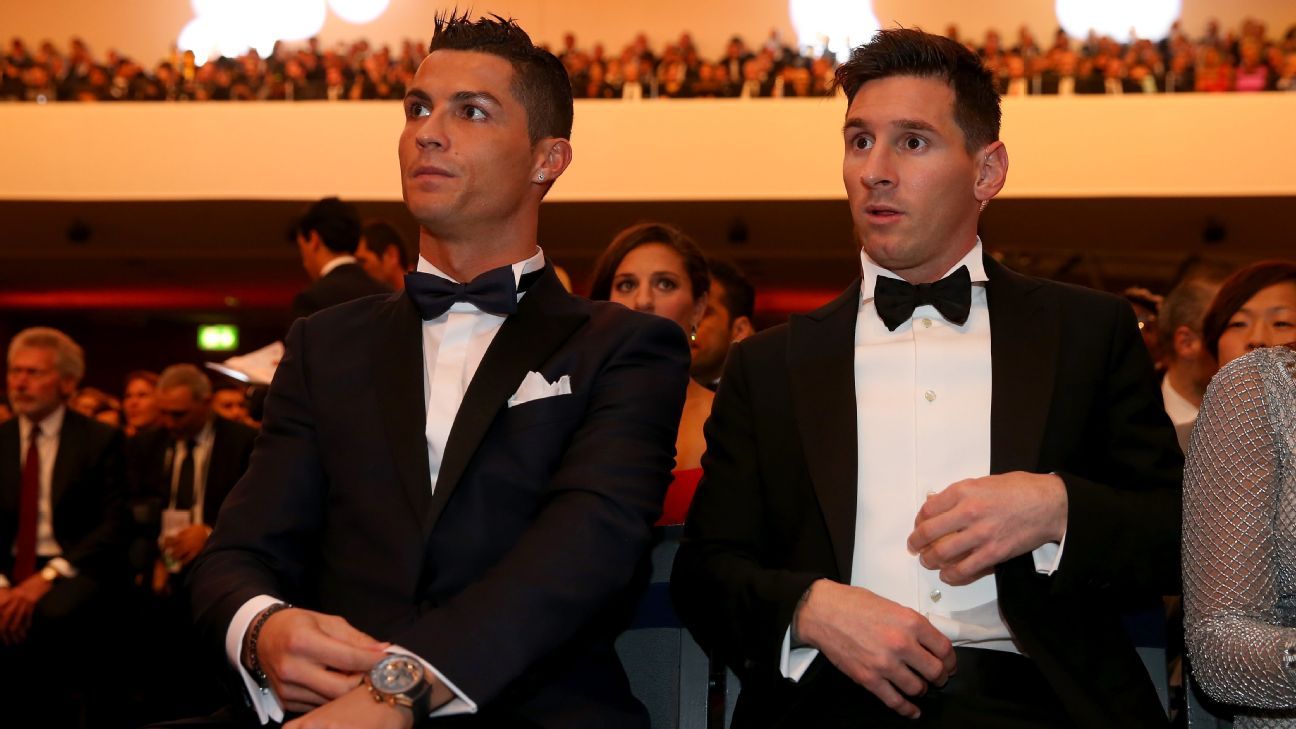 
On the face of it, World Cup qualification should be a fairly straightforward equation for both Lionel Messi and Cristiano Ronaldo.

For Ronaldo and European champions Portugal it’s simple against Switzerland in Lisbon on Tuesday: Turn up, win, qualify. For Messi and Argentina, a win in Ecuador on the same day would seal a playoff against New Zealand, and perhaps automatic qualification if other results go their way.

But it is never quite as simple as that in football. Messi and Ronaldo are now discovering that even they, the two greatest players of their generation, and possibly of all time, are as vulnerable to a twist of fate as the most unremarkable journeyman who has less than 1 percent of their talent and individual brilliance.

Incredible as it seems, there is now a genuine prospect of the 2018 World Cup taking place in Russia without football’s most iconic current players.

A World Cup without Messi and Ronaldo should be unthinkable, especially so with the two players arguably facing their final chance to win the biggest prize that has eluded them both during their stellar careers.

But that final chance may evaporate for both before 2018 even arrives.

The scenario facing Portugal and Ronaldo this week at least offers them the safety net of a two-legged playoff should they fail to defeat the Swiss, who travel to Lisbon with a 100 percent record of nine wins from nine games in UEFA qualifying Group B.

A win takes Portugal to Russia, but a draw or defeat will leave them as a seeded team in next month’s playoffs, which nonetheless could throw up a difficult home-and-away encounter with the likes of Sweden, Denmark, Croatia or even Italy if results go a certain way in the final round of fixtures.

The picture is less encouraging for Messi and Argentina, though.

Currently sitting in sixth place in South America’s CONMEBOL qualifying table, Argentina could yet finish fifth and secure a two-legged playoff against New Zealand with a draw in Quito if Peru lose to Colombia, but the 1978 and 1986 world champions are in no position to chance their luck by relying on the results of others, so they have to win to be sure.

But having failed to win in Ecuador since 2001, Argentina may well need every ounce of Messi’s genius to make the difference against a team that cannot even qualify for next year’s World Cup.

Yet playing at altitude, 2,782 metres above sea level, at the Estadio Olimpico Atahulpa, Jorge Sampoali’s team must overcome both a traditionally difficult opponent and the playing conditions, having got themselves into their current mess by losing at home to Paraguay and failing to defeat Peru in Buenos Aires last week.

Can they get out of it? This is a team not only with Messi’s talents, but also those of Sergio Aguero, Gonzalo Higuain (though neither are in the squad that faces Ecuador), Paulo Dybala, Angel Di Maria and so many others.

If Argentina make it to Russia, they will instantly be installed as one of the tournament favourites, but a qualifying campaign of three different coaches, a controversial Messi suspension for abusing a match official and those dropped points against nations that would usually be blown away by one of world football’s superpowers have left Argentina on the brink.

Netherlands, beaten on penalties by Argentina in the 2014 semifinal in Brazil, are almost certain to miss out on Russia, barring a freak seven-goal win against Sweden, while Italy are also facing the lottery of the playoff.

Chile, back-to-back South American champions, could yet miss out if they lose to Brazil on Tuesday, but for all of the star quality of the Dutch, Chile and even Italy, a World Cup without Messi or Ronaldo would be disastrous for the game.

There will be those who will seek to glorify the misfortune of Messi or Ronaldo if they spend next summer on holiday rather than in Russia, believing that the game is bigger than any player, regardless of their greatness.

But while that is true, the World Cup would be so much poorer for the absence of Messi and Ronaldo.

Imagine the excitement of a Portugal-Argentina clash in Russia, with Messi and Ronaldo facing off for the right to pursue their World Cup dream by ending that of their great rival at the same time?

It would be a box-office encounter, one which could define the 2018 World Cup, but that prospect could turn to do dust by close of play on October 10.

Ronaldo will want, and expect, to Portugal to claim the victory at Estadio da Luz which would spare his nation the anxiety of the playoffs, but the Portuguese at least know that they do not face the trap-door of elimination with a defeat on Tuesday.

Argentina, meanwhile, are hovering directly above that trap-door and they now need to turn up and deliver.

Despite his incredible success at Barcelona, Messi’s international career with Argentina has been a long tale of disappointment, both at the World Cup and Copa America.

If he can help change that narrative by dragging his team to victory in Quito, then perhaps that elusive World Cup winner’s medal will suddenly come closer to his grasp.

But there will be no second chances for Messi and Argentina now. It all comes down to one night in Ecuador.