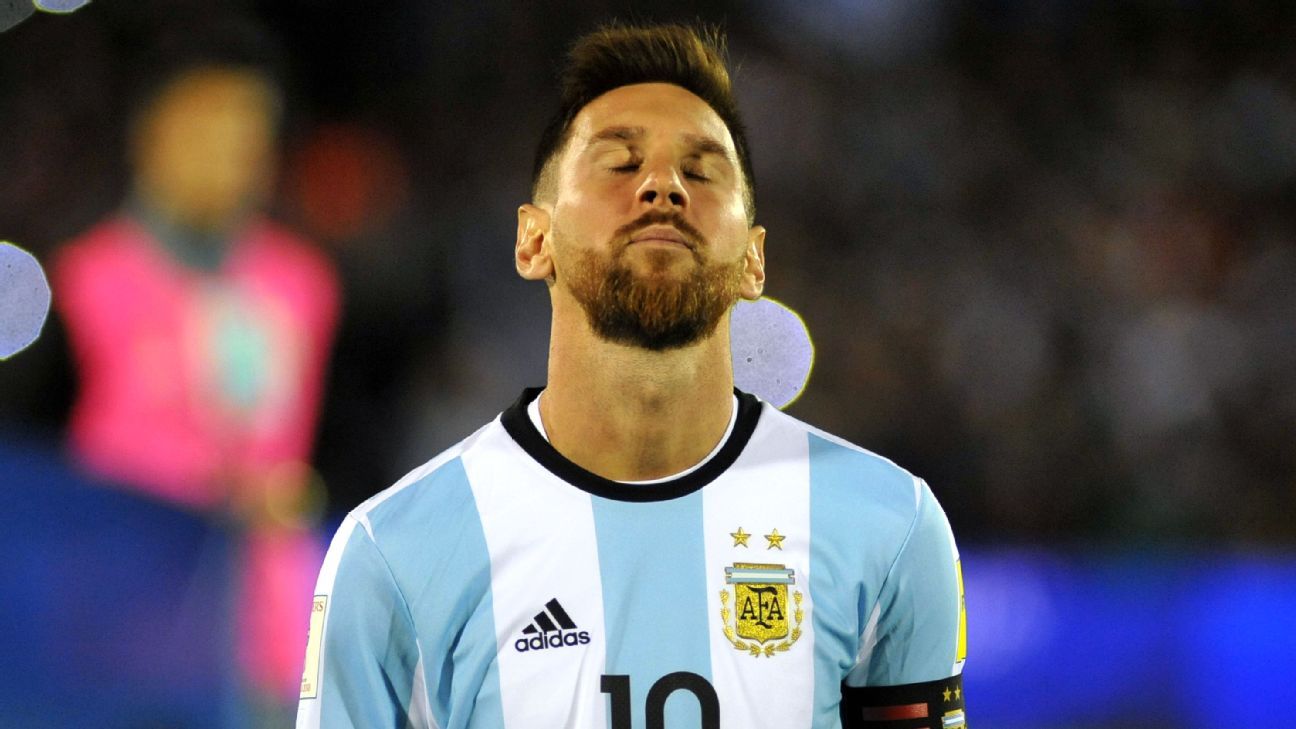 At least three of Europe’s traditional big hitters are in for an uncomfortable week. Italy are all but resigned to a playoff spot, sitting three points behind Spain in Group G but with a vastly inferior goal difference, while Netherlands are in severe danger of missing out on the World Cup altogether.

The Dutch lie third in an intriguing Group A, three points behind Sweden, who they host on the final matchday next Tuesday. A win in Belarus on Friday will keep Dutch playoff hopes alive until the end. France lead the group by a point from Sweden, but will be vulnerable if they drop points in Bulgaria, who are not out of the equation themselves.

Portugal’s campaign looks certain to boil down to a first-place decider with Group B leaders Switzerland in Lisbon. Cristiano Ronaldo and Co. are three points behind the Swiss but boast superior goal difference; assuming they win in Andorra and Switzerland defeat Hungary, next Tuesday’s tie is set up perfectly.

Germany and England are on the verge of securing automatic qualification, while Belgium are already through. Meanwhile, one more win for Serbia will see them qualify, leaving Republic of Ireland and a Gareth Bale-less Wales to fight it out for second in Group D.

There are few surprise packages although Northern Ireland, guaranteed at least second in Germany’s group, should make the playoffs and Montenegro currently occupy the runners-up berth in a tight Group E. The most nip-and-tuck section is Group I, which could be won by Croatia, Iceland, Turkey or Ukraine. — Nick Ames

When just seven points separate second position from eighth, it is easy to find the right place to look in South America: everywhere!

Brazil’s visit to Bolivia on Thursday has no relevance — Brazil are long home and dry, while Bolivia have no chance — but much is riding on everything else. Venezuela can’t qualify but they host second-placed Uruguay, who go on to complete their fixtures at home to Bolivia; their weakness on the road means that Luis Suarez and Co. should have a place in Russia in the bag.

Which leaves everyone else scrapping for the remaining two-and-a-half slots. Most eyes on Thursday will be on Buenos Aires, where under-pressure and fifth-placed Argentina take on Peru. Failure to win would leave the hosts in desperate trouble and, to add spice to the occasion, history resonates: In 1969, a 2-2 draw vs. Peru in the same Bombonera stadium cost Argentina a place in Mexico the following year; it remains the only World Cup for which they have failed to qualify.

And the stakes are high elsewhere. To keep their slender hopes alive, Paraguay probably need all three points away to third-placed Colombia, while Chile against Ecuador is a must-win game for two sides that sit outside the automatic places ahead of what is sure to be a tension-filled week. — Tim Vickery

For all practical purposes, the focus will be on the race for the third and final automatic qualification spot, as well as fourth place, which will send a team to a playoff against a side from the Asian Football Confederation (AFC).

Leaders Mexico have already clinched, while second-placed Costa Rica have secured at least fourth and are widely expected to seal their passage to Russia 2018 when they host Honduras on Friday. Therefore, most eyes will be focusing on the logjam underneath, with particular attention paid on Friday to Orlando, Fla., where the U.S. host third-placed Panama.

The U.S. is currently fourth, level on points with Honduras — but ahead on goal difference — and just a point behind the Canaleros. Bruce Arena’s men are favorites, but little has gone according to plan during this final round of qualifying, in which the they have already lost twice at home. Even if Panama are beaten, the U.S. must win in Trinidad & Tobago next Tuesday to guarantee third.

Panama finish qualifying at home vs. a Costa Rica side that will likely have secured qualification. Honduras have the toughest road given their poor goal difference, as well as the fact that they will face the Ticos on Friday before hosting Mexico four days later. — Jeff Carlisle

Unlike elsewhere, this is not the final week of games in Africa but, by the end of play on Matchday 5, two of the region’s representatives could be known. But rather than giants facing off against giants, it is upstarts who are going head-to-head against the big boys, several of whom face a battle to avoid the fate of already-eliminated Cameroon.

For example, Congo DR, who last appeared at the World Cup in 1974 as Zaire, are pushing Tunisia to the limit in Group A. Meanwhile, Group B has seen Zambia emerge as challengers after beating Algeria home and away and, if they can upset leaders Nigeria on Saturday, could pip them to the post on the final day.

Burkina Faso lead a tight Group D on goal difference against Cape Verde who, like Zambia, got themselves into contention with back-to-back wins over giants, in this case South Africa. The situation is complicated somewhat by the annulment of South Africa’s 2-1 win over Senegal on Matchday 2, a decision the Burkinabes have appealed. In Group E, Uganda are just two points behind Egypt and will keep the pressure on if they beat rejuvenated Ghana, who are without the dropped Ayew brothers.

But that is where the simplicity ends. While Ivory Coast, who visit Mali on Friday, lead Group C on seven points, Morocco, Gabon and Mali are still in with a shout; that might explain the return of Pierre-Emerick Aubameyang to the Gabon squad as they prepare for a trip to Morocco. — Colin Udoh

With the final round-robin stage complete, Syria and Australia, who finished third in Groups A and B respectively, will meet in a two-legged playoff on Oct. 5 and 10. The winners go on to meet the fourth-placed CONCACAF nation in a two-legged, inter-confederation playoff between Nov. 6 and 14 to qualify for the World Cup.

Just like in Asia, regional qualifying has been completed. Winners New Zealand will face the fifth-placed CONMEBOL country in a two-legged, inter-confederation playoff between Nov. 6 and 14; the winners will qualify for the World Cup.