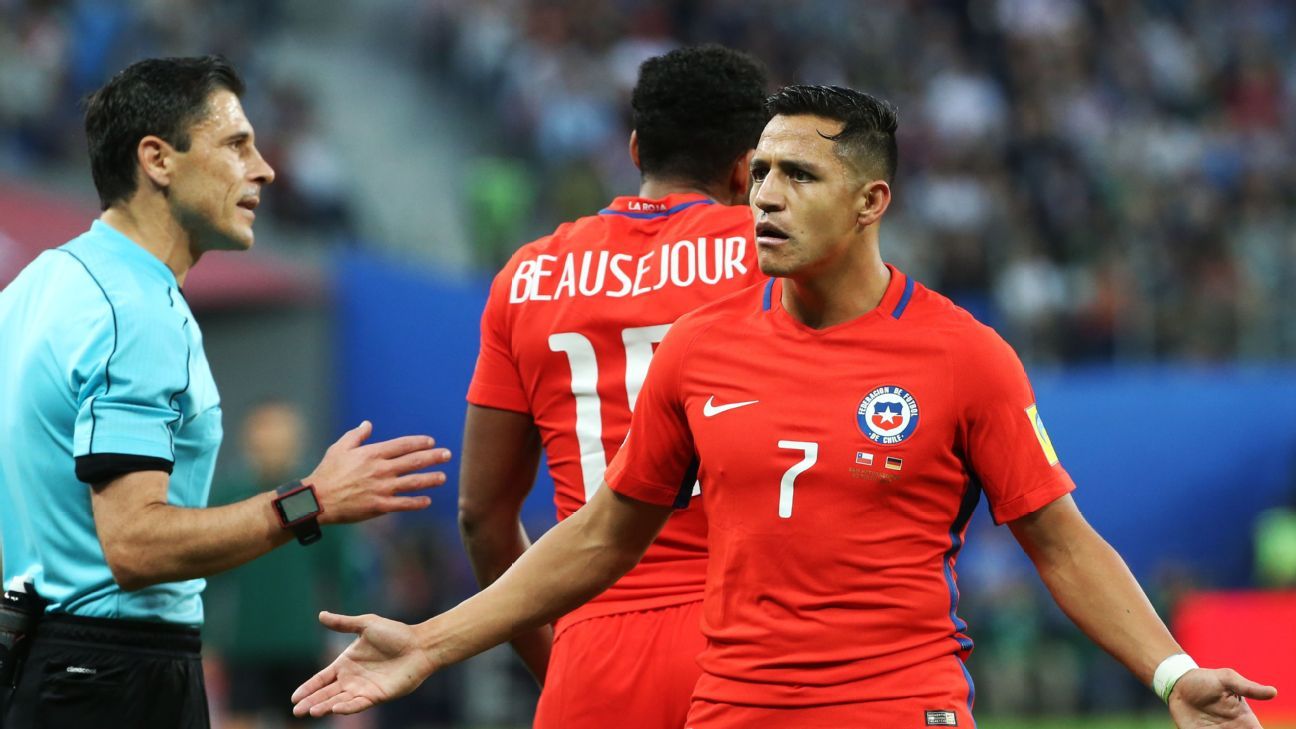 
Alexis Sanchez and Gareth Bale headline a host of big names who will be absent from next summer’s World Cup after Chile and Wales failed to qualify for the tournament.

Other stars, such as Croatia and Madrid playmaker Luka Modric and Denmark and Tottenham midfielder Christian Eriksen are still waiting to book their place in Russia next year via the playoffs, with will be held next month,

But here is an all-star XI from the players definitely not on the plane to Russia.

Voted the best goalkeeper in La Liga for the past two years, the 24-year-old’s hopes of appearing at a maiden World Cup were dashed after Slovenia were unable to progress from the qualifying group won by England.

A string of consistent performances at right-back led to Valencia being named Players’ Player of the Year at Old Trafford last season but the 32-year-old could not inspire Ecuador to what would have been his third World Cup.

Van Dijk has made no secret of his desire to leave St Mary’s but, if he is still there next June, he will miss the opportunity to showcase his talents on the biggest stage following Netherlands’ third-placed finish in UEFA qualifying Group A.

The former Sevilla and Inter Milan man wears his heart on his sleeve and is an influential figure for his country, but was unable to lead them to qualification as they missed out on the four automatic places and were edged out of the playoff spot by Peru.

A winner of six Bundesliga titles and the Champions League, Alaba’s international career has been less illustrious with Austria’s abysmal Euro 2016 campaign his only experience of a major tournament.

The Liverpool-bound midfielder will be fresh when he arrives at Anfield next summer after Guinea could not qualify from a group containing Tunisia, the Democratic Republic of Congo and Libya.

The midfielder, who starred in the last two World Cups, was suspended for Chile’s final qualifier against Brazil and watched on powerless from Munich as his team were eliminated.

It has been a positive few years for Wales but the Euro 2016 semifinalists were pipped to a playoff spot by the Republic of Ireland, meaning Bale’s wait for a first World Cup goes on.

One of the world’s brightest young talents will have to wait at least another four years to make his mark on the biggest stage of all after the U.S. failed to reach the World Cup finals for the first time since 1986.

Chile suffered last-minute heartbreak as they were pushed out of a playoff place when Peru equalised against Colombia, meaning the Arsenal star will not be sprinting up the flanks for La Roja in Russia.

Gabon have never qualified for the World Cup and the African country’s shortage of top-class players means talented forward Aubameyang may never have the opportunity to play at one.