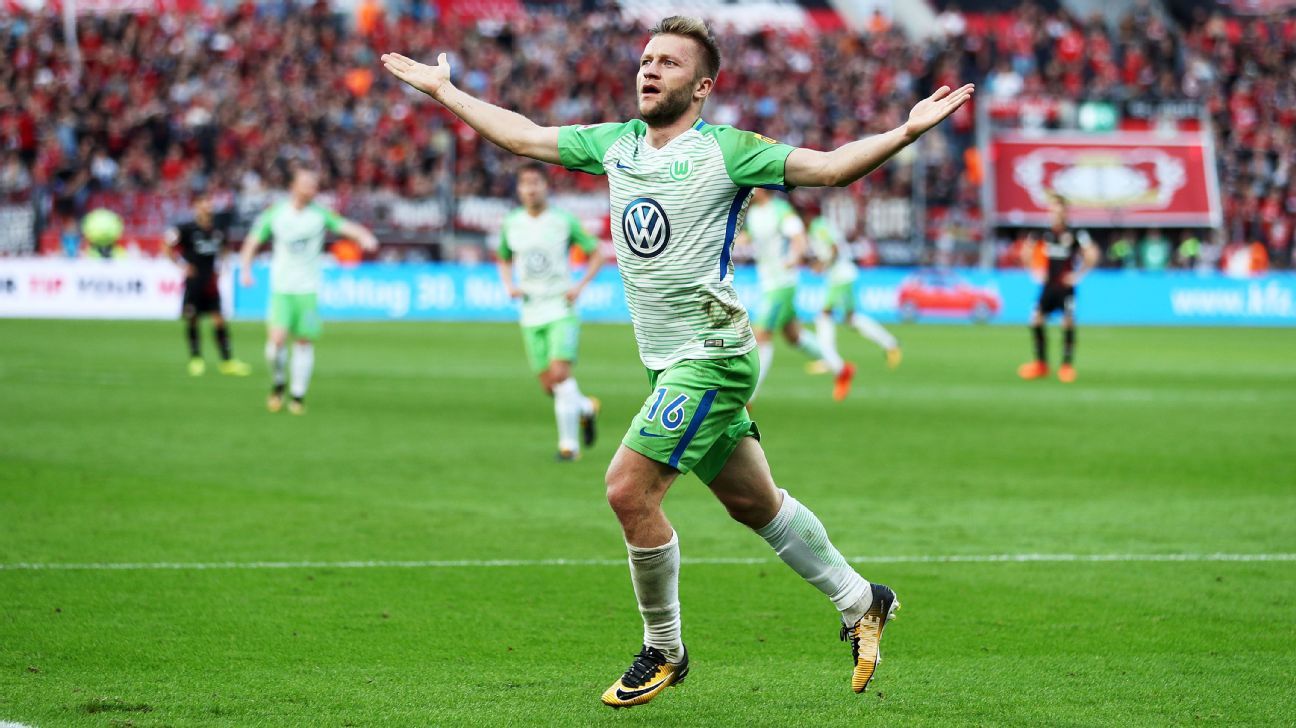 
Wolfsburg came from behind on two occasions to secure a point at Bayer Leverkusen on Sunday.

Lars Bender put the home team in front with 29 minutes gone before on-loan Liverpool striker Divock Origi equalised on the stroke of half-time.

Lucas Alario netted for Bayer on the hour mark, but Jakub Blaszczykowski hauled the visitors back on level terms after 69 minutes.

The draw was Wolfsburg’s fourth in succession in the Bundesliga and the second in as many matches for Leverkusen.

Meanwhile, Lars Stindl scored for the third away game in a row as Borussia Monchengladbach moved up to fifth place in the table with a 2-0 win at Werder Bremen.

Stindl, on target in the draw at RB Leipzig and the heavy defeat at Borussia Dortmund prior to the international break, was on the score sheet again at the Weserstadion, opening the scoring after 27 minutes.

Jannik Vestergaard added a second goal seven minutes later to leave the hosts still without a win in the Bundesliga this season.