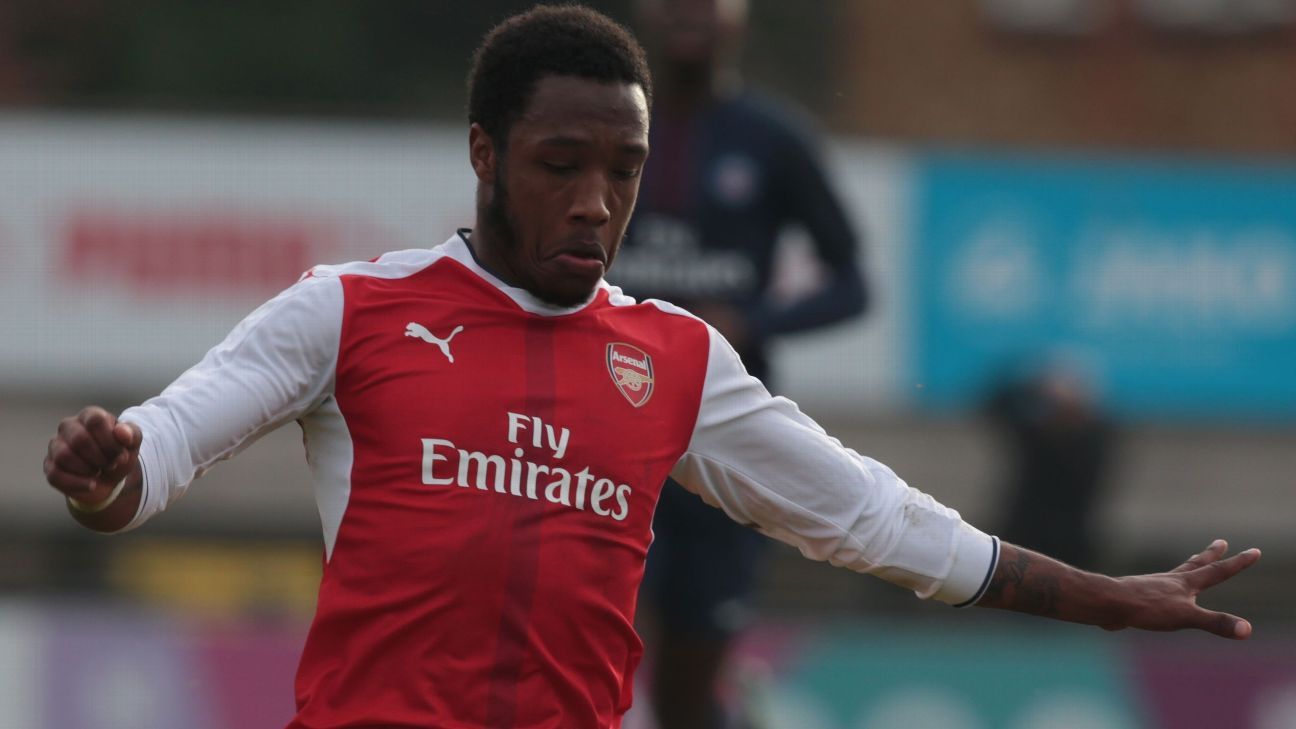 
Wolfsburg have announced the signing of teenage Arsenal striker Kaylen Hinds, who has signed a three-year contract with the Bundesliga club.

Hinds, 19, has not made a senior appearance for Arsenal and spent part of last season on loan at League Two Stevenage, for whom he started four games.

The move will see him link up again with former Arsenal academy coach Andries Jonker, who is now in charge at Wolfsburg.

A statement on the official Wolfsburg website said he had “been taken on as a possible prospect for the professional team and will participate in training activities with the side.”

Reports in the British media suggested that Wolfsburg would pay around £2 million for Hinds, who has represented England at under-16, U17 and U18 levels.