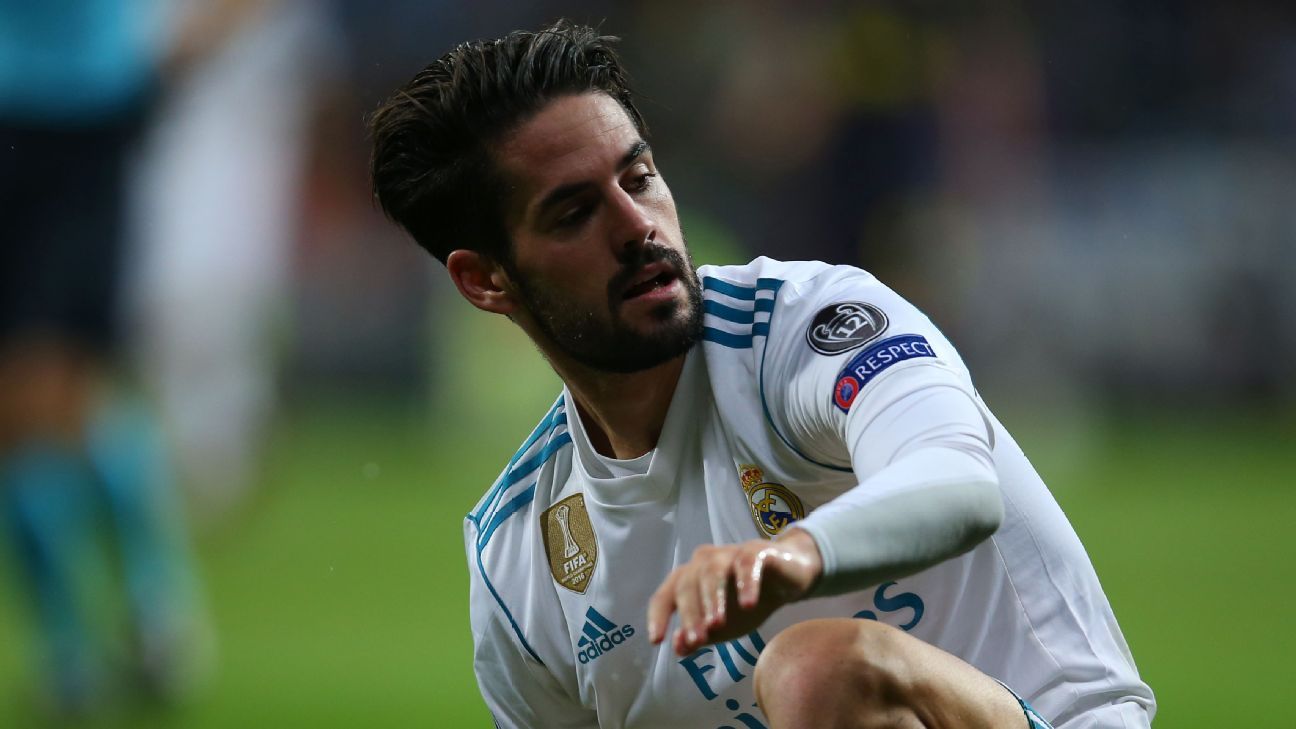 
There are not too many instances at the highest level of European football where a team can go from playing a game in front of 46,585 supporters to another four days later that will be attended by — at most — little more than 7,000, but that will be the case when Eibar host Real Madrid on Saturday.

With a capacity of 7,083, Eibar’s Ipurua Stadium is by some distance the smallest ground in La Liga, Ligue 1, Bundesliga, Premier League and Serie A. Barcelona’s reserve side play at the Mini Estadi, which holds more than double the number of spectators.

But that does not mean Eibar are a small club: currently eighth in the Primera Division and two points off Villarreal in sixth, Los Armeros are on the up and attempting to increase their international profile with supporters’ groups springing up in Germany, the U.S., Venezuela and China, among others.

A game against the reigning European champions is another opportunity for Eibar to enjoy a day in the sun. If they reach the Europa League group stages next season — something that the club would have preferred not to do as recently as last year, when consolidation in La Liga was the primary objective — they may have to borrow a stadium, but they will have no shortage of well-wishers.

Eibar only survived their first ever top-flight season in 2014-15 when Elche were hit with administrative relegation. By any measure, the current position of Jose Luis Mendilibar’s side in La Liga is an incredible achievement.

While Real’s opponents on Saturday are looking up the table, Zinedine Zidane’s side have essentially stopped looking at it altogether. Madrid’s last Liga away day against Espanyol provided ample evidence that a domestic title defence has been definitively discarded, while Isco summed up the lack of motivation among the Frenchman’s players outside of European competition by taking a full 35 seconds to slouch off the pitch in Cornella when his number came up. Despite the scoreboard reading 0-0, not one of his teammates suggested he hurry up. All eyes were on Paris Saint-Germain. Now they are fixed exclusively on the next Champions League draw on March 16.

Isco is a case in point. In the return fixture against Espanyol in the Bernabeu last October, the Spain midfielder drew plaudits for a virtuoso performance, scoring both goals in a 2-0 victory. In Paris, he warmed the bench as Zidane opted for pace and width in midfield through Lucas Vazquez and Marco Asensio, who were late game-changing substitutes in the Bernabeu against the Ligue 1 side.

Alongside him was Gareth Bale, who was also omitted for the first leg against PSG and did his claim to an undisputed first-team place little good in a lacklustre outing as a striker in the RCDE Stadium. Both now appear to be more a part of Zidane’s Plan B than A-listers. Real’s complete mastery of PSG at Parc des Princes was staged by the Frenchman’s lesser courtiers, but it remains to be seen if he retains his faith in them for the quarterfinals.

With Luka Modric and Toni Kroos back in the squad after injury, it seems unlikely Zidane will relegate his first-choice pairing in Europe and both will feature at some stage in Ipurua to regain some rhythm, along with several who did not start in Paris. Bale and Isco will be chief among those, handed another chance to persuade their manager they merit greater importance in the season’s remaining crunch fixtures.

After Real’s team display last Tuesday, they may face an uphill struggle, not least Bale with Zidane no longer married to a 4-3-3 formation and Vazquez boasting 13 assists this season.

With Real’s focus fully on Europe, Eibar are more than equipped to spring a surprise on Saturday — not that Madrid dropping points in La Liga this season can now be described as such. Mendilibar’s side put five past a disinterested Sevilla a few weeks ago and held Zidane’s team in the Bernabeu last season.

In reality, another adverse result will be met with little more than a shrug within the Real hierarchy. It is an unfamiliar position for Madrid to find themselves in, particularly as defending champions, but all of the club’s eggs are in one basket for the remainder of the 2017-18 campaign.

Zidane’s primary concern in Ipurua and for the next four weeks will be ensuring those he has decided are capable of laying on European gold again remain injury-free while using his squad to go through the motions domestically.