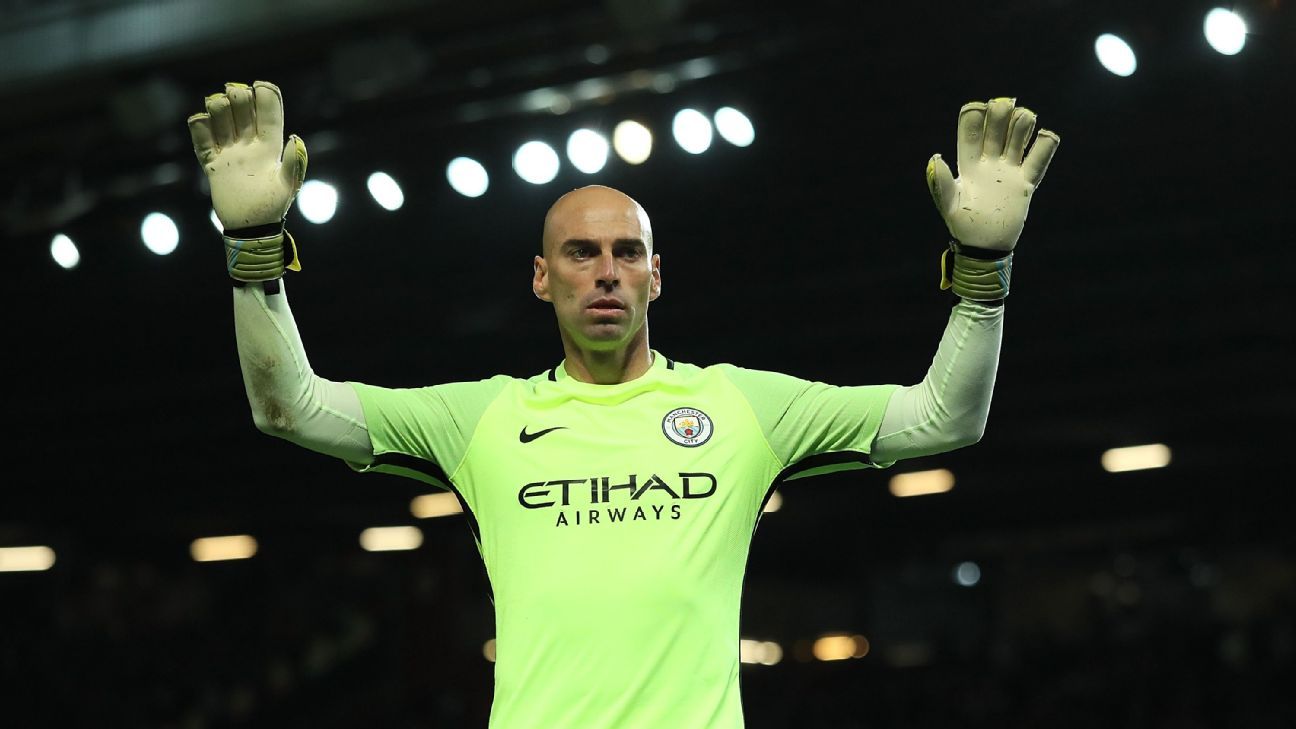 
Chelsea have completed the signing of former Manchester City goalkeeper Willy Caballero on a free transfer.

Caballero, 35, joins as the primary backup to No. 1 Thibaut Courtois after Chelsea allowed Asmir Begovic to join Bournemouth earlier this summer, with Portuguese veteran Eduardo — who signed a one-year contract extension in May — retaining his place as third choice at Stamford Bridge.

The Argentine told his new club’s official website: “I am very happy to join Chelsea, the champions of England.

“I am looking forward to meeting the guys and helping the club achieve more success in the coming season.”

Caballero becomes Chelsea’s first senior signing of what is expected to be a busy summer of spending.

A £35 million deal for Monaco midfielder Tiemoue Bakayoko is edging closer, while talks are ongoing with Juventus and Everton over Alex Sandro and Romelu Lukaku respectively.

Reports this week also suggested that Chelsea are closing in on an agreement with Roma for the acquisition of defender Antonio Rudiger.

Chelsea technical director Michael Emenalo added: “We are very happy to have Willy on board. He knows the Premier League and is tried and tested at the top of the game.

“We have three experienced goalkeepers and we look forward to welcoming him to the club when the squad returns to preseason training.”

Caballero joined City in July 2014 from Malaga, where he first came to wider European attention by helping the club make a surprise run to the Champions League quarterfinals in 2013 under Manuel Pellegrini.

In three years at the Etihad Stadium, he served largely as Joe Hart’s backup, but he earned hero status in February 2016 by saving three penalties as City beat Liverpool 3-1 in a shootout at Wembley to win the League Cup.