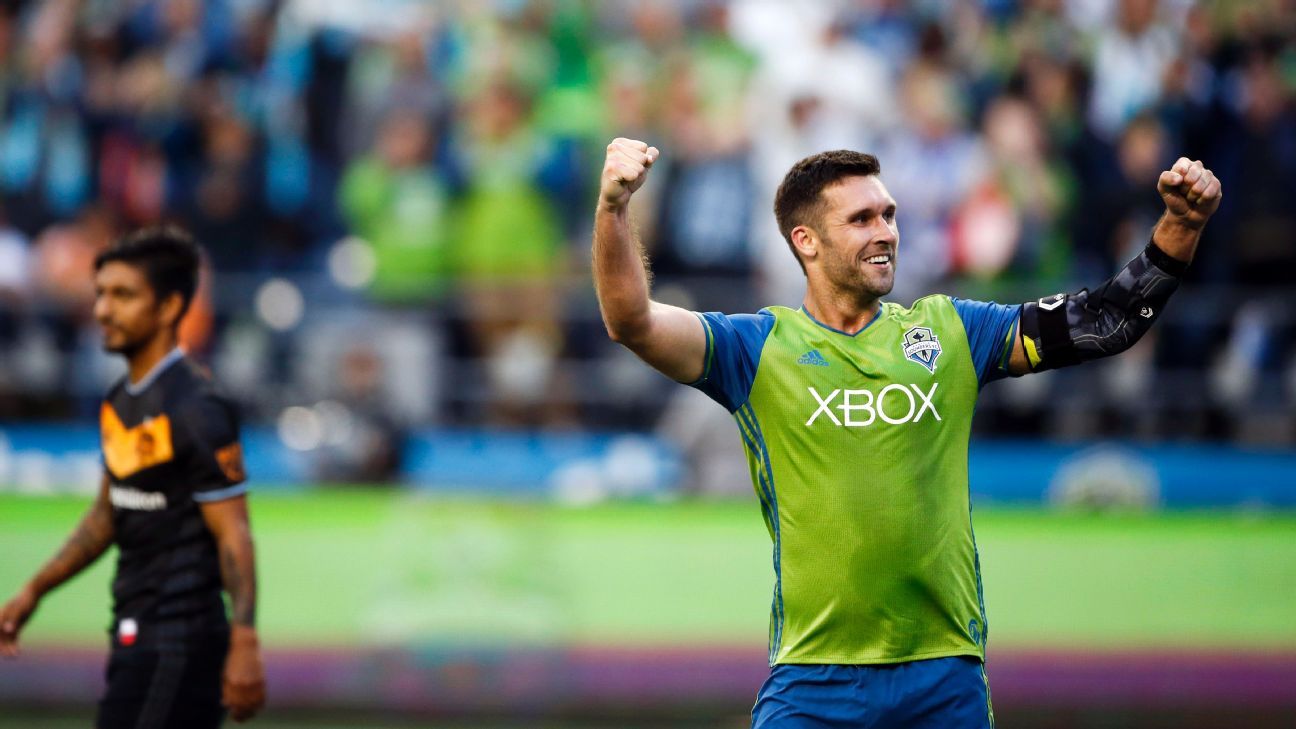 
Seattle Sounders forward Will Bruin has revealed Houston Dynamo players had tried to put him off his stride in Sunday night’s MLS game by tugging on the strapping for his dislocated elbow.

Bruin, 27, scored the only goal of the game at CenturyLink Field as the Sounders bounced back from a 3-0 loss at Columbus on Wednesday for their third victory in four games.

That winner came from a 69th-minute header, while goalkeeper Stefan Frei had his third clean sheet in four games.

“The first few minutes, I could tell that they were kind of going out of their way to kind of grab it and pull it and stuff,” Bruin said. “It was a tough one. I was trying to grind them down and annoy them all game. I knew I’d get my one chance.”

Bruin had not played since coming on late in a 1-0 victory against Real Salt Lake in Seattle on May 20. But with Clint Dempsey and Jordan Morris on duty with the U.S. national team, and the Sounders playing their third game in nine days, coach Brian Schmetzer needed to call on Bruin.

“He’s a tough kid, so I don’t think he was worried about it,” Schmetzer said. “But we were worried about how it would affect his movement, his running balance, and some of those things.

“He proved tonight that he was willing to sacrifice and get on the end of a header and challenge defenders. He was good.”

Bruin added: “We had some good build-up play for it. We got the ball wide, and Cristian [Roldan] literally put it right on my head. If I would have missed that shot, I would have started questioning my career.”

Bruin has four goals this season for the Sounders. He had 50 in six seasons with the Dynamo before being traded to Seattle in December for allocation money.

Frei has five clean sheets this season, and his last three have all been in 1-0 wins. Houston are tied for the second-most goals in MLS this season with 27, and Erick Torres has got 10 goals to his name.

“They have a dangerous three up there that like to shoot, and they’ve proven they’re good on the counter,” Frei said. “We kept them at bay today.”