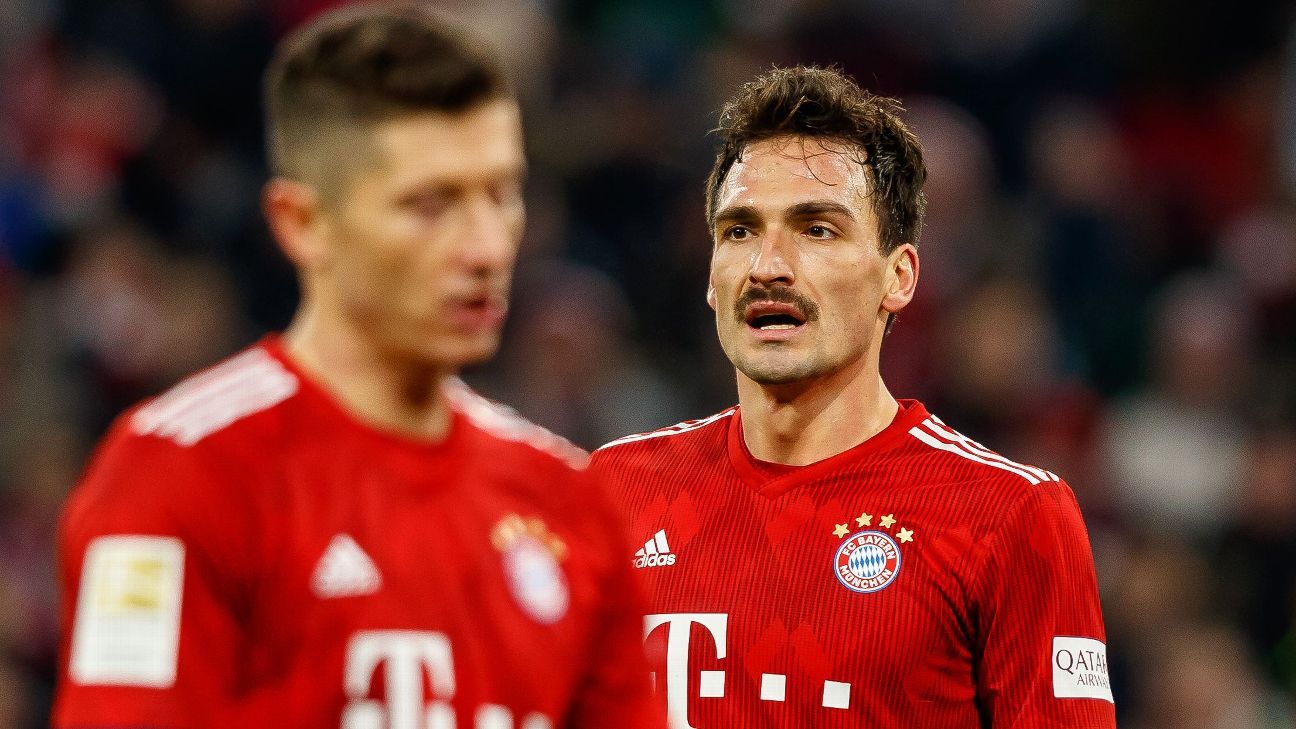 
Where were we? Ah, the Bundesliga … 26 days after playing its last game of 2018, Germany’s top flight has re-emerged from hibernation just in time for the most inclement weather of the year. Winter is not going anywhere yet.

Since a ball was last kicked in anger, the headlines have been dominated by Franck Ribery eating a golden steak in Dubai and the fallout of him posting an abusive message to his critics. Which is another way of saying that nothing’s really happened. People have had to tune in to watch the Handball World Cup out of sheer boredom.

Even Christian Pulisic’s €64 million move from Borussia Dortmund to Chelsea failed to set pulses racing, since it won’t come into effect until the summer. The 20-year-old is keen to leave as a Bundesliga champion and make a big impact in the knockout stage of the Champions League first, though. Yet the league leaders, six points clear of second-place Bayern Munich, have found an impressive number of different ways to avoid saying that they are favourites to win the title.

“Borussia, favourites? No, no, no,” Dortmund manager Lucien Favre told Neue Zürcher Zeitung on Friday with mock indignation. The club have decided that their amazing first half of the season — the best since their double-winning campaign in 2011-12 — should raise as little attention as possible for fear that the players will become complacent. Worse still, the Bavarian beast might be woken from its slumber if the Black and Yellows make too much noise at the top.

“Keeping quiet is the only way,” BVB CEO Hans-Joachim Watzke said recently. “If you’re shouting from the rooftops, all of Bayern’s alarm systems kick into action. You have to catch them out when their systems are down for a moment.”

Friday’s tricky appointment at TSG Hoffenheim will provide an early indication whether Niko Kovac’s Bayern side are fully awake and taking the threat to their throne seriously. They certainly have found their voice, in typical Bayern fashion, as centre-back Niklas Sule — the only guaranteed starter at the heart of the defence in a season that has seen both Mats Hummels and Jerome Boateng struggle — has vowed to “hunt Dortmund down.”

Those bullish words reflect a genuine upswing in mood in Munich. Confidence is high following five wins on the trot in the league before Christmas, against above-average opposition; Kovac’s change from all-out rotation to a more settled line-up with two holding midfielders has stabilised things in the dressing room as well as on the pitch.

There’s no question that even a less-than-brilliantly-functioning Bayern have enough firepower to go on a run and reel in Dortmund if the leaders don’t keep winning. Ironically, however, a former Dortmund great could throw a spanner in the works and do his old club a huge service.

If Bayern were to lose heavily against Jurgen Klopp’s Liverpool in the Champions League round of 16, all the suppressed doubts over Kovac’s long-term suitability for the job will flood back to poison the atmosphere for the latter stages of the season — at which point Favre’s gallant Dortmund youngsters might well be out of sight.

It’s true that Dortmund have more to lose if they fail to take this golden opportunity to add another Meisterschale to the cabinet, but the repercussions of a season without a major trophy will be much more keenly felt at Sabener Strasse. Either way, this German football version of “Game of Thrones” promises to be the most fun series in seven years.