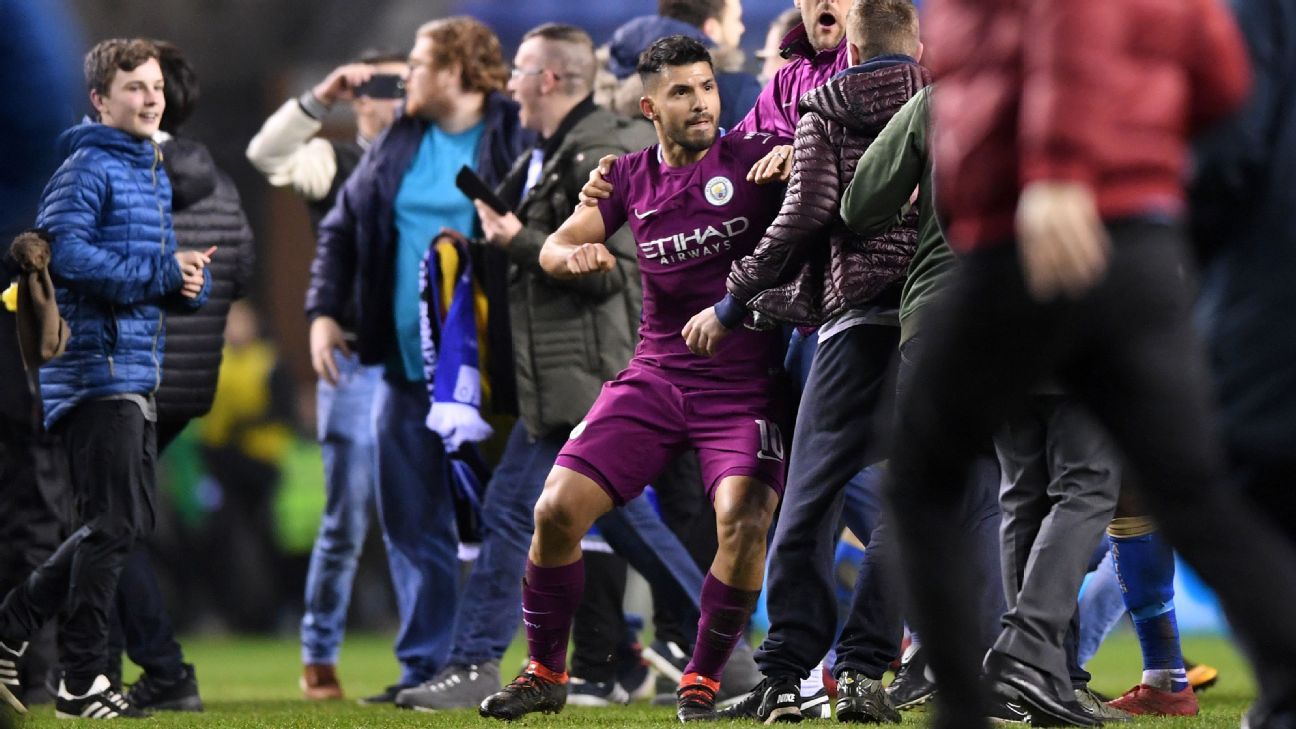 
Manchester City and Wigan Athletic have been charged for failing to control their players during the FA Cup fifth round clash on Monday night, the Football Association has confirmed.

But City striker Sergio Aguero will not face any disciplinary action over his altercation with a fan during a pitch invasion after the game. The FA will also take no action against any players or coaching staff from either team after an argument in the tunnel at half-time.

Both clubs have also been asked to give their observations on the pitch invasion after the final whistle of Wigan’s shock 1-0 victory. The charges relate to the reaction of both sets of players following the straight red card for City defender Fabian Delph just before the break.

Players from both sides surrounded referee Anthony Taylor, who initially looked like he was going to give a yellow card for Delph’s challenge on Wigan’s Max Power.

An FA statement read: “Both Wigan Athletic and Manchester City have been charged for failing to control their players in relation to the dismissal of Fabian Delph during last night’s Emirates FA Cup fifth round tie. The clubs have until 6pm on Friday, Feb. 23 to respond.

“In addition, both clubs have been asked to provide their observations following the crowd trouble at the end of the game and have until Monday, Feb. 26 to respond.”

The FA has studied the referee’s match report and television footage of the incident at half-time, full-time and the incident involving Aguero and a supporter.

Footage appeared to show Aguero raising his arm to push away a supporter as hundreds of fans ran onto the pitch, but the Argentine has claimed that it was a reaction to being spat and sworn at, sources have told ESPN FC. The FA will not take any action against him but he will be reminded of his responsibilities.

And no action over the tunnel argument at half-time with coaching staff including City coach Pep Guardiola and Wigan boss Paul Cook appearing to jostle each other.

The FA is satisfied that no misconduct from either side took place. Guardiola played down the incident after the game saying: “Nothing happened in the tunnel, nothing happened with my colleague. It was just, ‘Stay in your position,’ that’s all.”