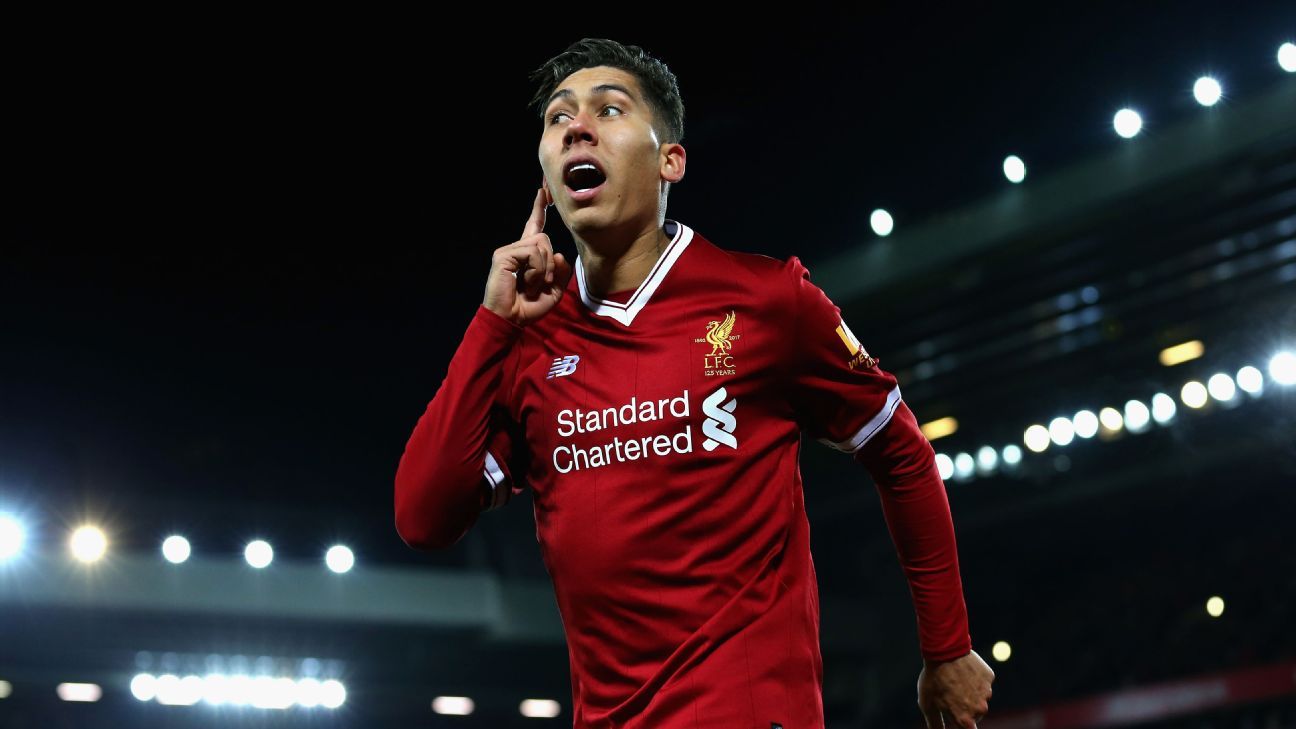 
Squad numbers can seem irrelevant these days. They should not, and not just because some players have co-opted them profitably into a personal brand. More pertinently, they can mean something, defining duties and making footballers part of a tradition for club or country.

Manchester United and Liverpool both got a new No. 9 last summer, a famous shirt going to different players in different ways. United spent £75 million on Romelu Lukaku. Liverpool moved Roberto Firmino from No. 11 after the arrival of Mohamed Salah. In each case, there felt something conscious in the decision-making: Lukaku wore 10 for Everton but was given the centre-forward’s number, even though Zlatan Ibrahimovic, who had worn it, would subsequently be re-signed. Firmino took a number that had been vacated by Christian Benteke, a man he displaced.

They meet on Sunday as traditional No. 9 and false nine, representing two contrasting tactics and conflicting strands of thought. Firmino fits Liverpool’s fluid formation, Lukaku United’s rather more static approach. The Brazilian embodies Jurgen Klopp’s philosophy. The Belgian follows in a long line of sizeable centre-forwards Jose Mourinho has deployed. It is hard to imagine either being as pivotal for the other manager, yet opposites sit side by side in the scoring charts: Firmino has 22 goals, 13 in the Premier League; Lukaku has 23, 14 in the top flight.

They have delivered in dissimilar styles. They are the leader of the line and the leader of the pressing game respectively, the traditional target man and the new-style striker who is not really a striker. Lukaku operates as the most advanced man in the forward line, Firmino in the centre of an inverted front three where Salah and Sadio Mane often advance beyond him.

The numbers illustrate their differences. Lukaku has more shots per game and more on goal. He wins, on average, three times as many headers as Firmino. He makes more clearances, a sign of his work defending set pieces in his own box. He is offside more. Without even seeing him play, the figures offer ample indications he is a tall, quick specialist striker with a predatory streak.

Firmino’s are altogether different. He averages more passes per game, with a higher completion percentage. He makes more of what WhoScored term “key passes”. He makes far more tackles per game, 1.8 to 0.2. He is more of an all-round footballer; “other teams can … use him as a nine or a 10 or they’ll use him out on the wings,” Klopp said last week. Perhaps the problem Brendan Rodgers had was that a player with a broad skill set may lack a defining attribute. It posed the question of what, precisely, Firmino was.

Klopp was swift to provide an answer: Firmino has been both the scourge of the striker — seeing off both Benteke and Daniel Sturridge — and Liverpool’s 21st-century version of a centre-forward. Lukaku fits more of a 20th-century type.

Yet opposites have gravitated towards each other a little. Lukaku has got better at showing a selfless streak, the improvement in his play outside the penalty area reflected by the reality he has already equalled his career best of six assists in a Premier League season; he has two months to set a new marker. Firmino’s improvement is more explosive and more obvious.

Last season, Lukaku scored more than twice as many goals, 26 to 12. Now their private competition is far more equal. Firmino has 15 goals in his past 20 starts. He has bridged the goalscoring gulf between them, offering an eloquent rejoinder to the hackneyed argument that Liverpool need a specialist striker. He has joined Ian Rush, Robbie Fowler and Fernando Torres in delivering 20 goals in a season wearing the No. 9; he may yet emulate them in reaching 30.

Lukaku is the fourth United forward in the squad number to reach 20, after Andy Cole, Dimitar Berbatov and Ibrahimovic. None has gone on to 30. He can argue he has shouldered a bigger burden than Firmino, and not merely because of the expectation generated by his price tag and prolific past. He does not have Salah by his side. Firmino has been in the Egyptian’s slipstream. Lukaku has delivered a higher percentage of his club’s goals.

He does, though, have fewer in marquee matches. Firmino has seven in the Champions League and others against Arsenal and Manchester City. Rewind to the start of his Liverpool career, and his belated first strike came against City and the next two at Arsenal’s expense. He was the big-game specialist whose goals dried up on lesser occasions. Lukaku was his opposite: he had only five in 41 games against England’s top six before last month’s strike against Chelsea. The flat-track bully tag still lingers.

Firmino has gone further to rebut the criticisms. His new-found potency, besides suggesting he should sneak on to the shortlist for the PFA Player of the Year award, represents a warning to the one-dimensional finisher: if he can contribute everything else he does and top 20 goals, it is bad news for the penalty-box poacher. To Mourinho’s satisfaction, Lukaku has added more to his armoury this season, but when Firmino is almost matching him goal for goal, it is a sign he is outperforming him.