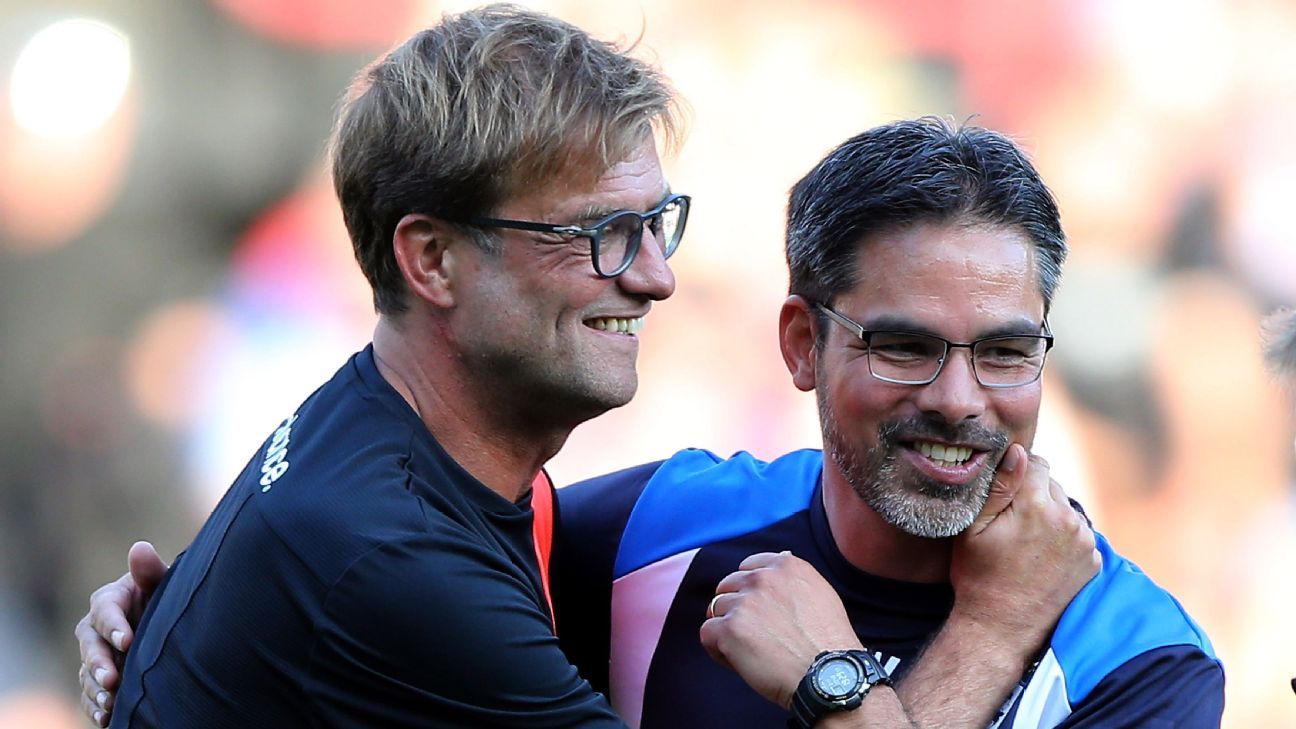 
This is an interesting time for Borussia Dortmund. After finishing third in the Bundesliga last season behind not only Bayern Munich but also fizzy drink-funded upstarts RB Leipzig, internal machinations saw coach Thomas Tuchel depart and Peter Bosz arrive from Ajax. How the first-team reacts to the change and the possible upheaval will be fascinating.

But beyond the concerns of the first-team, Dortmund are developing a reputation as a top coaching production line. Jurgen Klopp’s move to Liverpool showcased a fully formed, title-winning manager going from one big club to another, something that happens all the time. But the more interesting personnel are found further down the Dortmund system.

David Wagner, who managed the reserve team for four years, has taken Huddersfield into the Premier League. His successor Daniel Farke was appointed as Norwich City’s boss this summer. Last season, the club’s former Under-19s coach Hannes Wolf brought Stuttgart back into the Bundesliga in his first season, despite only arriving there in September.

What is it about Dortmund that nurtures these managers? Why is it such a fertile breeding ground for coaches? Is it just a coincidence that three have emerged from their system in a relatively short space of time?

“I guess sometimes it’s a little bit luck,” Farke tells ESPN FC, although clearly there is more to it than that.

“They try to invest in the best people they can get, whether that’s players or staff, and they’ve taken some really good decisions in the last few years, especially when engaging with coaches.”

That eye for a good coach is a crucial factor, and the next name to keep tabs on might be Benjamin Hoffmann.

When Wolf left for Stuttgart at the start of last season, Hoffmann replaced him to take control of the U19s side, just as he had at U17 level when Wolf moved up. Once a player in the Dortmund youth teams, Hoffmann was working as a bank clerk when — at age 22 — he was asked to take a part-time assistant coaching role at the club.

Eventually he became a full-time coach and worked his way through the system. His side retained their league crown this season, clinching the title in front of 34,000 people at the Signal Iduna Park against Bayern Munich.

Hoffmann believes that part of the reason for Dortmund’s success in this area is the lines of communication between the coaches at all levels of the club.

“We have a good connection to each other,” he tells ESPNFC. “We really help each other. We’re not only in our own office but we talk to the other coaches to get more experience.”

That’s something that resonates with Wolf, too, and not just among the youth and reserve coaches.

“We worked together for six years,” he says about Klopp, who brought him to the club.

“I was able to see his training, to be part of it. I saw everything and talked to all the coaches. It’s not only about understanding how training works but everything. It was an unbelievable experience and a big part of me. Then Thomas Tuchel came and opened the door to me again.”

This sort of holistic approach, where young coaches have access to some of the best advice available in football, can only help. More importantly, however, the club doesn’t prescribe a particular way of working, preferring to let every individual develop in his own way.

“The club encourages us to develop,” says Hoffmann. “It’s not like they say ‘you have to be successful now’, but they give me time to be the best coach I can be. They give us time to get our own experience. Of course you have to win your matches, but they don’t pressure you.

Farke agrees: “It’s not that they have one club philosophy that all coaches have to adhere to. They’re really open-minded about different philosophies. Dortmund is pretty open and brings all coaches the chance to bring their own ideas. Klopp and Tuchel have very different ideas of how to be successful. The coaches have a lot of support from the club — you have to give them all the support you can give them.”

He cites the support of chief executive Hans-Joachim Watzke and sporting director Michael Zorc as key components of this system.

As Dortmund constitute one of the two giants of German football, there’s also a sense of fierce competition throughout the club.

“The aim of the season was to win the title, and we know that if we win titles and are hungry for them, we know these players reach the level where they can play for the first team.”

That last point is key. While Dortmund are a European giant, they also use their youth system to fill their first team. Mario Gotze, Marco Reus, Christian Pulisic and Nuri Sahin are all key members of the senior squad, while Felix Passlack and Jacob Brunn Larsen could establish themselves there this season.

“For the others in our squad it showed there was an opportunity to get there,” says Hoffmann. “It’s visible to get there, to get into the first team.” When young players know they have a realistic chance of progression, it typically contributes to their coach’s success and helps them get noticed.

The eye for coaching talent is clearly strong at Dortmund, but it involves taking the odd risk. Hoffmann believes it’s partially the result of the club’s troubles not long after the turn of the century, when financial problems threatened its future.

They needed to be a little more creative, which meant taking risks on coaches like Hoffmann. However, it’s the retention of that spirit that is key.

“When you have less money, you need to be clever and find solutions,” he says. “Now Dortmund have more money, but we are also clever and find good solutions for the club. I think because we know who we were 10, 15, 20 years ago, we haven’t forgotten, and we know how we dealt with things then.”

Despite all of this, it’s notable that when the first-team has needed a new coach, they have always looked elsewhere. Perhaps that’s down to timing, as their homegrown coaches haven’t been ready at the right juncture. Perhaps the club doesn’t believe that the pressure of being at the top of such a huge organisation is suitable for someone with no previous first-team experience. But that doesn’t change the fact that they are clearly a fine nurturing ground for young coaches.

One day Hoffmann might follow Klopp, Wagner, Wolf and Farke to manage somewhere else. For the moment, though, he’s still developing as a coach at Dortmund. And that seems a good place to be.