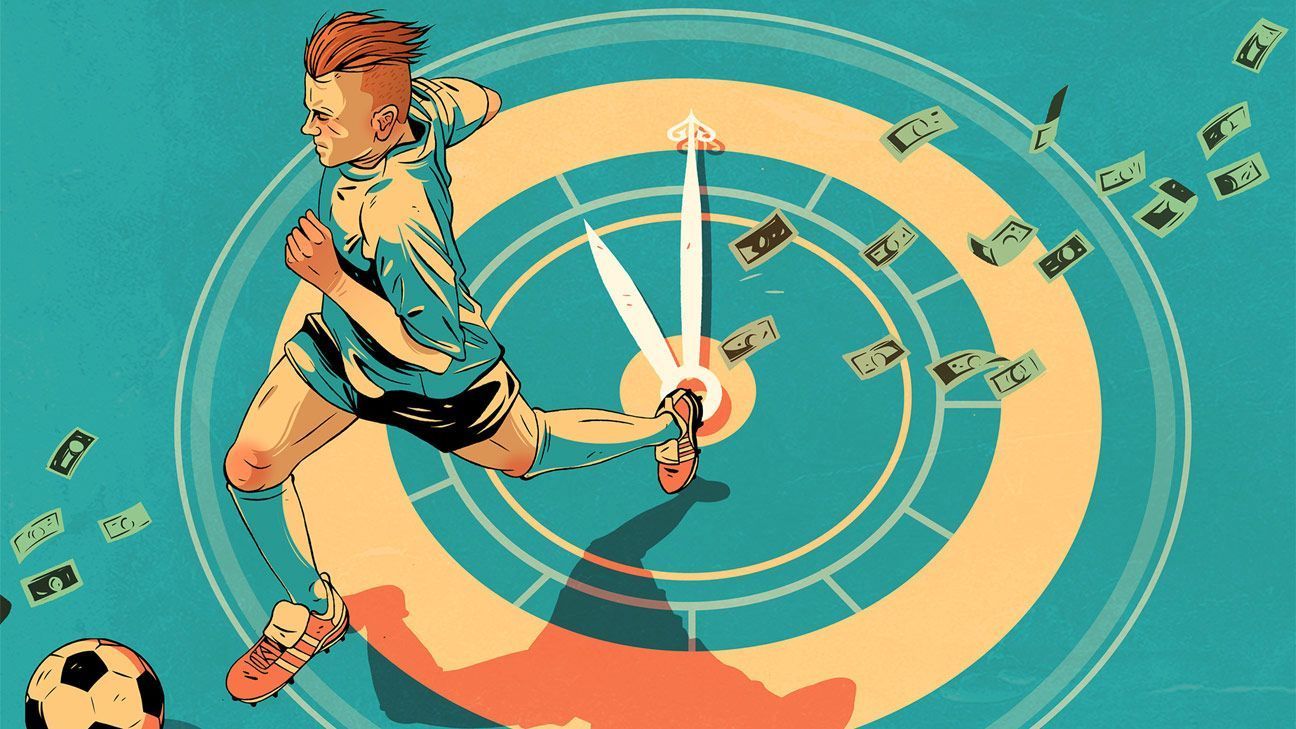 
The January transfer window closes in two weeks and, so far, trading has been quiet at the top end of the market.

The top six clubs have issues to address over the final 14 days of the window, but what are the prospects of Liverpool, Manchester City, Tottenham, Chelsea, Arsenal and Manchester United adding to their squads between now and 11 p.m. GMT (6 p.m. ET) on Jan. 31?

WINDOW SO FAR: It has been all quiet at Anfield, with the Premier League leaders having done their major business over the last two windows with big-money outlays on  defender Virgil van Dijk (£75m) and goalkeeper Alisson Becker (£65m).

WHAT DO THEY NEED? Liverpool’s strongest starting XI is arguably the best in the Premier League, but Jurgen Klopp lacks quality cover at centre-back and left-back. If Van Dijk or Andy Robertson are sidelined for any length of time, the lack of top-class cover could prove damaging.

DREAM SIGNING TO TRANSFORM THEIR SEASON: David Alaba — The Bayern Munich defender could solve Liverpool’s left-back issue, while he also performed at centre-back under Pep Guardiola. Would cost close to £80m, if Bayern were even prepared to sell.

WINDOW SO FAR: Pep Guardiola has made it clear for weeks now that City will not do business during this window, but there are issues beginning to emerge that may force  the club to revisit their stance.

WHAT DO THEY NEED? City have tried and failed to find a long-term replacement for Fernandinho, with moves for Fred and Jorginho over the last 12 months resulting in the players joining Manchester United and Chelsea, respectively. At 33, Fernandinho needs to be used wisely, so experienced cover is needed. A new forward is another potential requirement, with Gabriel Jesus still to convince as Sergio Aguero’s direct rival.

OUTGOINGS: Spanish forward Brahim Diaz left the Etihad for Real Madrid, with the 19-year-old having grown tired of a lack of first-team opportunities at City.

DREAM SIGNING: N’Golo Kante — Kante would be the perfect replacement for Fernandinho, but prising him away from Chelsea is virtually impossible. However, having been moved away from his favoured role by Maurizio Sarri, has Kante become expendable?

WINDOW SO FAR: New window, same old story at Tottenham, who have become the least active big club in the transfer market in recent years. They did extend defender Jan Vertonghen‘s contract until 2020, but doing the same for Toby Alderweireld means that a £25m release clause will be active in the summer.

WHAT DO THEY NEED? Spurs need greater depth throughout their squad, but with Harry Kane sidelined until late-March with an ankle injury and Son Heung-Min on Asian Cup duty with South Korea, a new striker has become an absolute must. Mauricio Pochettino is putting on a brave face, but the lack of a quality centre-forward could derail Spurs on all fronts.

OUTGOINGS: Mousa Dembele has been sold to Chinese club Guangzhou R&F, despite Moussa Sissoko suffering a muscle injury at the weekend. Out-of-favour forward Vincent Janssen will be allowed to leave if Spurs can find a buyer as Pochettino confirmed this week that the Dutchman does not figure in his plans.

DREAM SIGNING: Gareth Bale — What better way to lift the mood and sharpen the team’s cutting edge than by re-signing Wales international Bale from Real Madrid? The 29-year-old faces an uncertain future at the Bernabeu, and his star quality and goal threat would be transformative.

WINDOW SO FAR: Chelsea moved quickly at the start of the window by sealing a £58m deal for Borussia Dortmund’s Christian Pulisic that will see the USA forward arrive at Stamford Bridge at the end of the season. A loan deal for AC Milan forward Gonzalo Higuain is also close.

WHAT DO THEY NEED? A proven goal scorer is the top priority and Higuain’s arrival from Italy, where he is on loan at Milan from Juventus, will give Chelsea an upgrade on their options. Proven cover for Jorginho in midfield is also needed.

OUTGOINGS: Cesc Fabregas left Stamford Bridge for Monaco and striker Alvaro Morata is also heading for the exit door, with Atletico Madrid the Spaniard’s most likely destination. Defender Gary Cahill is also likely to leave given his lack of game time, but Chelsea are battling to stop teenage forward Callum Hudson-Odoi from pushing through a £35m move to Bayern Munich.

DREAM SIGNING: Gonzalo Higuain — If Chelsea can get a deal over the line for the Argentine forward, they will give themselves a huge boost in their bid to secure a top- four finish. Higuain might be one tier below world-class, but his goal-scoring record isn’t in doubt and he could be the key to getting Chelsea back into the Champions League.

WINDOW SO FAR: Unai Emery stunned Arsenal fans earlier this month by claiming the club could only do loan deals during this transfer window. But even though it has been quiet so far at the Emirates, the final week could be busy.

WHAT DO THEY NEED? Emery has a long-term rebuilding job on his hands, so every area of the squad is in need of improvement. The priority is an experienced centre-back, partly because of Rob Holding being ruled out for the season due to injury but also because the options at his disposal are either too old or not good enough.

OUTGOINGS: Aaron Ramsey is close to sealing a summer move to Juventus, but the Welsh midfielder will see out his contract at the Emirates and remain at the club until the end of the season. Mesut Ozil will be allowed to leave, on loan or permanently, if Arsenal can find a club willing to pay some of the German’s £350,000-a-week wages.

DREAM SIGNING: Sergio Ramos — Arsenal are desperate for a leader at the back and a defender who can organise and inspire those around him. At 32, and with Real in crisis, the Spain centre-back might be available, but Arsenal don’t have money or ambition to pursue him.

WINDOW SO FAR: Ole Gunnar Solskjaer has brought an air of calm to Old Trafford since replacing the sacked Jose Mourinho last month, so the potential January exits of players such as Paul Pogba and Alexis Sanchez are no longer on the cards. There could still be some high-profile departures, though.

WHAT DO THEY NEED? Despite the all-round improvement under Solskjaer, United still need a commanding centre-back and a top-class No. 10 capable of unlocking the best defences. Napoli’s Kalidou Koulibaly is the top target at centre-back, but landing him this month is highly unlikely.

OUTGOINGS: Marouane Fellaini and Marcos Rojo could both be sold this month, with neither figuring in Solskjaer’s plans. Juan Mata, out of contract in the summer, could also go, but Solskjaer would prefer to keep the Spaniard until the end of the season if possible. Right-back Antonio Valencia is another who could be sold for the right offer.

DREAM SIGNING: Luka Modric — For too long, arguably since the retirement of Paul Scholes in 2013, United have lacked a player capable of dictating the tempo of a game, but Real Madrid midfielder Modric would give them that quality and enable the team to face the toughest opponents knowing they have the ability to control possession and open them up.