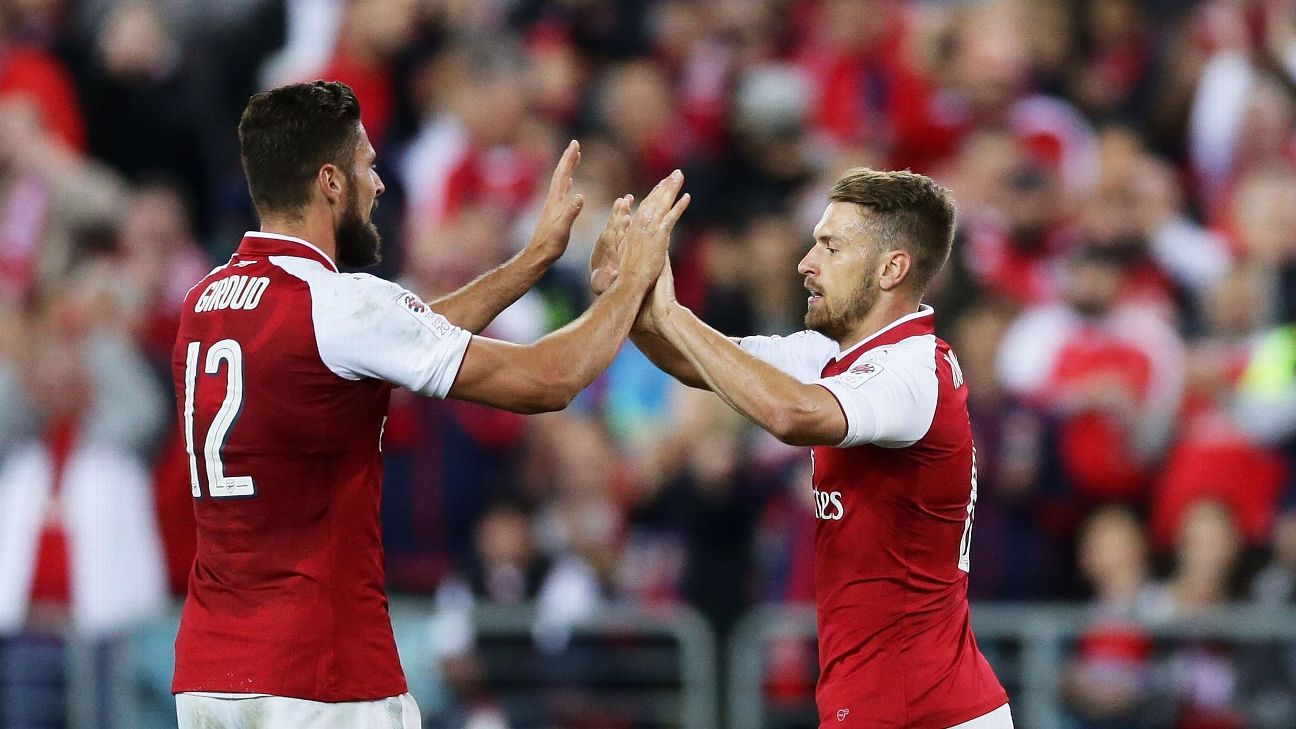 
Arsenal finished their preseason tour of Australia with a comfortable 3-1 win over Western Sydney Wanderers, thanks to goals by Olivier Giroud, Aaron Ramsey and Mohamed Elneny. Nacho Monreal provided two classy assists as a second-gear Arsenal made light work of Western Sydney in front of 83,221 fans at ANZ Stadium.

The Gunners raced into a three-goal lead before Steve Lustica pulled one back for the Wanderers in the second half, though the Premier League side barely broke a sweat.

Giroud, who conceded this week that his future may lie elsewhere, was handed a start up front while the club-record signing set to usurp him, fellow French forward Alexandre Lacazette, was deployed on the left wing in a sign Wenger is testing whether the pair can work in tandem.

Giroud at first attempted a wayward side-volley and then directed a header straight at Wanderers goalkeeper Vedran Janjetovic. But he made it count in the 33rd minute when Monreal embarked on a one-two with Lacazette before cutting back for Giroud to bury in the top corner.

Five minutes later, Monreal drove a long ball over for Ramsey to lob over an on-rushing Janjetovic.

By half-time the Wanderers had watched their defences breached for a third time, much to the chagrin of defender Brendan Hamill, whose leg offered the unfortunate deflection for Elneny’s goal.

The Egyptian nearly nipped in for his second after the break via a tremendous shot from the edge of the box that clipped the inside of the crossbar but somehow bounced out.

The Wanderers had their consolation just before the hour mark when Lustica unleashed a close-range free kick into the wall before tucking the rebound into the roof of the net.