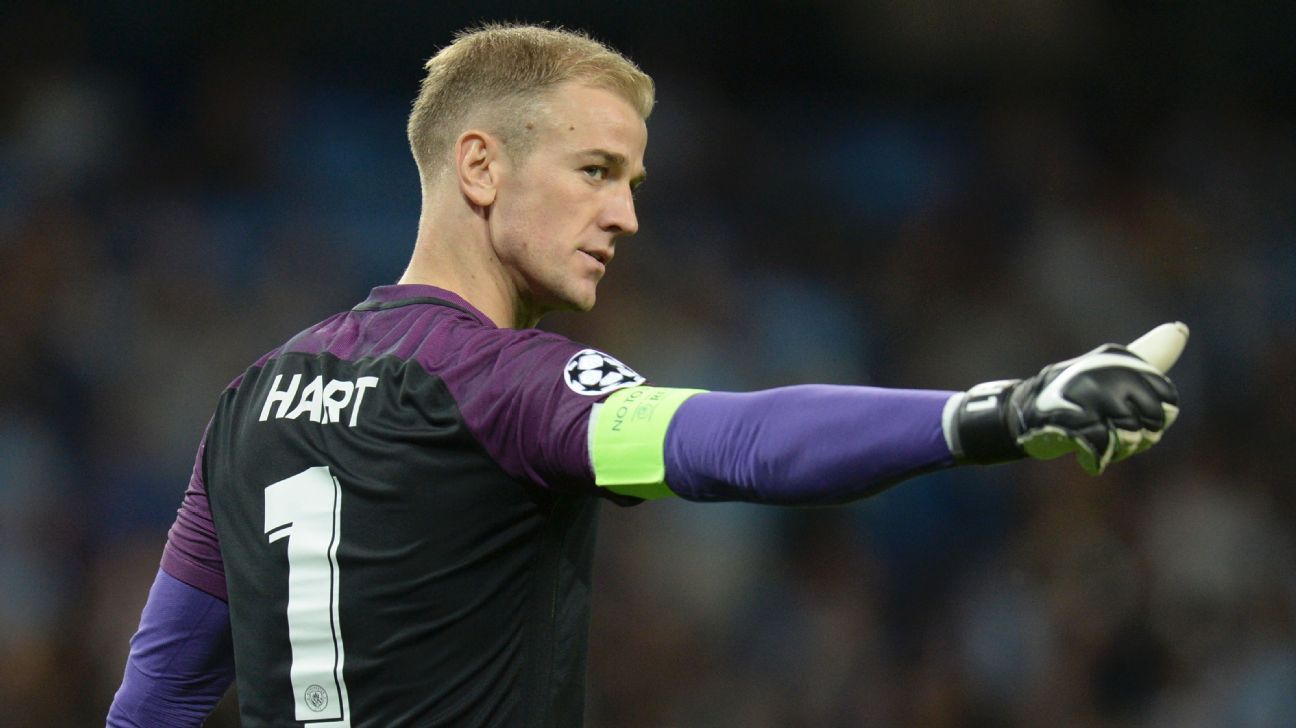 
Joe Hart doesn’t think he has been given a “fair chance” by Pep Guardiola as his Manchester City career looks to have come to an end since the Spaniard’s arrival last summer.

The England goalkeeper was sent on loan to Italian club Torino last term as City brought in Claudio Bravo from Barcelona.

Ederson is now City’s No. 1 with Hart on another season-long loan at fellow Premier League club West Ham United.

The 30-year-old still has another year remaining on his City contract but admitted that he believes his City career is probably already over.

“That’s life and that’s football. We all want a fair chance at everything but that’s not how it works,” Hart told football podcast The Offside Rule.

“Me waiting for that to happen and waiting for a fair shot at things, that’s not the industry.

“I’m up for a fight, a fair fight, it’s good for me and if I lose I’ll shake hands with my opposition. But I realised this wasn’t going to be my opportunity for a good fight so I thought I’d look elsewhere.

“It would be a lie to say I didn’t want to spend my whole time at Man City, I would happily played for them for the rest of my career and not played abroad, but it was too good an opportunity to turn down.

“With a couple of days remaining in the transfer window it was third or fourth choice at City or to go and play in Serie A with Torino in a beautiful city so I took it.”

Hart said he would have liked a permanent switch away from City in the summer but he was priced out of a permanent move but needed to keep playing with the World Cup at the end of the season.

“I would have loved to have signed somewhere permanent — I want to be set, I want to have goals and be driven,” he added.

“But there was too much money put on my head and people weren’t willing to pay it so another loan came about.

“I was very grateful when West Ham gave me the opportunity, so it’s another case of getting my head down and working hard and fighting for the cause.”

Hart is in a battle for the England jersey with Stoke’s Jack Butland, Everton’s Jordan Pickford and Southampton’s Fraser Forster all challenging him after some uncertain performances for the national team.

But he remains Gareth Southgate’s first choice at the moment and he is determined to try to have success with the national team.

“[Playing for England] was something I didn’t need to dream about — because I didn’t think it was possible,” he said.

“The next thing after that is to do something with your England career and make it matter. I have failed up until now so I need to change that.

“I want to amass as many caps as I can, I want to be the goalkeeper who plays for England, but I would swap all of that for a trophy or playing an important role in a good summer for the nation. That’s my only intention when I play for England.”