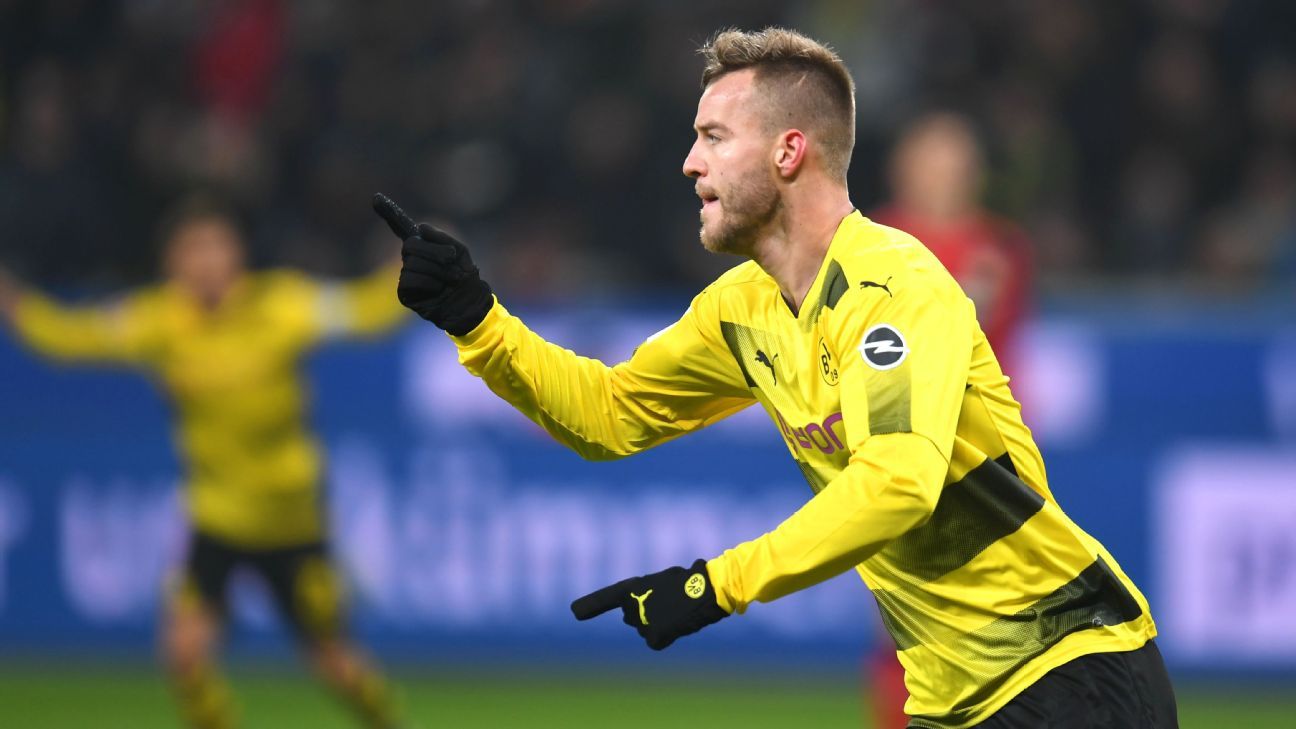 West Ham are closing in on the £17.5 million signing of Borussia Dortmund forward Andriy Yarmolenko, sources close to the Premier League club have told ESPN FC.

The Ukraine international has been given permission to discuss personal terms and undergo a medical.

New West Ham boss Manuel Pellegrini is keen to add to his attacking options and he feels Yarmolenko can add goals and creativity to his side for next season.

Yarmolenko will help fill the void left by the injured Manuel Lanzini with the Argentine in danger of missing next season entirely after picking up a cruciate knee ligament injury on international duty with Argentina before the World Cup.

Yarmolenko only joined Dortmund last summer from Dynamo Kiev, but struggled to find his best form in the Bundesliga and they have decided to cash-in on him.

The 28-year-old was linked with a number of Premier League clubs in the past after impressing for Kiev in the Champions League on a regular basis.

Should Yarmolenko pass his medical he is set to become the club’s fourth new signing of the summer following the arrivals of Ryan Fredericks, Issa Diop and Lukasz Fabianski.