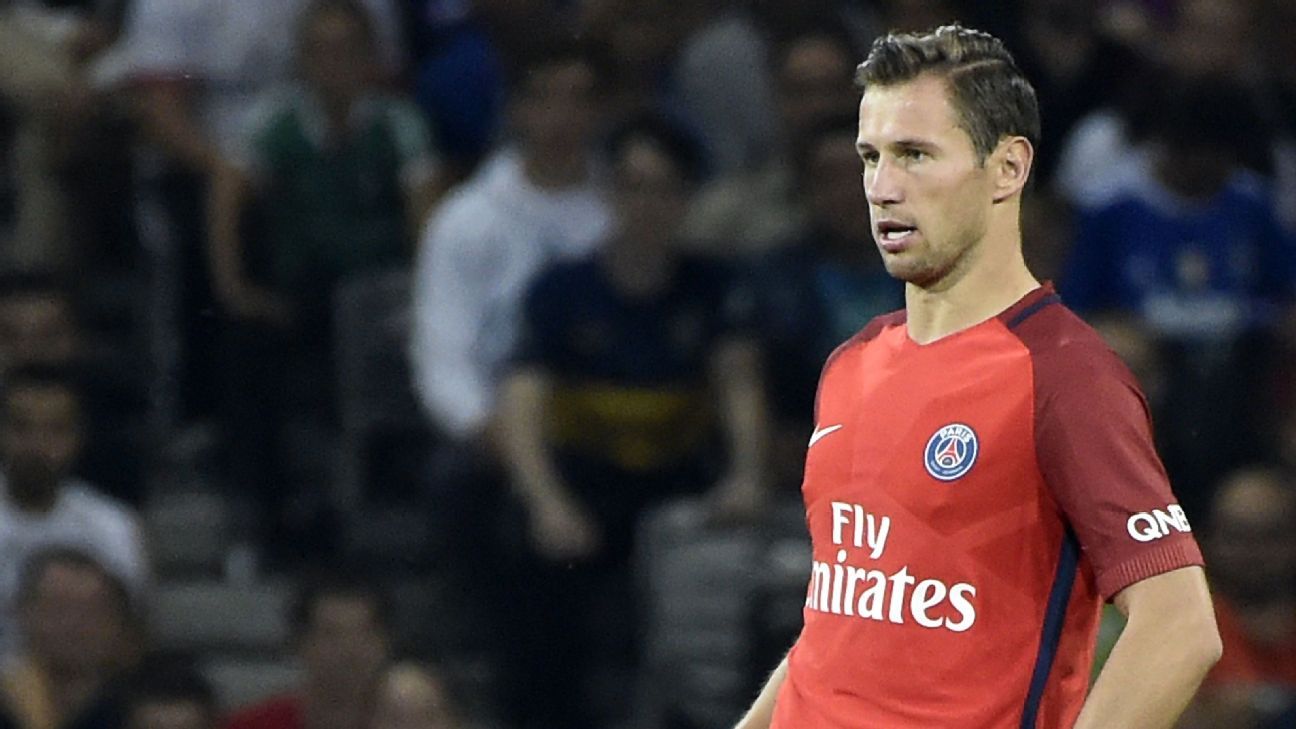 
PARIS — West Bromwich Albion have completed the signing of midfielder Grzegorz Krychowiak on a loan with no option to buy from Paris Saint-Germain.

The Poland international arrives at The Hawthorns on a season-long loan and will hope that a move to the Premier League will get him back into contention for his country ahead of the 2018 World Cup in Russia.

“I had a lot of offers from Spain and Italy. But this is a very ambitious club. There’s a good atmosphere here,” he told West Brom’s website upon completion of the deal.

Krychowiak, 27, signed for PSG from Sevilla in the summer of 2016 but failed to impress former coach Unai Emery at Parc des Princes. He made just 11 Ligue 1 appearances last season — seven of which were starts — with an additional six coming in the UEFA Champions League — two starts — and two more outings across both domestic cups.

West Brom chairman John Williams added: “This is a fantastic loan agreement for Albion and we are very pleased to have completed the transfer.

“Grzegorz arrives with an impressive reputation that is well-earned and a CV in European football which clearly displays his qualities.

“We are delighted to welcome him and are confident he will make a significant contribution to the first-team group this season.”

PSG issued a statement, saying: “The Club wishes Grzegorz the very best for the new challenges that await him in the English Premier League.”

The former Bordeaux and Reims midfielder was deemed not technical enough to feature regularly in Emery’s side and was often left out of the squad over the second half of last campaign.

Krychowiak even played for the PSG reserves a few times towards the end of last term but returned to preseason training determined to impose himself upon Emery’s plans.

However, along with Serge Aurier and Hatem Ben Arfa, Krychowiak (who also spent time on loan at Nantes during his career) was told by sporting director Antero Henrique that he and Emery saw no future for him at Parc des Princes.

In Paris, Krychowiak added the Coupe de la Ligue, the Coupe de France and the Trophee des Champions to the consecutive UEFA Europa League titles he won in Seville under Emery but he barely featured in any of those three domestic successes in France.