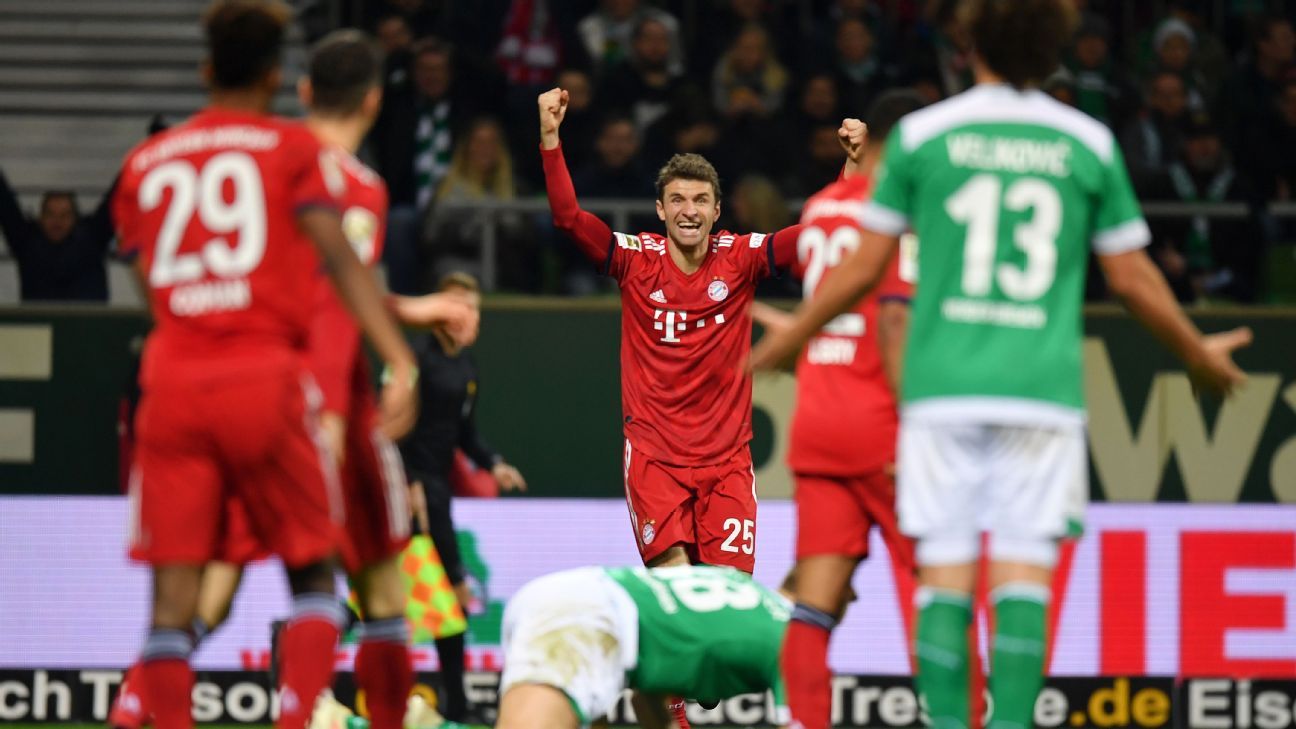 Gnabry, who briefly played for Werder before joining Bayern in 2017, opened the scoring after 20 minutes, with the visitors, who saw the return of winger Kingsley Coman after an injury at the start of the season, missing several early chances.

But as in the previous three league matches where Bayern scored first they quickly conceded, with Yuya Osako beating a defender and goalkeeper Manuel Neuer to the ball to head the equaliser in the 33rd.

Gnabry, however, intercepted a Thomas Mueller cutback to score the winner five minutes into the second half as Bayern climbed to third on 24 points, nine behind leaders Borussia Dortmund who beast Freiburg 2-0.