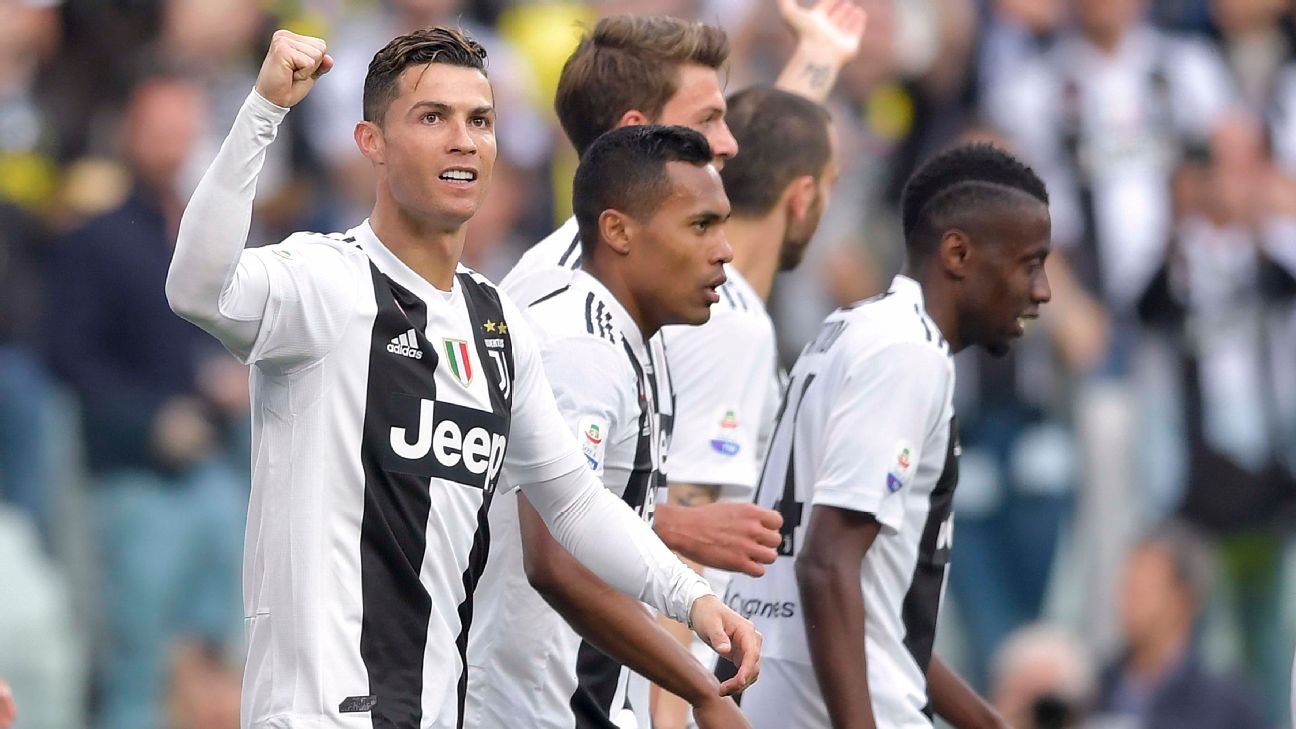 Juventus created history with an eighth successive Serie A title, clinched by a 2-1 win against Fiorentina. Along the way, Cristiano Ronaldo carved himself a little slice of history. In France, a Kylian Mbappe hat-trick helped PSG seal their eighth Ligue 1 title with a 3-1 stroll against Monaco.

In Spain, Barcelona continued their relentless march to a 26th La Liga title with a 2-1 win over Real Sociedad, maintaining their nine-point lead over Atletico Madrid. Below those two, Zinedine Zidane’s attempt to salvage pride in the remainder of Real Madrid’s season continues as per plan – a Karim Benzema hat-trick gave them a comfortable 3-0 win over Athletic Bilbao.

Over in England and Germany, though, nothing’s decided.

The gap is two points in the English Premier League. Leaders Liverpool beat Cardiff City 2-0 while Manchester City overcame nerves, and the disappointment of mid-week, to beat Tottenham Hotspur 1-0. City, though, do have a game in hand over Liverpool — and that comes on Wednesday, against Manchester United.

The blue side of the city couldn’t have chosen a better time to face the red one. In the ‘worst day of the post-Fergie era’, United were embarrassed 4-0 at Everton. That result should have handed a boost to fellow top-four contenders Arsenal, but a shock 3-2 loss to Crystal Palace, at home, means that the race for the final two Champion League spots is still very much on.

Here are the best numbers from the weekend:

Cristiano Ronaldo is the first player in history to win the league title in England, Spain, and Italy.

This is, of course, Juventus’ eighth consecutive Scudetto, a new record within Europe’s top five leagues. It surpasses their own current run as well as Lyon’s between 2001/02-2007/08 (seven in a row). Juventus have won 35 titles in their history.

Only St. Etienne (10) and Marseille (nine) have more titles in Ligue 1 history than PSG’s eight.

They may have Neymar and Edinson Cavani, but there’s no doubting who PSG’s biggest star has been this season. Kylian Mbappe’s hat-trick took him to 30 goals for the season, making him the youngest ever to hit the mark in Ligue 1 history.

The number of points Liverpool have so far, their best-ever total in a Premier League season. Adjusting to three points for a win, they have accumulated more only twice in their entire history – 1978-79 (98) and 1987-88 (90).

The last time Manchester United lost five successive away games was 38 years ago, under Dave Sexton in March 1981.

The number of goals Manchester United have conceded in 2018-19, their highest-ever tally in a single Premier League season. It’s also their most in a top-flight campaign since Sexton’s 1978-79 vintage conceded 63.

How good was that Mesut Ozil bounce finish? That goal takes him to 52 goal involvements in the Premier League at the Emirates Stadium (20 goals, 32 assists) — the most of any Arsenal player since his debut for the club.

Aaron Wan-Bissaka has been in outstanding form for Crystal Palace all season. He was at the top of his game at Arsenal, making eight interceptions during the match. That’s the most by any player against a “big six” side this season.

Good things come to those who wait. Christian Benteke’s opener vs Arsenal was his first club goal since April 2018 vs Leicester — ending a run of 19 appearances, 25 shots and 358 days without scoring.

Quirky stats of the weekend

Among those with at least 25 Premier League goals, only John Terry (66%) has scored a higher percentage via headers than Michail Antonio (15/25 – 60%).

Havery Barnes’ first PL goal for Leicester was the 5000th scored in the top four divisions of English league football this season.