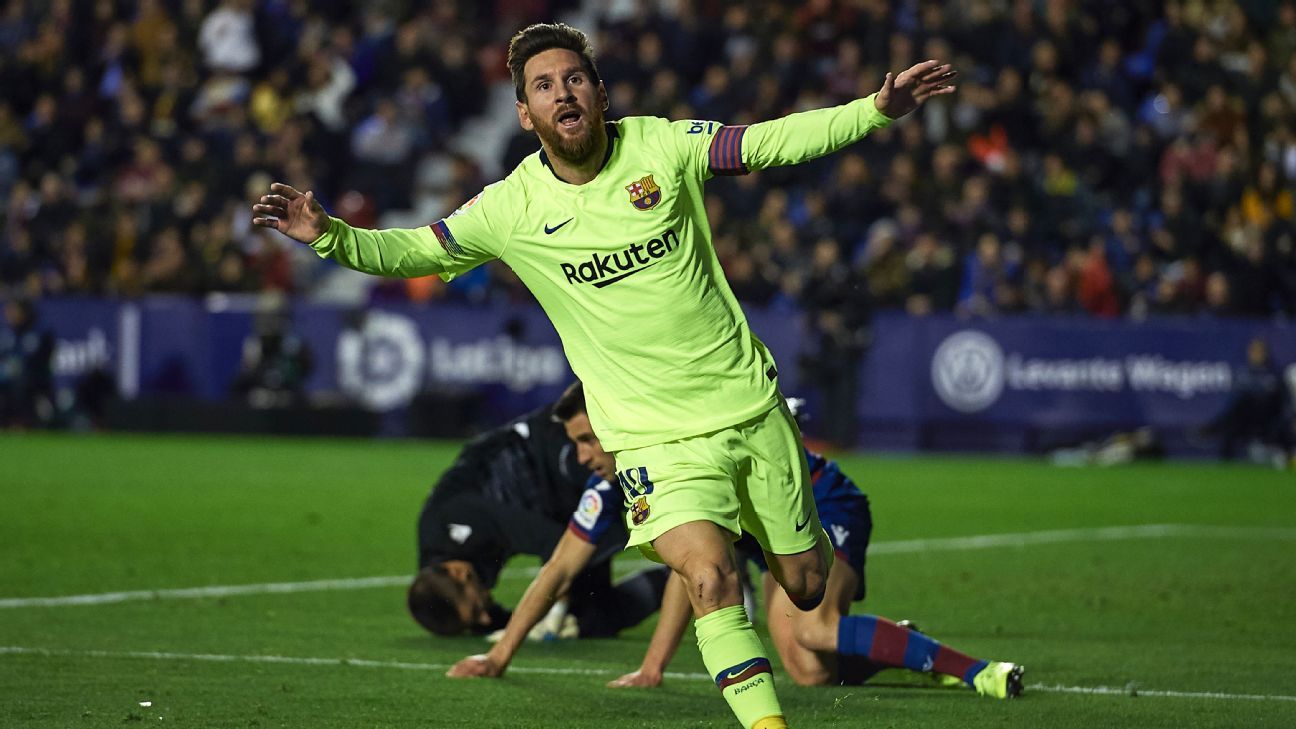 
Liverpool went back to the top of the Premier League table with an emphatic 3-1 win over Manchester United, while Cristiano Ronaldo helped Juventus to yet another milestone with a goal in their 1-0 derby win against Torino. Meanwhile, Lionel Messi did Lionel Messi things (scored three, assisted two) as Barcelona thrashed Levante 5-0. Here are the best numbers from the weekend’s action:

Alisson has made as many errors leading to goals in the Premier League this season as Simon Mignolet and Loris Karius combined in 2017-18 (2). The Brazilian has improved Liverpool’s defensive record, but also produces forgettable moments like the one on Sunday, when he spilled a regulation cross to allow Jesse Lingard to score United’s equaliser.

Cristiano Ronaldo scored Juventus’ 5000th Serie A goal in their 1-0 win over Torino, The Bianconeri are the first team to reach this milestone. Ronaldo is also the first Juventus player to score in six consecutive away league games this century.

More Messi magic. The Argentine has now scored 43 hat tricks across all competitions for Barcelona. Only one player has more for a Spanish club… who else? Cristiano Ronaldo (44 for Real Madrid)

Charlie Austin has scored in all five of his Premier League games against Arsenal – only Raheem Sterling versus Bournemouth (6 games) has a better 100% record of scoring against a specific opponent in Premier League history. The Saints got their first victory at home since April this year, beating Arsenal 3-2, also ending the Gunners’ 22-game unbeaten streak in all competitions.

Also, 17 – Arsenal haven’t led at half time in any of their 17 Premier League games this season.

Liverpool are now 19 points ahead of Manchester United – their biggest lead over them after the first 17 games of an English top-flight season.

Also, 26 – Manchester United have 26 points after their first 17 Premier League games; their worst points haul in the top-flight at this stage since 1990-91 (also 26 points).

Manchester United have conceded 29 goals in the Premier League this season; one more than they did in the entirety of the 2017/18 campaign.

Also, 20 – Romelu Lukaku had just 20 touches for Manchester United at Anfield – never previously has he had fewer in a Premier League game that he played 90 minutes in.