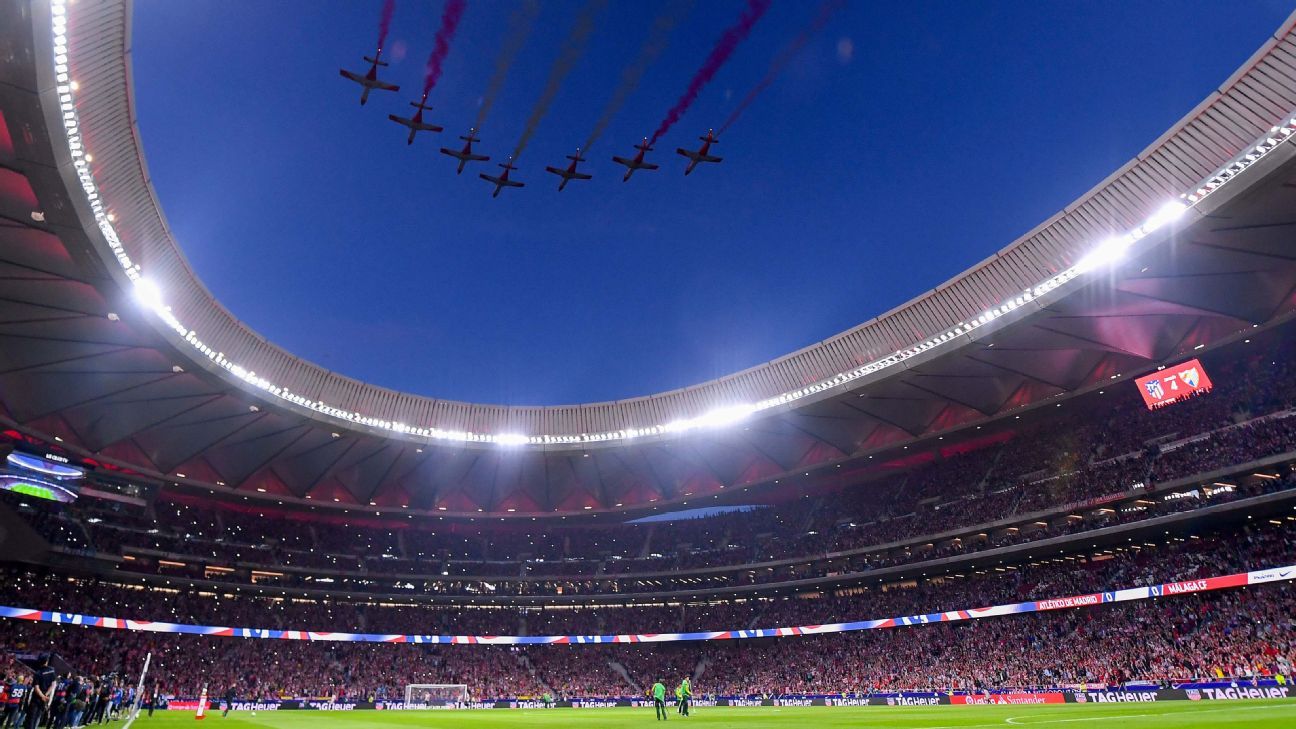 
An Antoine Griezmann goal gave Atletico Madrid a 1-0 win over Malaga on Saturday but the story was the new stadium, the Wanda Metropolitano. It looked stunning on television; it must have been even better to those who were there in person.

It’s a huge step forward for a club hoping to permanently break the Barcelona-Real Madrid duopoly. Goodness knows that in the Diego Simeone era, they’ve managed to do it on more than one occasion. What you’re not sure about is if the Wanda Metropolitano comes towards the end of a cycle — Griezmann’s release clause went back down to $110 million, three-quarters of the starting defence is in its 30s and perennial midfield stalwart Gabi is 34 — rather than with the club on the rise. But even if it’s the former, having a ground like this (once the teething problems, like vehicular access, are sorted) is bound to be a boost financially.

It had better be. The club took out a bridge loan from Mexican financier Carlos Slim and remains heavily in debt. Atleti are rolling the dice and not for the first time, though with Simeone on the bench — and, hopefully, sticking around — this club feels as if nothing is impossible.