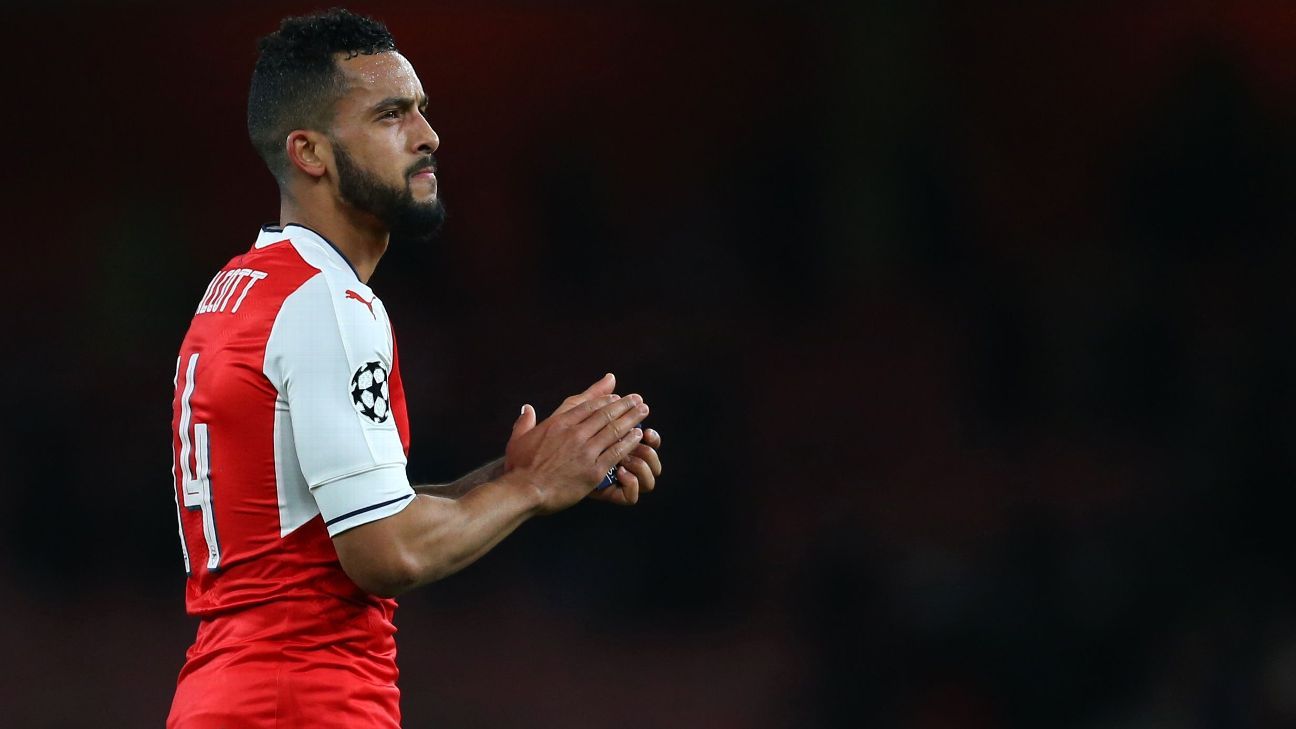 
It seems strange to consider the idea of selling a player who scored 19 goals from a wide midfield position, but the future of Theo Walcott at Arsenal is something that Arsene Wenger has to give careful consideration to.

The England man had his second best season in front of goal for the Gunners, behind the 21-goal campaign of 2012-13, yet such is the nature of his career that once more there are doubts over where he could, or perhaps should, be playing his football next year.

To be fair to him, there were similar questions last summer after Arsenal finished runners-up in a season when they really should have taken advantage of the failings of others and won the league. To his credit, he worked hard and for any player to score 19 times from the wings is genuinely impressive.

His, though, is a career through which confusion often reigns. It has done from the start. Think back to the summer of 2006 after he’d joined Arsenal from Southampton in January. His club manager didn’t deem him sufficiently ready to play a game for Arsenal, but Sven Goran-Eriksson bizarrely named him in the England squad for the World Cup in Germany.

If that was out of his hands, constant wavering about where he should play is definitely confusion of his own making. Having established himself as a winger for Arsenal, Walcott made no secret of the fact he saw himself as a centre-forward.

He had to wait though, as Robin van Persie, Lukas Podolski and Olivier Giroud were all preferred there, until late in 2015 when he cracked in an impressive hat trick against West Brom and was then selected up front for the FA Cup final against Aston Villa.

He began the 2015-16 as a striker, Wenger finally granting him his wish, but by the end of the season he was a bit-part player, his inability to produce consistently in that position saw him left on the bench more often than not.

Last summer he decided that he no longer wanted to be a striker, and decided he was a wide-man once more.

“I have told the manager that I want to be known for playing on the right again,” he said.

And on the basis of 19 goals, you could argue that it was a sensible and successful move. However, like most things involving Walcott, it’s not that clear cut.

As Arsenal struggled with a horrendous run of form between the end of January and the end of April, Wenger changed the team’s formation, choosing to go with three at the back. Immediately, the non-striker Walcott became more or less redundant.

With Alexis Sanchez and Mesut Ozil the two men behind the centre-forward — either Giroud or Danny Welbeck — there was no longer room for him in the team. His position was gone, and nor is he the kind of player who could substitute for either of the two stars. He’s not technical enough, so all of a sudden he was on the periphery once more.

After the move to three at the back he started just one game, the 1-0 win over Leicester. There were three substitute appearances too: of nine, six and five minutes respectively. The formation change has left him very much on the fringes, and assuming Wenger is going to stick with it next season he must also be considering what to do with the club’s longest serving player.

On the one hand, Walcott’s ability to beat the odds and contribute when he’s been written off is beyond question. On the other though, he’s 28 now, he’s got a few good years left and enough time left on his contract to ensure he would fetch a good price in the transfer market. It might well be the right time for all concerned.

If they can take that money and use it make an addition that better fits the squad, then a 19-goal winger could be his on his way this summer.