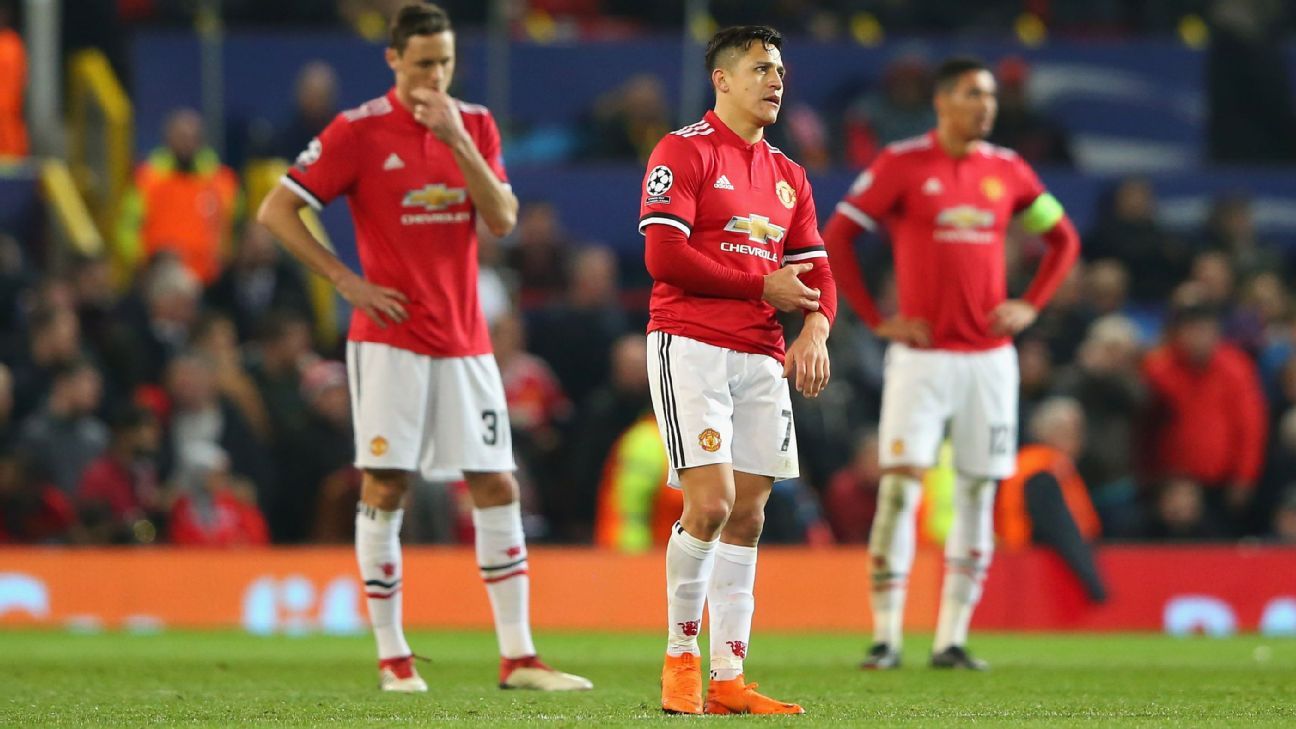 Who’s in and who’s out at Man United?

Depending on which reports you have read this week, no one is safe at Manchester United after the club’s listless Champions League exit to Sevilla.

As Jose Mourinho plots another overhaul of his squad, asking the board for yet further investment to keep up with Manchester City, the manager’s own position looks far less certain than it did six weeks ago. Mourinho only signed a new contract at the end of January, but rumours of unrest persist, with Paris Saint-Germain reportedly waiting in the wings should a mutual parting of ways be decided in the summer.

After a turbulent week at Old Trafford, the only recourse for the players is to focus on Saturday’s FA Cup tie against Brighton, where Mourinho’s team selection could reveal a great deal about his plans for the future. Recent transfer talk suggests a centre-back partner for Eric Bailly plus a new holding midfielder are the priorities on Ed Woodward’s shopping list. Time is quickly running out for the likes of Chris Smalling, Phil Jones, Victor Lindelof and Ander Herrera to impress.

But Mourinho also finds himself in the dock amid mounting criticism of the perceived negative tactics throughout his reign. The Sevilla defeat was a tipping point — supporters will tolerate drab displays if the team remains on track for silverware, as was the case last season, but the tedium becomes much less palatable when it fails to induce competitive results. United are failing on both counts, which is felt much more keenly when City are racing away with the title and playing a breathtaking style of attacking football.

A win against Brighton won’t completely right the wrong of Tuesday’s miserable loss to Sevilla, but it would at least prevent the mood from getting any worse. If ever a routine victory were required, Saturday is the occasion for it. But as the Sevilla game proved, nothing is straightforward at Old Trafford anymore.

To rotate or not to rotate for Liverpool?

After a defeat to Manchester United that felt “massively rubbish,” in Jurgen Klopp’s words, Liverpool must respond with victory at home to Watford on Saturday if they are to keep their hopes of finishing as Premier League runners-up alive.

With the title race all but over, Klopp may be tempted to rest his star players and focus on going all the way in the Champions League. Liverpool still lack the depth to be able to seamlessly rotate, however, and with Chelsea only four points behind them in the table, it would be a risky strategy to employ.

It is perhaps also wise to keep Mohamed Salah, Sadio Mane and Roberto Firmino in regular action to ensure they maintain their fine form in the run-in. If they were to be rested against the likes of Watford and Crystal Palace, could they suddenly turn in a top performance again in the Champions League quarterfinals? Klopp has settled on his ideal tactical formula and will want to carry it through until the end of the campaign.

He will also hope to see his team eradicate the mistakes which he said “were obvious” in the loss to United. With this week’s top-flight fixtures replaying the opening weekend, the manager will reflect on his team affording Watford a 94th-minute equaliser in their first meeting back in August. Some 30 matches later, the Reds still look vulnerable in defence.

Chelsea gave a spirited display against Barcelona in the Camp Nou on Wednesday, but ultimately they are left scrapping for the FA Cup and a place in the top four. For a side that set a new record for Premier League victories in a single season last year — amassing 30 in total — the current campaign hasn’t turned out as expected.

For Conte, it seems the job now is to chase down Manchester United, Tottenham and Liverpool, lift the FA Cup, then walk off into the sunset as Arsene Wenger should have done at Arsenal last season. It has been a reign of highs and lows at Stamford Bridge, but it would be somewhat fitting for the Italian to lead the club to silverware in his final game.

Leicester have even less to play for than Chelsea, however, and with several of the squad fighting for their futures at the King Power Stadium, they will be giving everything to progress to the FA Cup semifinals on Sunday. We all know where Jamie Vardy will be aiming his shots, anyway.

How will Spurs cope without Kane?

Tottenham responded in vigorous fashion to their Champions League exit at the hands of Juventus last week, hammering Bournemouth 4-1 thanks to another two goals for Son Heung-Min. Mauricio Pochettino will have been encouraged by his team’s performance, but there is even more responsibility on Son’s shoulders now that Harry Kane has been ruled out for around six weeks.

The first game of Kane’s absence sees Spurs travel to Swansea in the FA Cup. It is a match of great significance for Pochettino, who is still chasing his first trophy as a manager. Few would question what the Argentine has achieved in north London, but it is vital for Spurs to claim silverware to avoid this exciting team from gradually being broken up by big-spending rivals.

After his appointment was confirmed on Wednesday, Mark Hughes begins his Southampton tenure with a trip to Wigan in the FA Cup on Sunday. It is a fixture some may consider to be a free pass, with Premier League survival the priority, but losing to a League One side would be a terrible way for Hughes to ingratiate himself with Saints supporters.

There is already a sense of frustration about the manager’s appointment, despite his former service for the club as a player. This season has seen the same tired managers handed top-flight roles, despite what many believe to be continued underperformance in their previous positions. Given the way Stoke started the campaign under Hughes, it is easy to empathise with that perspective.

Hughes was largely successful at the start of his spell with the Potters, however, phasing out Tony Pulis’ robust brand of football and leading the club to three successive top-10 finishes. He will need to have a similarly positive impact if Southampton’s fortunes are to improve, and beating Wigan would be the perfect place to start.