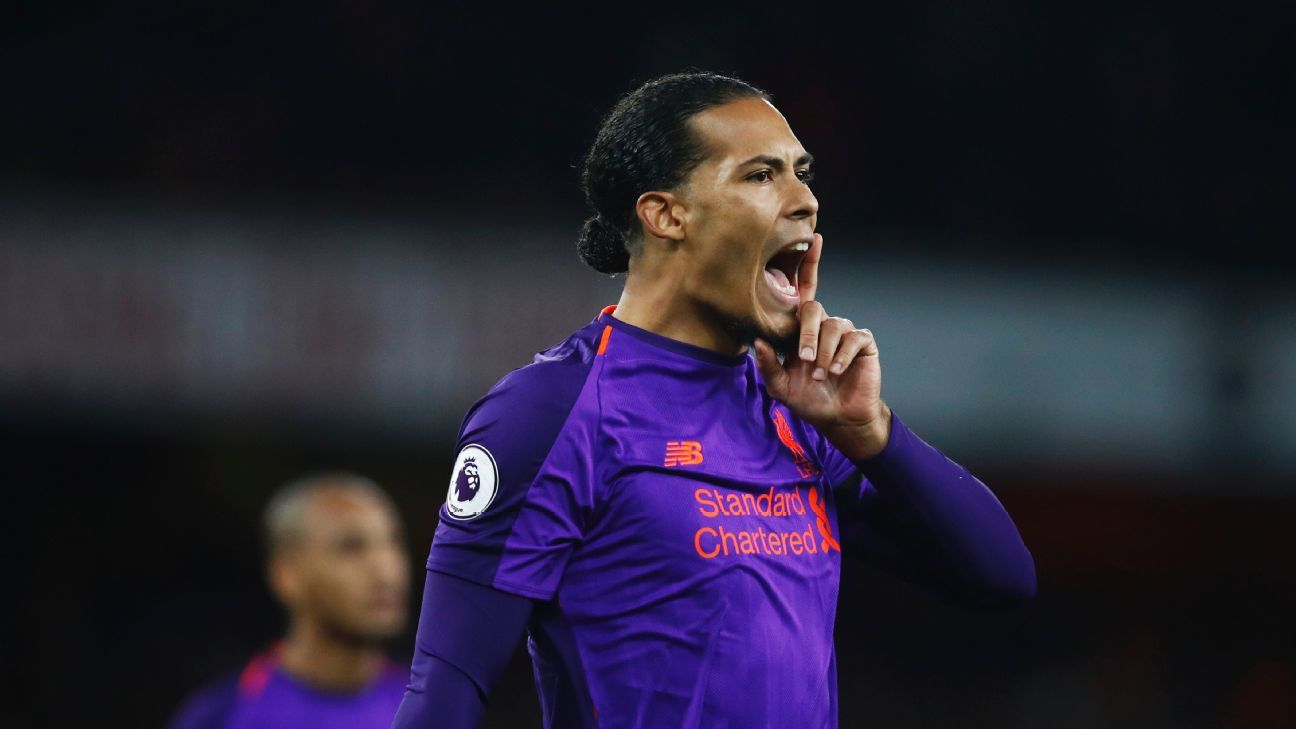 
Liverpool and Arsenal affairs always seem to be pulsating — and Saturday’s 1-1 draw was no different. Jurgen Klopp’s side return to the top of the Premier League, but for how long?

James Milner gave Liverpool the lead just after the hour mark before Alexandre Lacazette equalised eight minutes from time. Liverpool will feel slightly hard done by after seeing Sadio Mane have a goal incorrectly ruled out for offside in the 18th minute.

Liverpool’s unbeaten start to the league season remains intact. Some would say Klopp’s side are fortunate to be leaving the capital with a point in hand. There will be frustrations about conceding the goal late on, but, after being under the cosh for large periods, Liverpool would have lost these type of games in seasons gone by.

Even though it’s a hard-earned point, Manchester City can now go two points clear of Liverpool with a win against Southampton on Sunday. We’ve only just hit November, but City do not need any invitations to build up a lead. Fabinho’s showing here will have Klopp counting down the days until Jordan Henderson becomes available for selection again.

7 — Klopp decided to revert to his usual 4-3-3 formation, but those plans went in the bin after an indifferent opening 45 minutes. Liverpool went to 4-2-3-1 after the half-time break in an attempt to find more solidity. The tactical tweak worked well. Arsenal’s fluidity died down and Liverpool were much more of a threat on the counter-attack.

GK Alisson, 6 — Only required to make simple saves, but it was an improvement on Simon Mignolet’s display at the Emirates Stadium last season. No real complaints about the goal conceded as he had to come out and close down Lacazette.

DF Trent Alexander-Arnold, 5 — Unai Emery is not the first manager to pinpoint Alexander-Arnold as Liverpool’s potential weak point and decided to have the pacy Pierre-Emerick Aubameyang constantly attacking the full-back. It was a difficult evening for the 20-year-old.

DF Joe Gomez, 7 — He did well to stand firm in the face of some pretty relentless waves of pressure from Arsenal. The 21-year-old’s encouraging season continues.

DF Virgil van Dijk, 8 — A very good defensive performance from the centre-back, which Liverpool have grown accustomed to. Somehow he didn’t score his first Premier League goal for Liverpool, having struck the post and been denied by Bernd Leno twice.

DF Andrew Robertson, 6 — Solid at the back and a real threat when venturing forward.

MF Fabinho, 4 — The Brazilian’s adaptation to the Premier League is still going on, it appears. He felt the wrath of Klopp’s frustration on the touchline multiple times throughout. This was Fabinho’s third straight start, but he struggled to keep pace with the play.

MF Georginio Wijnaldum, 6 — Playing in the No. 8 role, he was part of a midfield trio that was overrun in the first half. I guess it’s no surprise that the ship was steadied when Wijnaldum, Liverpool’s most consistent performer this season, played as a defensive midfielder.

MF James Milner, 7 — Struggled in central midfield in the first half, and then improved when put out on the right flank. His finish was emphatic. With all the firepower Liverpool possess, it was Liverpool’s Mr. Reliable who delivered against Arsenal.

FW Roberto Firmino, 6 — Back in his usual false nine role at the start but then the tactical switch saw him drop deeper. He never really looked settled in the game and Liverpool are still longing for his form of last season. His clever run was central to Mane’s disallowed goal, however.

FW Mohamed Salah, 7 — Another good all-round display from the Egyptian, doing things most wouldn’t normally associate with his game.

FW Sadio Mane, 6 — Once again, not at his best, although he should’ve have been on the scoresheet by being in the right place at the right time.

FW Xherdan Shaqiri, N/R — A difficult game to enter and, therefore, he struggled to make an impact in the 10 minutes he was on.

DF Joel Matip, N/R — Came on for Salah for the final minute of injury time.