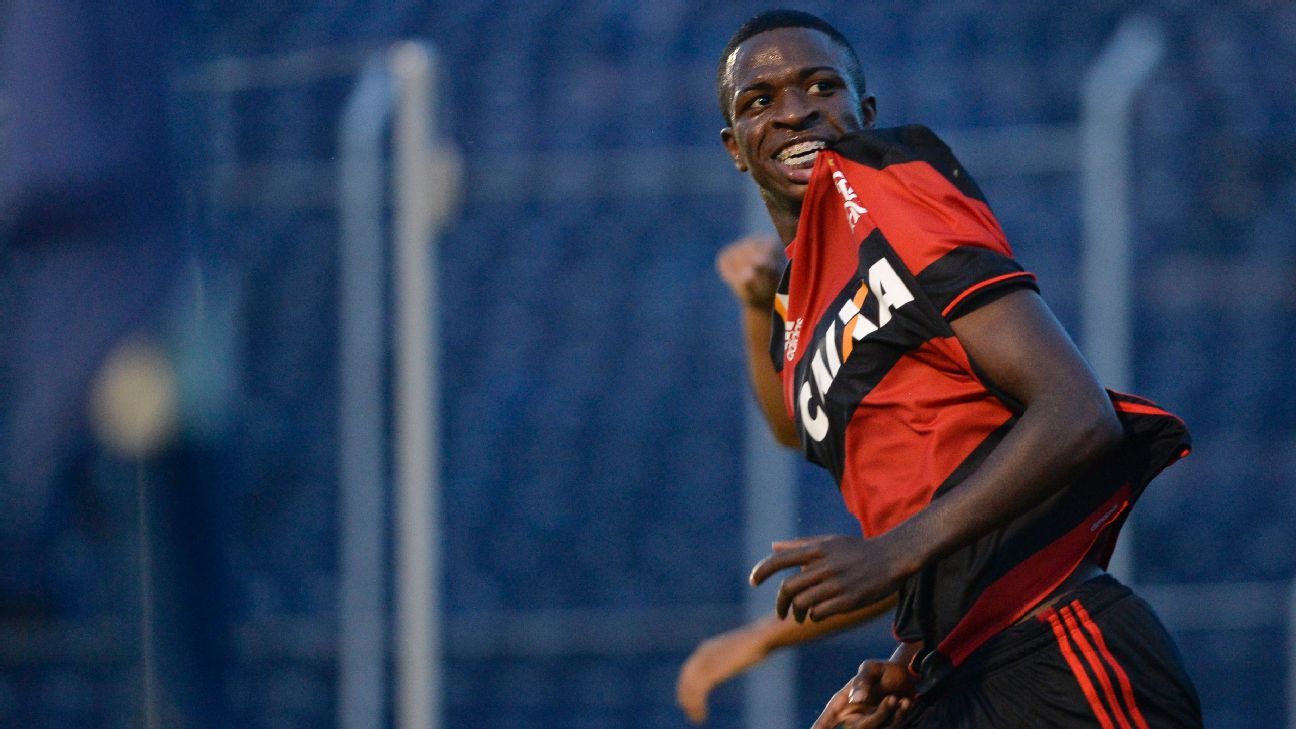 
Future Real Madrid player Vinicius Junior says he “must be patient” as hype over the 17-year-old continues to grow following his double strike in Flamengo’s 2-0 win over Atletico Goianiense last weekend.

Madrid announced in May that they had signed Vinicius, then just 16, with the reported €45 million transfer effective in July 2018 when the Brazil youth international turns 18 and is legally permitted to move.

The teenager has been eased into the senior setup at Flamengo during the current Brazilian season, netting his first senior goal as a substitute in a 5-0 Copa Sudamericana second-round win over Chilean club Club Deportivo Palestino earlier this month.

He added two more goals as he completed his first ever 90 minutes in the Brasileiro against Atletico Goianiense on Sunday. Both were smart finishes when he was released behind the opposition defence, leading some local pundits to compare his finishing to that of Brazil legend Romario.

Speaking to Marca afterwards, Vinicius said that despite calls from elsewhere for him to get more playing time, he was happy to take his time and do whatever was required to help the team.

“I know I must be patient,” he said. “I realise some people want me to play more, but everything comes with time. The most important thing at the moment is to keep scoring goals and helping Flamengo.

“I am relaxed and happy. It was always my dream to play as a professional for Flamengo, but I did not know it would happen at just 16. I am proud of this.”

Since making his first-team debut at the Maracana in May against Atletico Mineiro, Vinicius has made 18 appearances in all competitions, playing 520 minutes in total.

Flamengo are currently fifth in the Brasiliero table, 15 points behind leaders Corinthians, with the season just past the halfway mark.

Even just a few months into his senior career, Vinicius said he has learned of the pressures which come from representing such a big club.

“For all I have seen in my short career so far I knew there would be a lot of pressure,” he said. “I am playing for the best team in Brazil.”