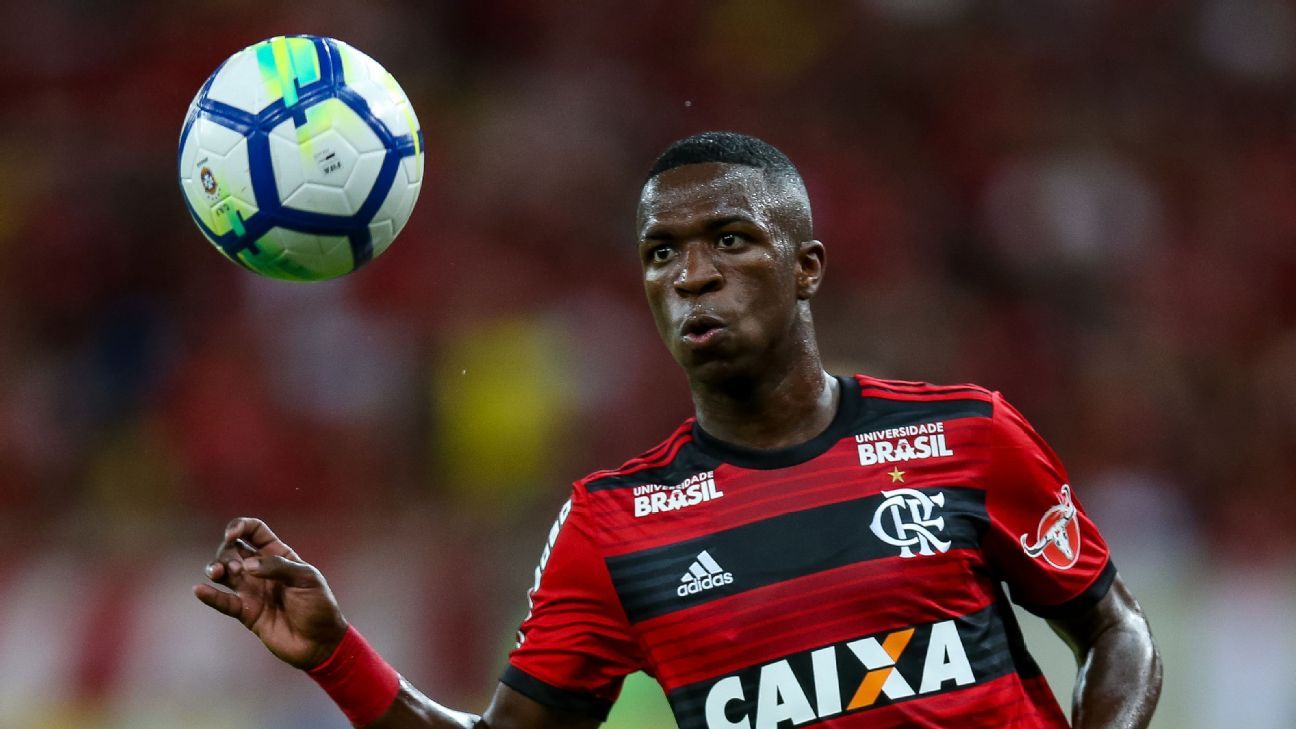 
Future Real Madrid forward Vinicius Jr. told the Guardian it is his dream to play together with Neymar at the club.

Vinicius, Brazil’s underage star, had yet to make his senior professional debut with Flamengo when he agreed to join Madrid last summer, with the €45 million transfer effective once he turns 18 in July.

Neymar, the Paris Saint-Germain forward, is a longtime target of Madrid president Florentino Perez, and regular speculation remains that a deal to bring him to the Bernabeu could finally be pushed through this summer.

“If God wants, Neymar and I will play together at Real Madrid,” Vinicius said. “I would definitely be in favour of him moving to Madrid because it would be my big dream to play in the same side as Neymar. He is my idol in football. If had a chance to play with him, I would feel very happy.”

Another inspiration, Vinicius said, is future teammate Cristiano Ronaldo because of his consistency and hard work over more than a decade.

“Every day, I say thank you for being blessed with the gift of playing football,” Vinicius said. “The dream of any player is to have the gift but very few have. I have been given this gift and my desire to improve is even stronger. In this respect, Cristiano Ronaldo is my inspiration. I admire what he has been doing for the last 10 years, playing at such a high level. It is not just talent and quality but hard work, too. I hope to be able to tell him that one day.”

Vinicius first come to prominence outside his home country when leading Brazil to victory with seven goals at the Under-17 South American Championship last year.

He has had a strong start to this year’s domestic and Copa Libertadores campaigns, including two goals in the 3-0 league win at Ceara on Sunday, and it remains to be seen whether he remains at Flamengo at least until their continental campaign ends in the autumn.

“I want to become one of the best players in football and win a World Cup,” he said when asked about his longterm ambitions. “I want to reach my goals and make my family proud.”