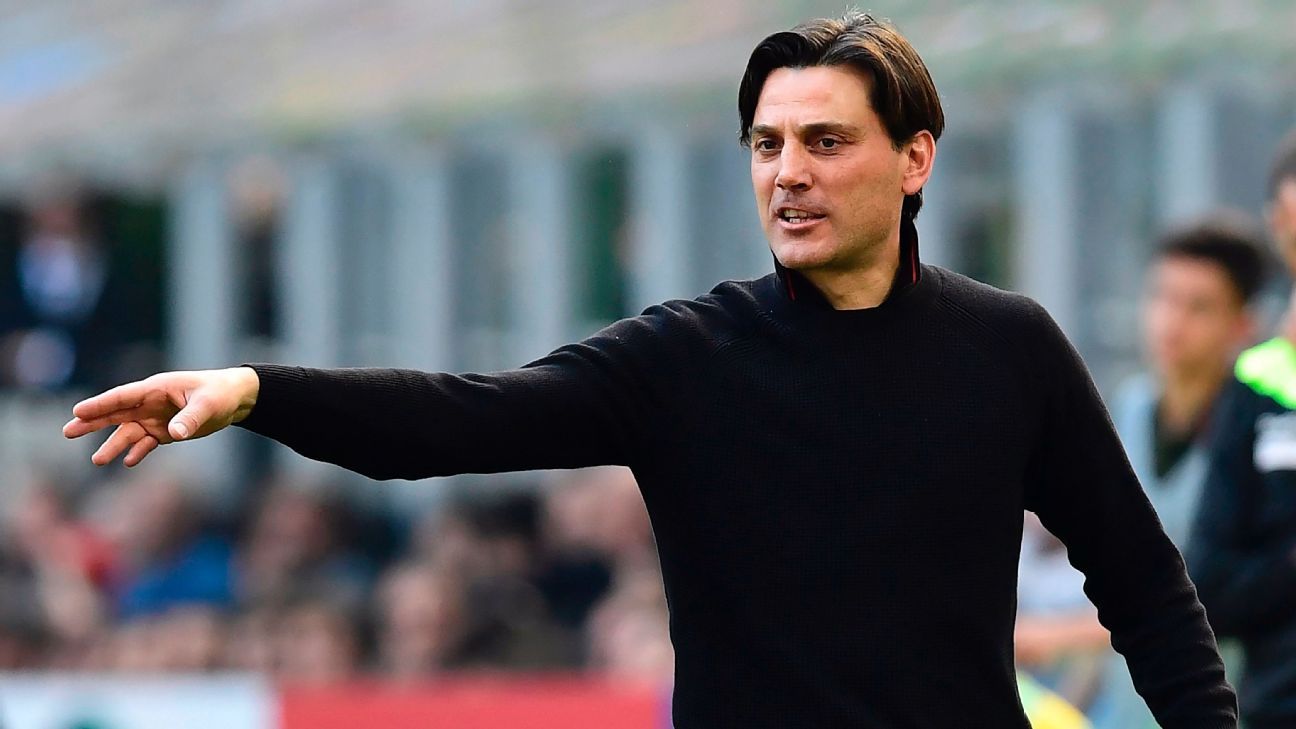 
Vincenzo Montella says anything less than qualifying for the Champions League next season would be a failure as AC Milan began preseason training on Wednesday.

The Rossoneri have spent in excess of €100 million already during this summer’s transfer window, while it is looking increasingly likely that Gianluigi Donnarumma will commit to a lucrative new contract.

Montella will welcome Franck Kessie, Hakan Calhonoglu, Andre Silva, Fabio Borini, Ricardo Rodriguez and Mateo Musacchio into training over the coming days, and with such a squad at his disposal he says the top four is an obligation.

“I’m full of enthusiasm,” the Milan coach told a news conference. “The team is growing and becoming complete with new players arriving all from different leagues so I think our aim is to qualify for the Champions League.

“We are going to have to fight with teams like Roma, Inter, Lazio, Atalanta and Napoli and it’s going to be hard work, but I expect my side to show the same spirit from last year and I can see a lot of enthusiasm among the fans. Our objectives are realistic.

“I coached Fiorentina for three years and finished fourth each time, which would mean the Champions League. That is where we want to be and it will be up to what happens on the field to decide if we make it. We have important ambitions we want to realise. We are not setting ourselves any limits.”

Milan’s spending this summer is not set to stop either, with Andrea Conti expected to arrive from Atalanta.

General manager Marco Fassone also said that there will be further transfer activity over the next seven days, and he expects Donnarumma to arrive for training on July 11.

“We will decide what to do at the end of the week,” he said. “One player will arrive and several will leave. There will be surprises. We have fulfilled two thirds of our objectives.”