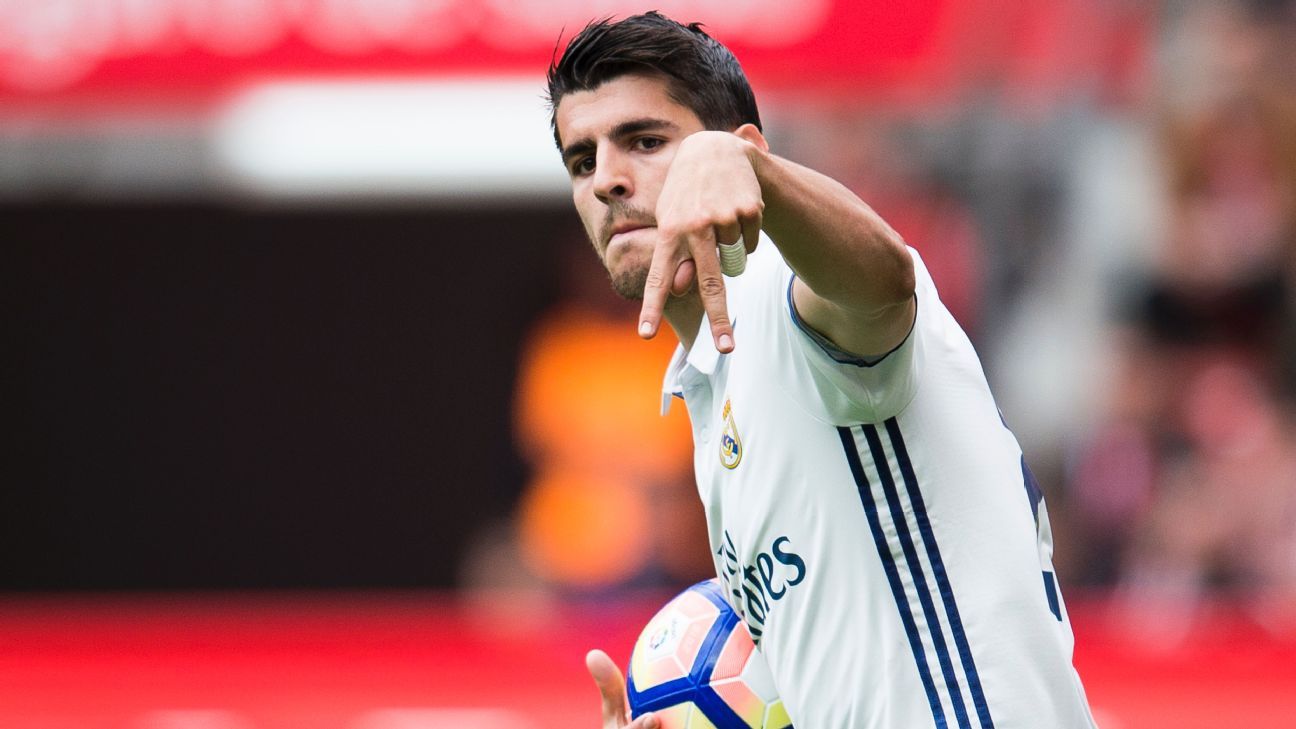 
AC Milan coach Vincenzo Montella has told Tuttosport that he would welcome the signing of Alvaro Morata from Real Madrid this summer.

Morata, 24, is linked with a move to join the Rossoneri as they look to build upon the sixth-place finish and challenge for a return to the Champions League.

Montella likened the Spain international to some of Europe’s top strikers and said he hopes he could give Milan a lift in front of goal.

“Then there are [players] who can be more or less functional for the system I provide, which is 4-3-3.

“A player like Morata gives you a lot of solutions.

“Our finishing has not been at the same level as the football we showed. So we have to do more in front of goal.

“We already know what we want in the transfer market, but so do other teams.”

Morata has scored 18 goals in the Champions League and La Liga for Madrid this season but has only started 15 games across the two competitions. He is contracted to Los Blancos until 2021.