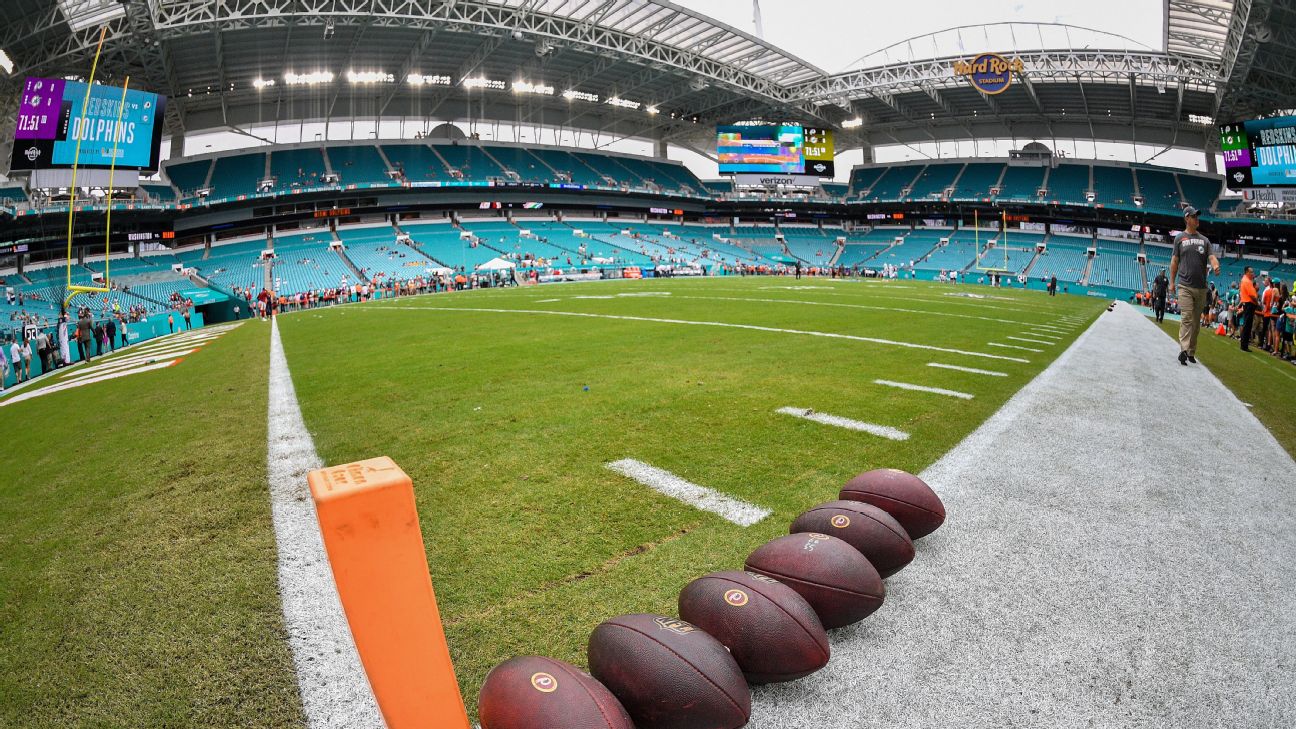 
La Liga has formally requested permission from the Spanish FA for the Dec. 8 clash between Atletico Madrid and Villarreal to be played in Miami, Florida.

Both clubs are in agreement with the league and Villarreal released a statement on Thursday, stating they will compensate home fans if the location change to the Hard Rock stadium — home of NFL franchise the Miami Dolphins — is approved.

Villarreal vice-president Jose Manuel Llaneza met with La Liga executives earlier in the week, and club president Fernando Roig confirmed on Thursday discussions with the Spanish FA had begun before the statement was released.

“I don’t know if we will accomplish it, but I hope we do,” Roig told Onda Cero radio.

“I think it’s good to export the Spanish league in such an important country as the United States. We’ve only just started [negotiations], it’s early on. It will be the first time in history and I think it’s good that Villarreal and Atletico will play this game [in Miami].

Luis Rubiales, president of the Spanish FA, hinted the organisation will again oppose a league game staged overseas, however, as they have before.

“We could go back in time and give the same comments we gave a year ago,” Rubiales said.

“There is a FIFA executive committee stance that when a local competition game is played, it is at the stadium of the local team, whereas when it’s regarding a competition in a neutral venue, it can be played away from their stadium.

Last season, La Liga attempted to stage Girona’s home game against Barcelona in the United States, but even with the support of the two clubs, the plan was rejected by the Royal Spanish Football Federation (RFEF), who in turn had FIFA’s backing.

La Liga need the support of the RFEF, as well as Spain’s Sports Council, UEFA, CONCACAF and U.S. Soccer in order to move the game away from Villarreal’s La Ceramica stadium.

“We have to continue to take steps and I would like there to be a general consensus,” Roig said. “I would like for this to happen, but with everyone on board. It’s not good to go against the current.

“There is no impediment by Atletico Madrid, nor by us. [Atletico] are in agreement. We are working so that we reach a good conclusion.”

Sources have told ESPN FC that Atletico coach Diego Simeone is not happy with the situation, but that he understands the club will receive a useful financial boost from it after last summer’s investments on transfers.

According to Thursday’s statement, Villarreal fans will be compensated for missing out on a home game if the location change is confirmed.

“I don’t envision any problems,” Roig said. “We will explain everything to the fans once we get it done, but for the time being, there is nothing.”

While the RFEF has not yet authorised La Liga to play a regular league game overseas, the Spanish FA staged last season’s Spanish Supercup in Morocco, marking the first time it was held abroad.

The Spanish FA rejected the chance to stage this year’s Supercup in the United States, but is considering Saudi Arabia as “a possibility” from 2020.