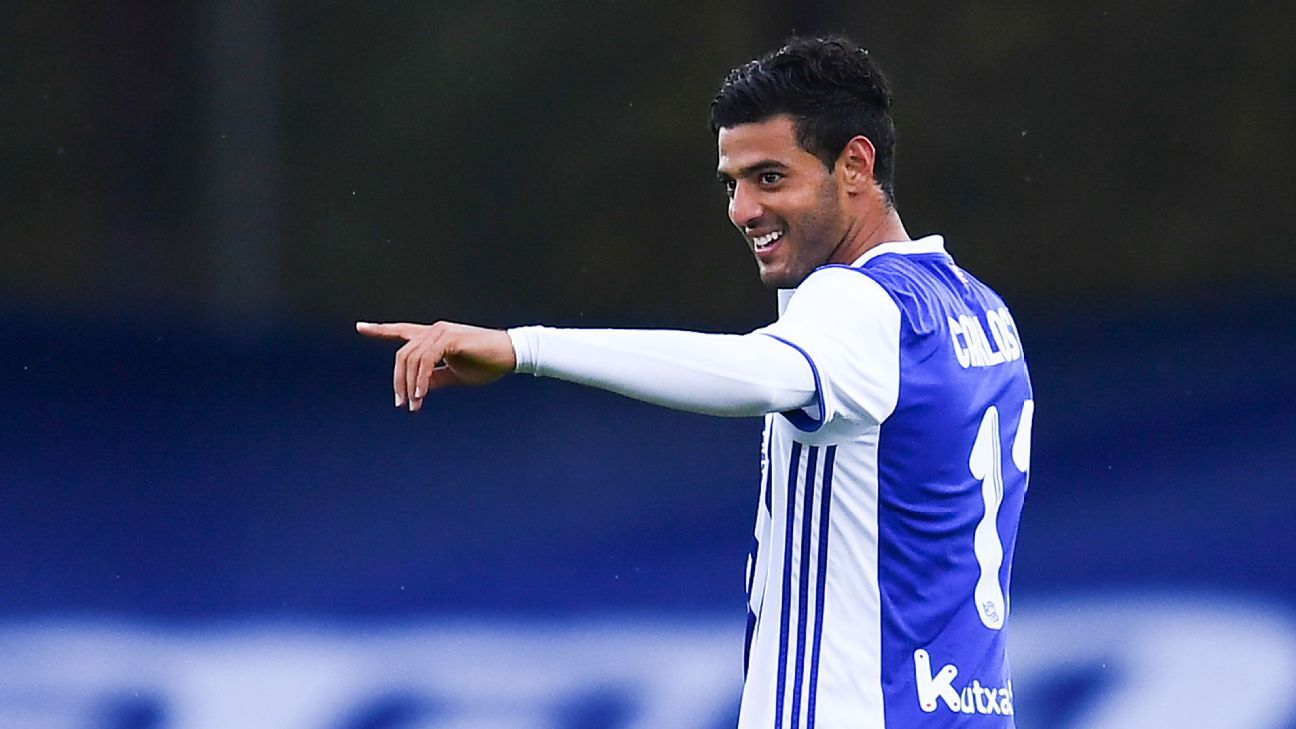 
The wave of Mexican players to MLS is real.

The news that Carlos Vela will be joining Los Angeles FC shouldn’t come as a shock. The 28-year-old has long been linked with MLS, has previously said he would like to be nearer to his family in Mexico and will have his Mexican friends and LA Galaxy brothers Giovani and Jonathan dos Santos as neighbors.

And it would be no surprise if this is the beginning of a trend that is likely set to crescendo in coming years.

“I can tell you that 30 to 35 percent of MLS’ fan base is Hispanic,” MLS commissioner Don Garber said a little more than a year ago. “That is bigger than any other pro league in America. … We would love to have the best possible Mexican players that we could convince to come to MLS, but it’s up to the player.”

At that time, the league boasted Erick “Cubo” Torres and Gio dos Santos. In the past two weeks, MLS has agreed to sign two players who are fundamental to the Mexican national team. Former Barcelona midfielder Jonathan dos Santos broke through as an important player at the Confederations Cup and is coming off the best season of his career with Villarreal, and Vela’s talent is undisputed.

Indeed, you could make the argument that Vela is Mexico’s most talented player in terms of raw ability. His cultured left foot, intelligence and technique is elite level. Vela came up through the same youth system as Javier “Chicharito” Hernandez in Chivas, and if you talk to their coaches from that period, it was obvious who was the bigger talent.

Vela’s career has been plagued by inconsistency, but he was named one of La Liga’s top three forwards in 2013-14, ahead of Lionel Messi. And the outcry about the Cancun native’s no-show for 3½ years with the Mexican national team wouldn’t hurt El Tri fans if he wasn’t a little bit special.

What will LAFC and MLS get? Potentially the league’s best player. That might seem an exaggeration, keeping the likes of David Villa and Sebastian Giovinco in mind, but Vela can and should be looking to overtake them.

But it’s difficult to know how Vela will respond to this new stage of his career. This is a player who did what many believe is unthinkable by refusing a call from Miguel Herrera to play at the 2014 World Cup. He has said that he prefers watching basketball to football and hasn’t previously been a model professional, at least at times.

On the other hand, Vela seems to have matured of late, is now a father and is more relaxed around the Mexico camp. He appears to be a much more rounded person, giving a good news conference ahead of Mexico’s important summer in his first words to the Mexican media in years. And, while Mexico fans might not be happy, it is worth pointing out that Vela left home as a teenager to sign for Arsenal. That might not have worked out as planned, but only a handful of Mexican players have done more than Vela in Europe.

Finally, for Juan Carlos Osorio’s project as head coach of the Mexican national team, this is another significant blow. Make no mistake about it. The Colombian has stressed time and again that he wants to see Mexico’s best playing at the highest level of competition possible. Vela has done the opposite. Over the space of just a couple of days, two of Mexico’s starting players have dropped from arguably the strongest league in the world to one that arguably isn’t in the top 10.

Vela will not be tested by MLS defenses in the same way as in La Liga. And the fact he will play until January for Real Sociedad and then make the move to Los Angeles will have potential consequences for Osorio.

How will he adapt to L.A.? What will having a brief winter break and then a preseason mean in a World Cup year? How motivated will Vela be to make the most of the last years of his career?

There are plenty of questions surrounding Vela’s move to the United States and how it relates to El Tri. One thing that is becoming increasingly clear, however, is that he is unlikely to be the last Mexican to sign for a MLS team in the coming years.