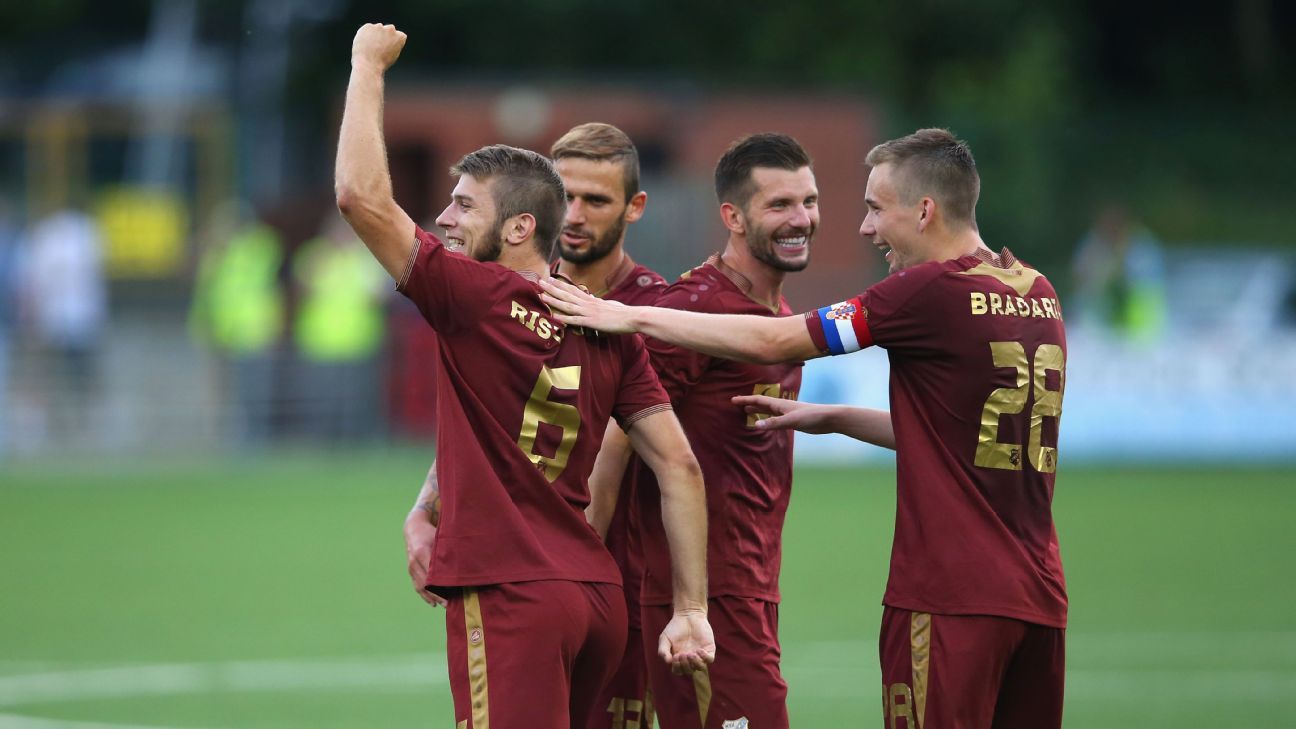 
Vardar advanced to the Champions League third qualifying round by surprising Sweden’s Malmo 3-1 on Tuesday to go through 4-2 on aggregate.

The Macedonian champions scored three unanswered goals in the second half from Boban Grncarov, Tigran Barseghyan and Boban Nikolov to see off Malmo, who reached the group stage two years ago.

Substitute Mario Gavranovic had a pair of goals to guide Rijeka to a 5-1 rout at Welsh club The New Saints, as the Croatian club completed a 7-1 victory.

Azerbaijan’s Qarabag finished off Georgia’s Samtredia 1-0 with Wilde-Donald Guerrier’s goal to go through by an aggregate score of 6-0.

Iceland’s FH scored a 79th-minute penalty to secure their place with a 3-1 aggregate win over Faroe Islands’ Vikingur after a 2-0 second-leg victory.

Kazakhstan club Astana managed a 1-1 draw against Latvia’s Spartaks to go through 2-1, while Partizan Belgrade‘s goalless draw at Buducnost Podgorica was enough to ensure a 2-0 aggregate win.