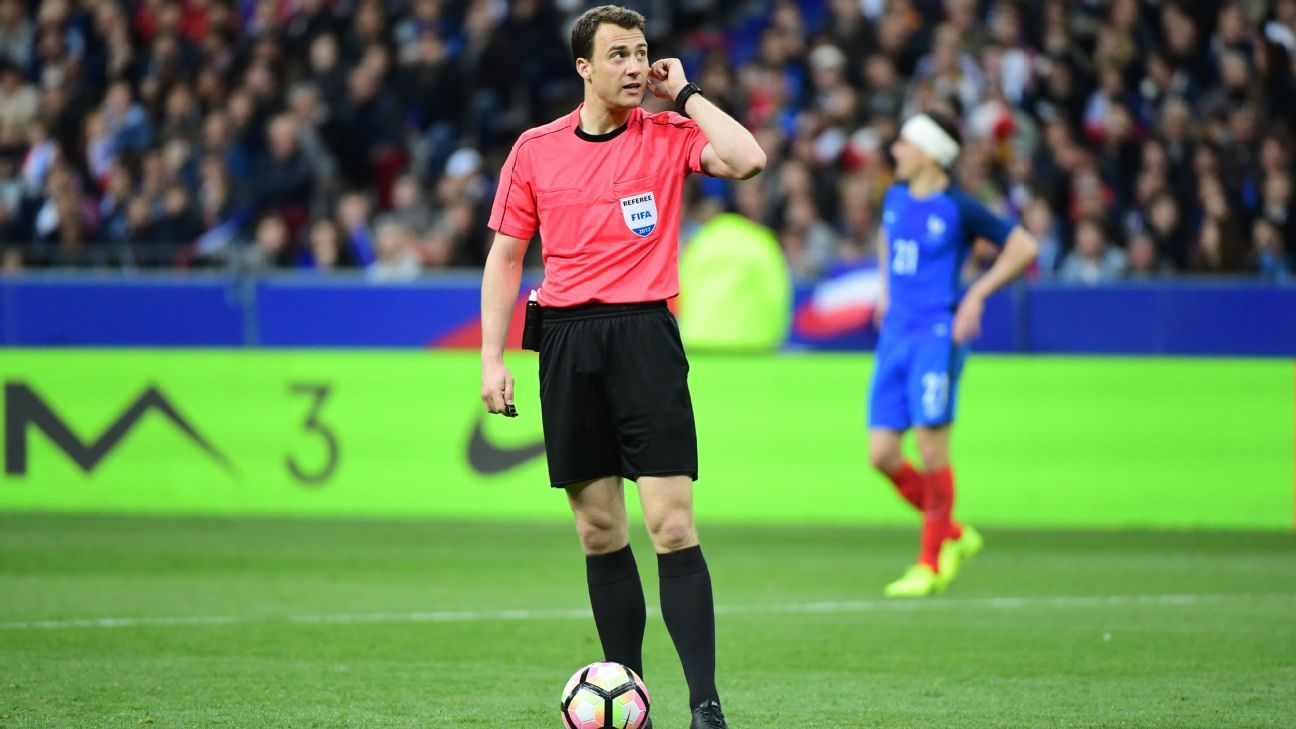 
Howard Webb says diving players will run the risk of “immediate punishment” under the introduction of the Video Assistant Referee system.

VAR is to be introduced in Major League Soccer from Aug. 5, as well as from the third round of the upcoming season’s FA Cup, ahead of a potential wider implementation which will be decided upon sometime after the 2018 World Cup in Russia.

Retrospective punishment for diving will already be introduced for 2017-18, but the arrival of VAR will provide the greater deterrent of immediate punishment for those involved.

The new system will be used to rule on the validity of contentious goals, penalty decisions, direct red cards and cases of mistaken identity.

It will therefore also exclude diving outside of the area, but if a referee is suspicious of anything within it, the use of VAR can eradicate any uncertainty and result in at least a yellow card.

Webb’s stance on the need for video technology changed in 2009 with Thierry Henry’s handball in the build-up to France’s winning goal in a World Cup qualifying playoff that led to Ireland’s elimination.

Since his retirement Webb has become MLS’ manager of VAR operations and, asked about diving, he responded: “If it involves the award of a penalty — so the referee gets conned, player goes down, no contact at all — the VAR can check it.

“The VAR sees that it’s a clear dive. He will recommend the player has committed simulation and should be cautioned.

“[The referee] would go back and cancel the penalty. He’d award a yellow card to the player and he’d restart the game with an indirect free kick.

“There would be an immediate punishment which is miles better than retrospective action because that player would not otherwise get the punishment on the day.

“It’s better than having no VAR because the penalty would stand otherwise, wrongly.

“If the player dived and wasn’t penalised by the referee the VAR can’t get involved in that because it is not a penalty that has been given wrongly.

“We can accept there might be the odd occasion when a free kick’s given wrongly on the edge of the area and leads to a goal. That might not feel right, but I understand why; we’re not checking all free kicks [to protect the flow of the game].

“A big test is how [VAR] performs in the 2018 World Cup in Russia. IFAB [The International Football Association Board] have said they will make a decision in 2018 or 2019 as to whether they will incorporate it into the laws of the game.”

Webb was among the world’s leading referees but as recently as last year he spoke of how he was “gutted beyond belief” to have missed a flying kick by Nigel de Jong on Xabi Alonso in the 2010 World Cup final that should have resulted in a red card.

“My opinion changed [with Henry’s handball] with regard to the video replays assisting referees,” the 45-year-old said.

“On the back of the handball [Swedish referee Martin Hansson] didn’t referee at the World Cup in South Africa. He was fourth official but he would have been a ref.

“Within five or six seconds you could see Henry had clearly handled the ball. You didn’t need to be a genius to work it out, it was a handball that could be quickly rectified.”