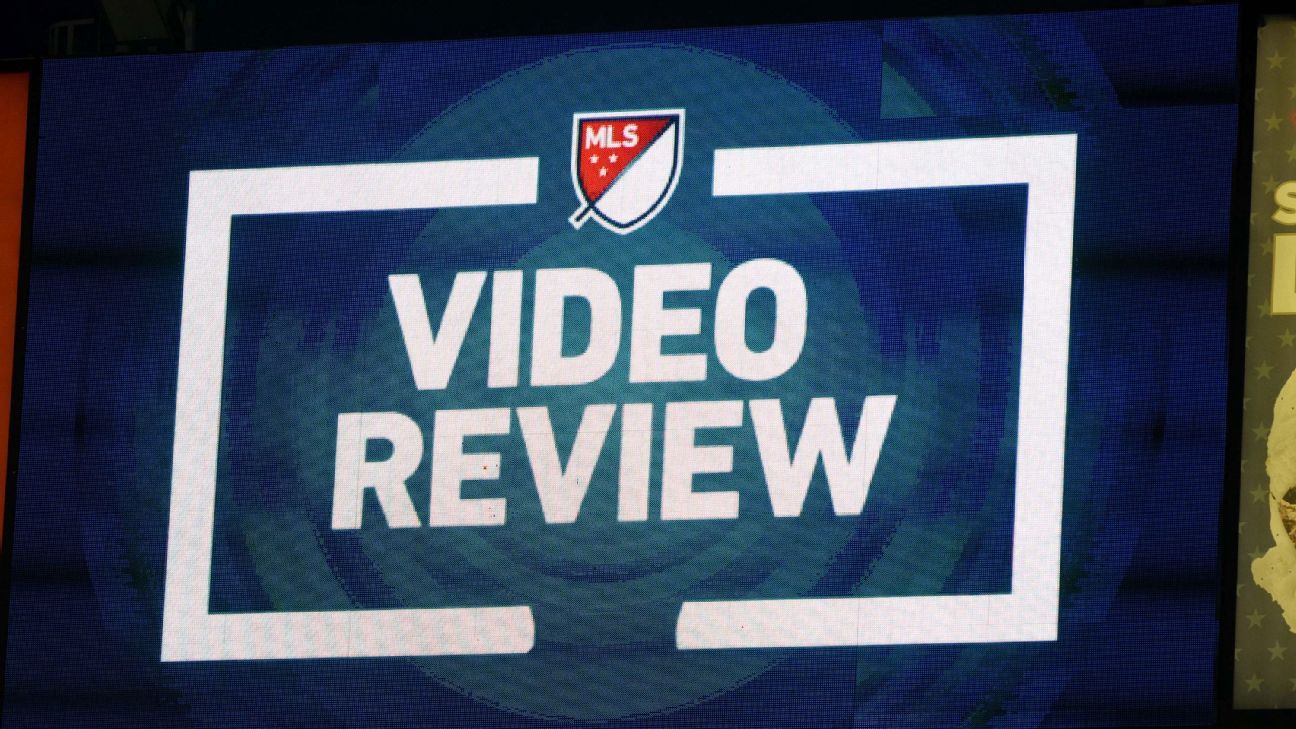 
In the end, it still comes down to the people watching the screens.

Video assistant referee (VAR) made its debut in MLS over the weekend — so refereeing controversy is therefore a thing of the past, right? Well, no.

VAR instantly played a part in several MLS games, and the early signs were that it will become a useful and hopefully minimally invasive tool in the referee’s armory. But there was still plenty of space for the subjective opinions of referees, players and coaches to clash over the general handling of games, regardless of what the screens ended up showing on key plays.

Disgruntled New York Red Bulls coach Jesse Marsch alluded to this Sunday evening after his side’s 3-2 loss to rivals New York City FC. Complaining about the cumulative decisions made by referee Baldomero Toledo, and suggesting he’d made decisions according to whoever was leading the game at the time, Marsch referenced the new technology and one specific viewer witheringly:

“VAR can’t correct the inability to see a game clearly and get the little plays right.”

Marsch can expect a fine, and lovers of coaches speaking beyond platitudes in news conferences can rest assured that outbursts like this did not die with Mike Petke’s “freaking headlock” illustrated lecture in a Real Salt Lake postgame news conference a couple of weeks back. VAR will aid a few calls, but it won’t take the heat out of the game anytime soon.

But VAR has already changed the trajectory of at least one game. The Portland Timbers ran out as pretty comfortable winners over the LA Galaxy on Sunday afternoon, but in the early stages of the game, with both sides having already drawn blood, the Galaxy had a chance to determine the tone of the game when Gyasi Zardes looked to have scored a second LA goal after a goalmouth scramble in the 10th minute.

The teams had already reset for the restart when the call for the VAR came, and it was a great spot. Even the ESPN announcing team, with the benefit of multiple replays, had missed the handball by Zardes that led to the goal, but the officiating team got to it and correctly called the referee’s attention to the infraction.

It was a key moment in the game, for sure, but also potentially a key moment in the season for Zardes, who thought he’d finally broken his drought to get his first goal of the year. Instead, he got a yellow card, and Galaxy coach Sigi Schmid was left being careful what he’d wished for, after his extensive consulting role in the development of VAR during his months away from the dugout.

And in Philadelphia, Dallas thought it had pegged back the Union’s lead late in the game only for a VAR call to reveal a kick to Union goalkeeper John McCarthy as Dallas’ Cristian Colman ran in on goal. The ball subsequently spilled to Maxi Urruti, who put it in the net, but the VAR process saw the goal waived off due to the initial collision between McCarthy and Colman.

In both the Portland and Philadelphia games, the process was reasonably timely; in the Union game, the time between the initial foul and Sebastian Salazar completing his review was 2 minutes and 6 seconds.

Philadelphia forward C.J. Sapong later described the delay as “nothing that interrupted the flow of the game too much — it’s good that they got it right.” Given Philadelphia’s occasional flakiness in defending a lead, and Dallas’ propensity for sensing blood, Sapong perhaps had good reason for celebrating the decision that preserved the Union’s two-goal lead late on, but he was definitely right that the whole process was certainly no more disruptive than even a modest injury break.

Elsewhere, VAR’s role was mostly a subsidiary one; a kind of reassuring baseline for referees who knew colleagues were monitoring action and ready to draw their attention if a mistake looked to have been made.

It didn’t erase subjective calls, of course. The Colorado Rapids wanted a penalty for an Andrew Jacobson handball in an incident against Vancouver, and since such incidents are automatically reviewable by VAR, the video assistant looked at it but didn’t ultimately interrupt the game for a review by referee Nima Saghafi, considering there was no clear and obvious error by the man in the middle.

Of course, as Marsch would argue, one person’s “clear and obvious” is not the next person’s. His counterpart in Sunday’s New York derby, Patrick Vieira, merely smirked happily when asked about the referee’s performance in the same game. No two people see the same landscape, even when they’re looking at the same screen.