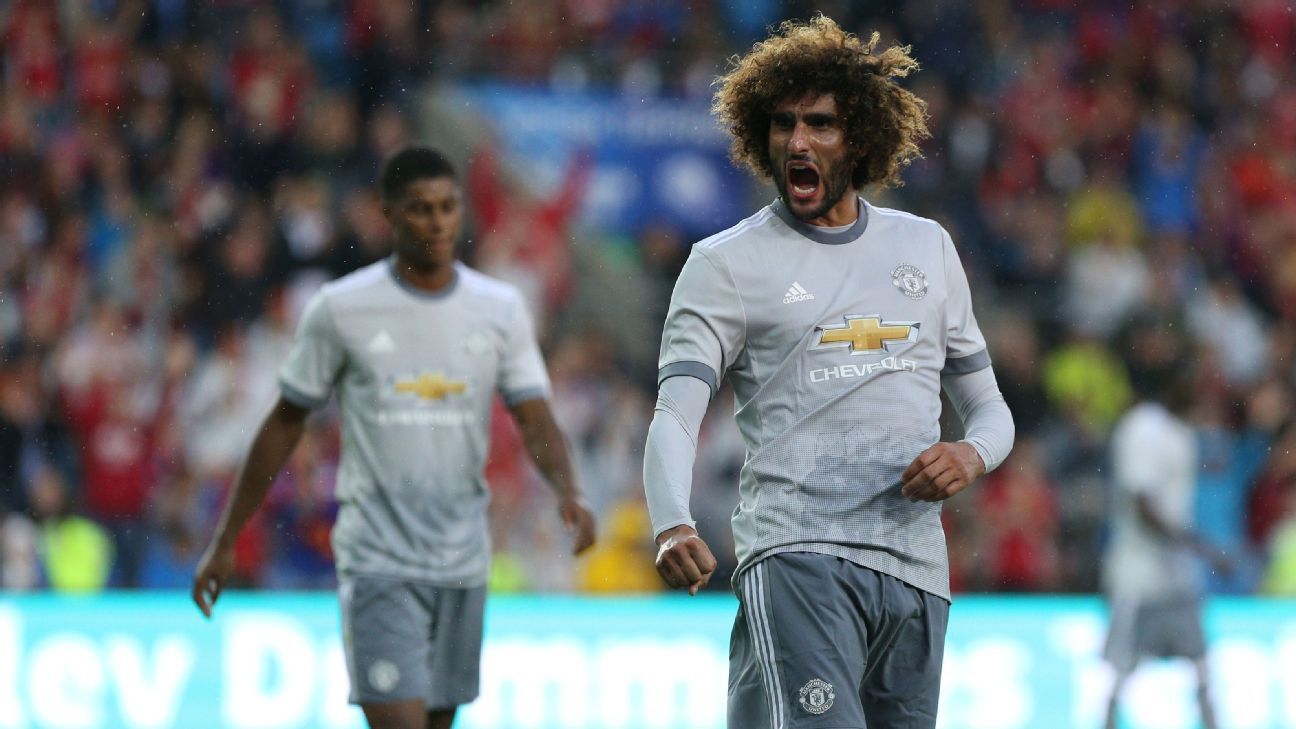 
Marouane Fellaini made his case to stay at Manchester United this summer with a goal in a 3-0 win over Valerenga in Oslo.

News that United are on the verge of signing Nemanja Matic in a £40 million deal from Chelsea broke just hours before kick off at the Ullevaal Stadion.

But Fellaini, who has been linked with a move to Galatasaray, took his chance to show why Matic’s arrival shouldn’t necessarily mean the end of his stay at Old Trafford.

The Belgium international got the first goal just before half-time before Romelu Lukaku and Scott McTominay got on the scoresheet in the second half.

The day before United flew to Norway, a Galatasaray director gave an interview suggesting Fellaini is for sale and is “close” to a move to Turkey.

But he didn’t play like someone who fancies Istanbul.

Picked from the start by Jose Mourinho, he won the ball in midfield inside the opening minute and gave Juan Mata the chance to set up Henrikh Mkhitaryan for the first opportunity of the game.

He ended the half even more impressively.

With a minute to go before the break, Mkhitaryan swung in a cross from the right and Fellaini headed into the net at the back post. There was no badge-kissing but it wasn’t a muted celebration, either.

United’s Scandinavian fans had at least seen a goal after a 0-0 draw against Valerenga here during the summer tour in 2012.

It was nothing more than United deserved, especially after Paul Pogba had hit the inside of the post with a curling effort from the edge of the box after 12 minutes.

You couldn’t tell Valerenga, managed by former Celtic boss Ronny Deila, are halfway through their season. They are, though, seventh out of 16 teams in Norway’s top flight and, at times, it showed.

After starting with a back four, Mourinho switched to a back three after half-time.

Lukaku came on to play up front alongside Anthony Martial and it took him just two minutes to double the lead.

The £75m striker headed in Andreas Pereira’s corner at the near post to score his third goal in six games this summer.

McTominay added a third after 70 minutes with a clever turn and finish after Martial had caused panic in Valerenga’s defence with a powerful run forward.

Three goals, a win and a new signing is a good day even by Mourinho’s high standards.